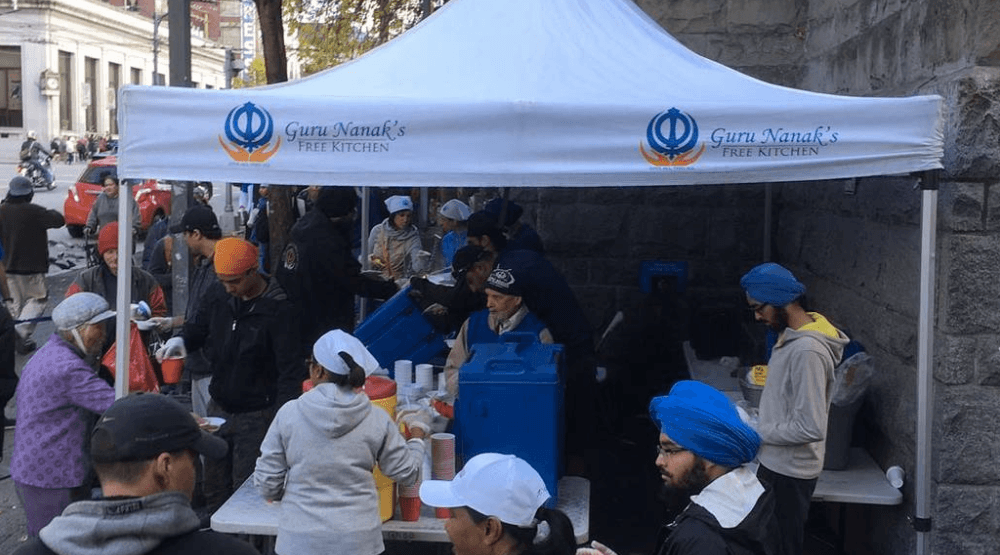 Every Sunday at 12 pm in the heart of the Downtown Eastside, there is a lineup for Indian food.

The smells of warm, fragrant spices fill the air as volunteers from an organization called Guru Nanak’s Free Kitchen assemble on the corner of Main and Hastings Street to serve hot lunch to those in need.

Guru Nanak’s Free Kitchen is a Sikh-based Vancouver volunteer initiative that has been serving meals in the Downtown Eastside since 2007.

“Essentially what we do… is prepare langar at the gurdwara (Sikh temple) and we take it to the Downtown Eastside or anywhere we identify as low income or in need and then we serve it,” Raman Khaira, a volunteer coordinator with Guru Nanak’s Free Kitchen, told Daily Hive. 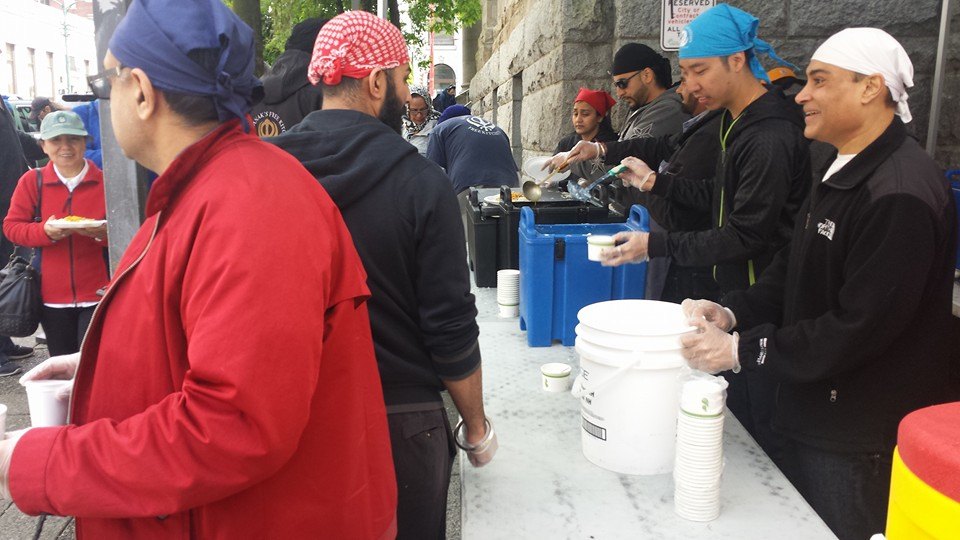 In the Sikh religion, langar is a term used to describe the common kitchen where food is served at a gurdwara (Sikh temple). Langar was started by the first Sikh Guru, Guru Nanak Dev Ji, in 1481.

Every gurdwara has a langar hall where people of all backgrounds are welcome to enjoy a free vegetarian meal. This concept of giving back with food is the driving force behind Guru Nanak’s Free Kitchen.

“It’s a huge part of giving back,” said Khaira. “Our religion is based on serving (and) supporting the community, no matter what background or class (you) are.”

The first Guru Nanak’s Free Kitchen took place in 2007 and the volunteer program has grown over the decade. The group now serves meals in the Downtown Eastside every week and at various shelters twice a month. 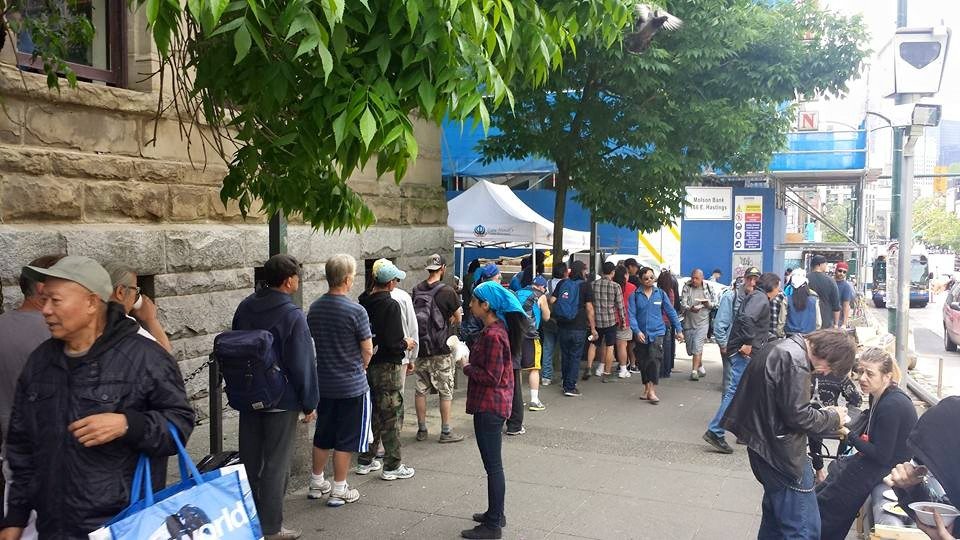 Guru Nanak’s Free Kitchen serves meals rain or shine. Given Vancouver’s cold winter, Khaira says that there has “definitely been an increase” in the number of people lining up for warm lunches.

“Even before we start up, there is already a line up forming for us,” said Khaira, adding that the Indian food is quite popular with the crowd. “They appreciate that it’s fresh.”

For Khaira, knowing that he and his fellow volunteers are helping those in need– even in a small way–is uplifting.

“When you’re supporting the community and you’re not coming in with an agenda, they are absolutely welcoming,” he said. “It’s about respect as well and the fact that we treat them as equals.”