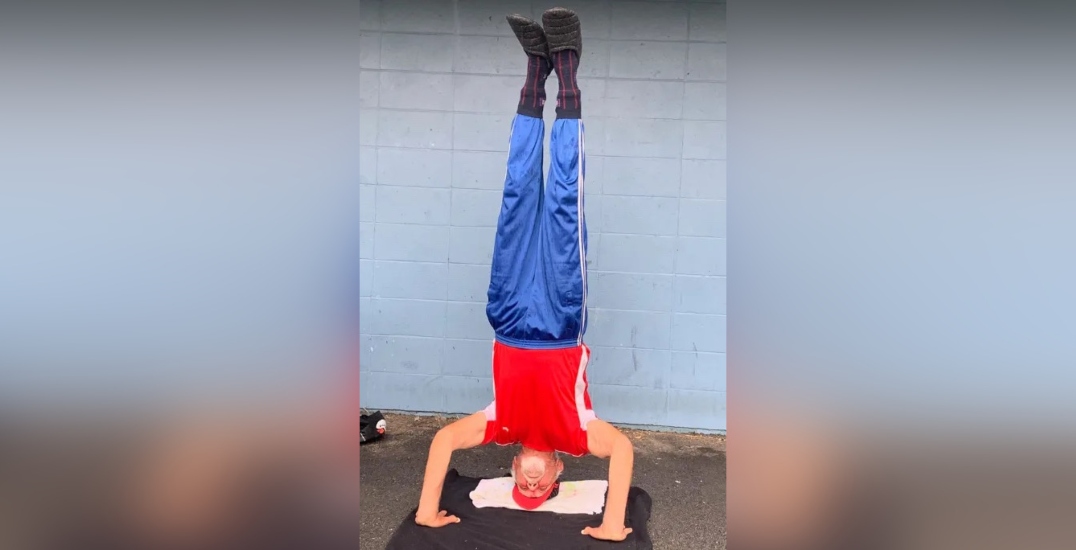 The 75-year-old Quebec man is now officially the oldest male to perform a headstand, in the eyes of the Guinness World Records.

The Deux-Montagnes native achieved the feat in October at 75 years and 33 days old and was officiated by the global record book on Wednesday.

According to the Guinness World Records, Helou wanted to prove that it’s possible to achieve “great things at any age.” Having always been fit, the world-record headstander says he would often walk on his hands for fun as a young man.

At age 55, he began training and working towards becoming healthier by running every day, doing pushups, and doing headstands up against a wall. He says the pose has always come naturally to him, but he’s learned to perfect his technique throughout the years.

“At the beginning it was hard, but I found the right way to do it and it is much easier now,” he said. Helou says his biggest challenge was doing the headstand on concrete the day of his record attempt.

Helou encourages first-time headstanders to balance against a wall to protect themselves if they happen to fall. In the future, the 75-year-old says he would love to face his fears head-on (pun certainly intended) and attempt a headstand using just two fingers.

He hopes his current record title will inspire elders to make healthy food choices, stay active, and prove to the world that “it’s never too late to be fit.”

Helou says his daily routine consists of going to sleep and waking up early, running for 15 to 20 minutes, drinking coffee, and practicing his headstand followed by 20 pushups.

According to Guinness World Records, Helou’s daughter Rola says her father has been doing headstands for “as long as she can remember.”  She recalls one specific memory when Mr. Helou bought her a 10-speed bicycle for her 15th birthday. “We were at a park having a picnic and my dad rode up to us on my new bike, except he was doing a headstand on the bike as it was rolling,” said Rola. Realizing her father’s skill was quite unique due to his age, she encouraged her dad to reach out to Guinness World Records.

“My dad immigrated from Lebanon 45 years ago. When he retired 10 years ago, he did not know what to do with himself because he had always worked so hard,” said Rola. “I told two of my neighbours and by the end of the day, the whole neighbourhood knew about it.”

Rola says Mr. Helou’s favourite thing to do — besides hanging upside down — is meeting and chatting with random people and discuss his newfound record title.