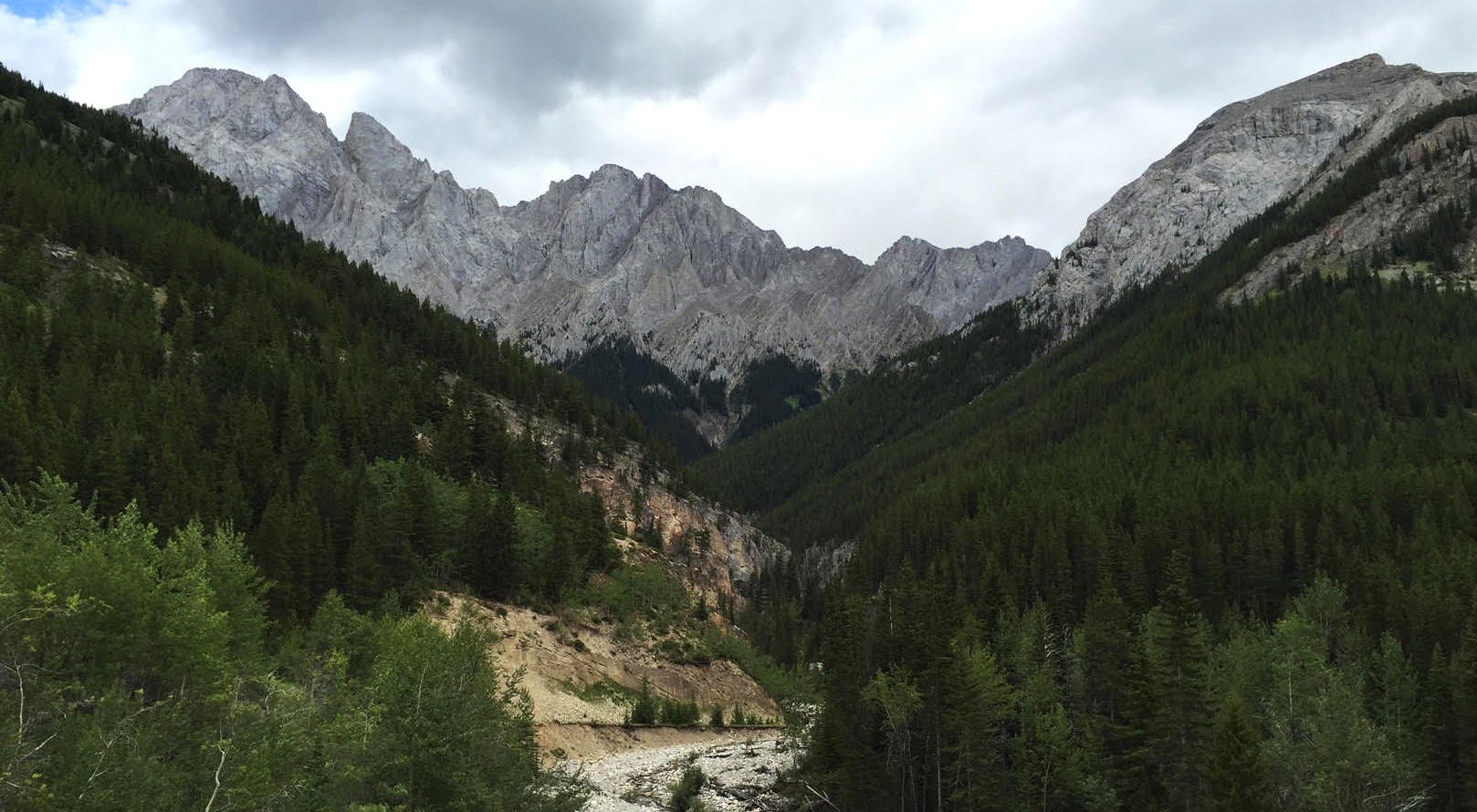 How close is too close when you’re in bear country? When we booked our 72-hour camping trip last February in Kananaskis, the bears were still in hibernation. By the time we arrived for a weekend in August, the bears were out and hungry. So hungry that everywhere around us in the Canmore area, trails were closed and warning signs were out.

The good news? There is a bumper crop of shepherdia, aka buffaloberry, this year and the bears are actively feeding. That makes them less aware of their surrounding. The bad news? When bears are less aware of what’s around them, it’s that much easier for humans to accidentally surprise them. And that’s exactly what happened 71.5 hours in to this very memorable 72 hours in Kananaskis.

4 pm: Check in at Sundance Lodges 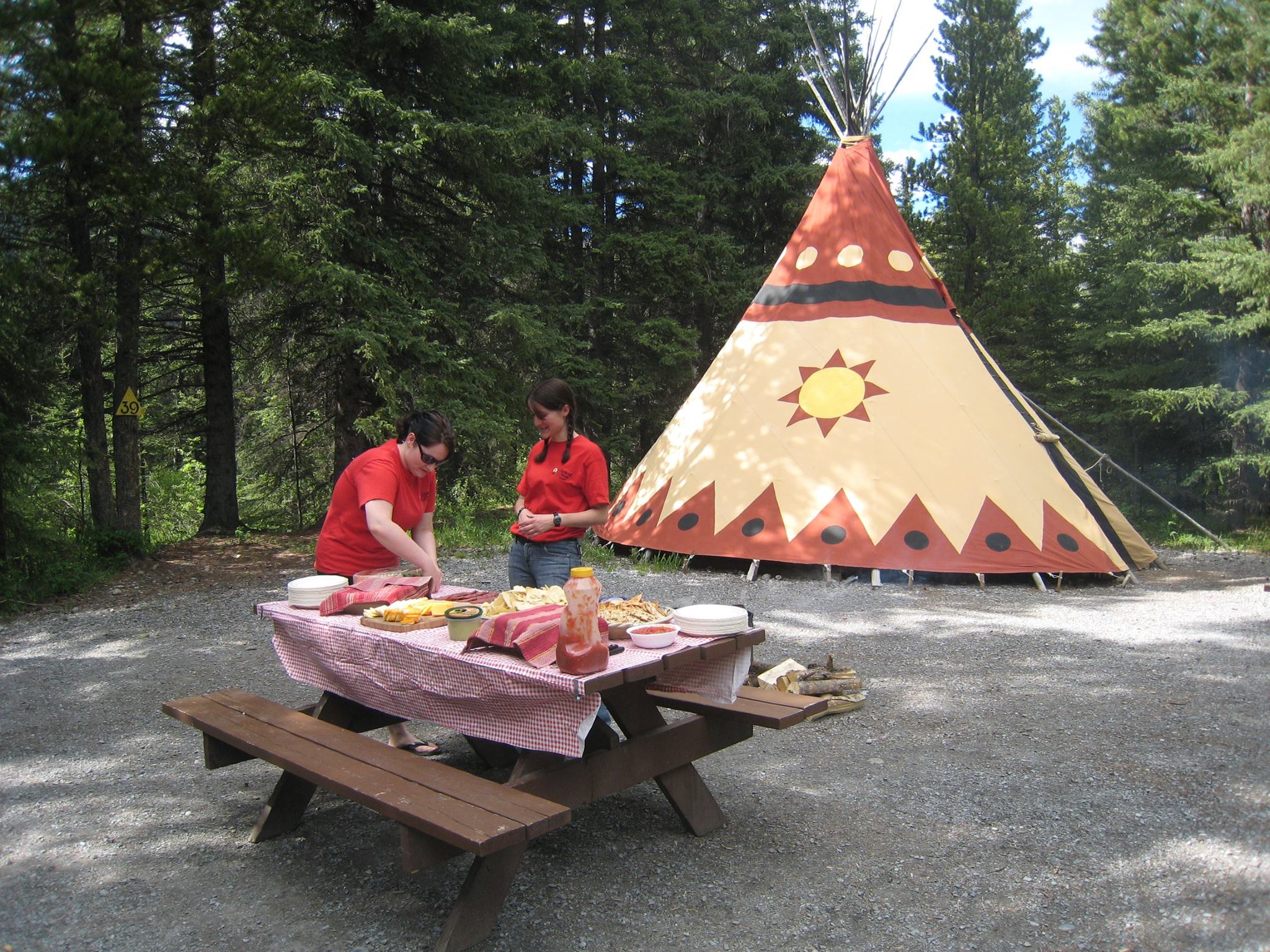 Kananaskis Country is 4,200 square kilometres but if you want to find a place in the wilderness to have a hot shower and still be in the middle of nowhere, Sundance Lodges is ideal for those who want to rough it but not go completely back to nature. Banff and Calgary are less than an hour away, just in case you run out of marshmallows.

You’re not in a hotel so don’t be expecting to head down to the lounge for a drink. If you’re camping at Sundance Lodges, you’ll need sleeping bags, your own food, something to cook with and something to light the fire. Chances are you’ve forgotten something so head to the Trading Post where you can pick up supplies including firewood and bug spray. 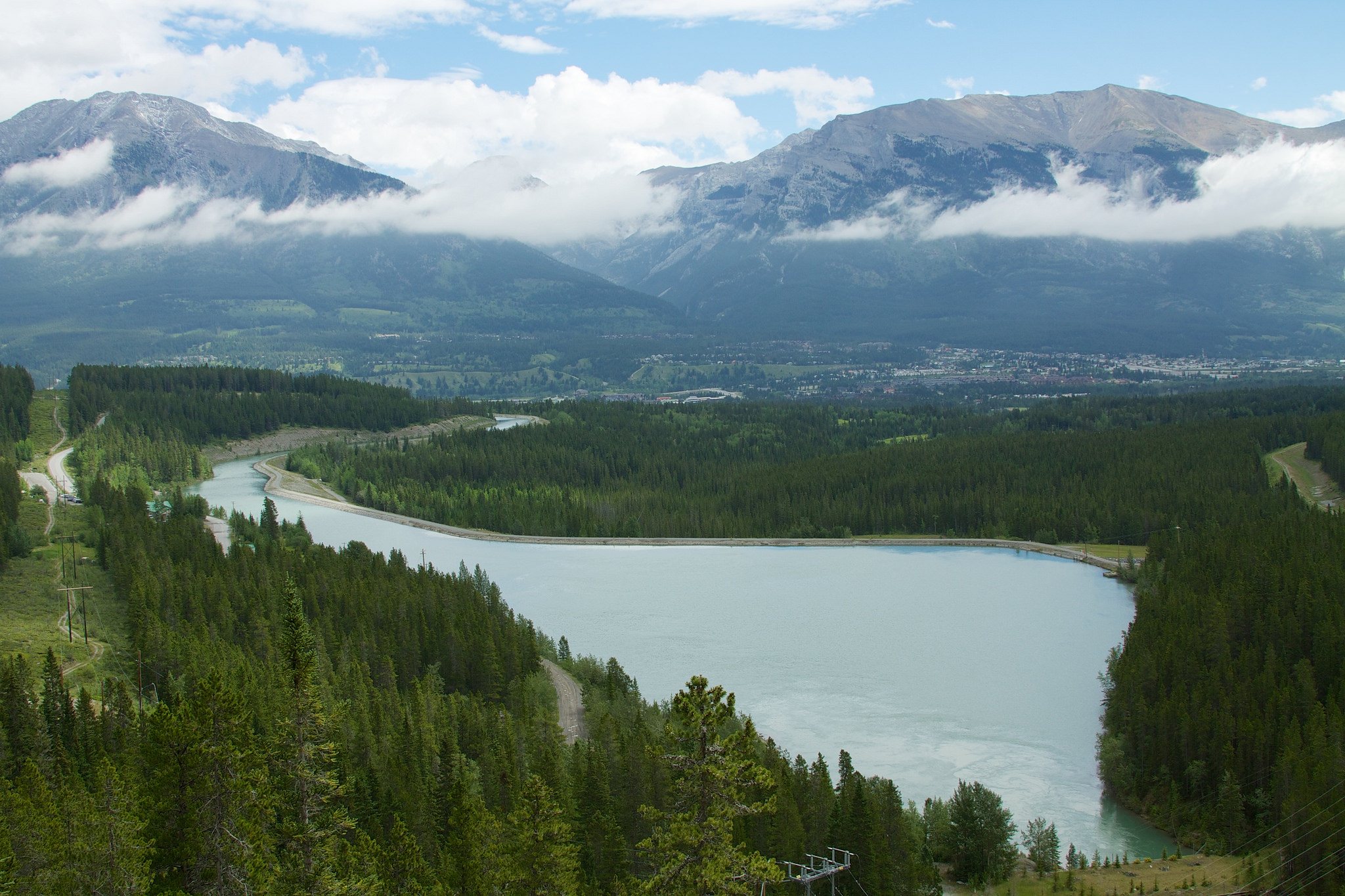 A view from the Grassi Lakes Trail (McKay Savage/Flickr)

A hike is ideal when you’re travelling in a big group, because everyone can go at their own pace. Grassi Lakes Trail is a few miles out of Canmore, the closest town to the campsite.

The trail, named after an Italian immigrant miner who loved hiking in the area and built hiking trails on his days away from the mine, is a two-mile loop. It’s busy with both serious hikers and others, including kids and seniors with mobility issues, taking the picturesque route.

At the beginning of the trail, we heeded the advice of those familiar with the route and turned left. That’s the harder trail to do. The easier trail on the way down takes you along stone steps built by Lawrence Grassi himself alongside a waterfall.

9 pm: Gather round the campfire

The stars are out in the wilderness. The campfire is toasty and so are the marshmallows. This isn’t the weekend to be heading out to get a drink at a speakeasy, so sit back in your fold-up chair and enjoy the stars and your fellow campers. 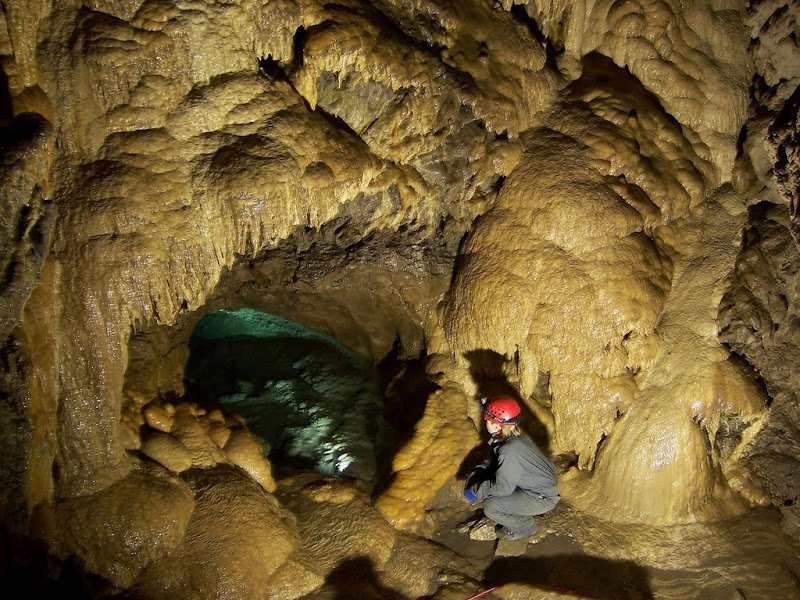 After spending time in the outdoors, head indoors, way indoors. Take the Explorer Tour with Canmore Cave Tours. The tour company has a number of tours and you can even sign up for lessons on how to be a “caver.”

The Rat’s Nest Cave is a constant 5°C all year round, meaning no matter how hot or cold it is outside, it’s pleasant inside the cave. The cave was designated a provincial historic site back in 1987 and has four kilometres of explored passages under Grotto Mountain.

Tours can take two to four hours, depending on which one you sign up for. Along the trail, guides will explain the geology of the area, what geological machinations it took to form caves and the fossils that can be seen if you know where to look. There are bighorn sheep and also signs of a bear or a cougar. You’ll see stalactites and stalagmites and a crystal clear pool at the bottom of the cave. You’ll climb, crawl, slither, squeeze into tight spots and get muddy. But in the end you’ll emerge back into the open. 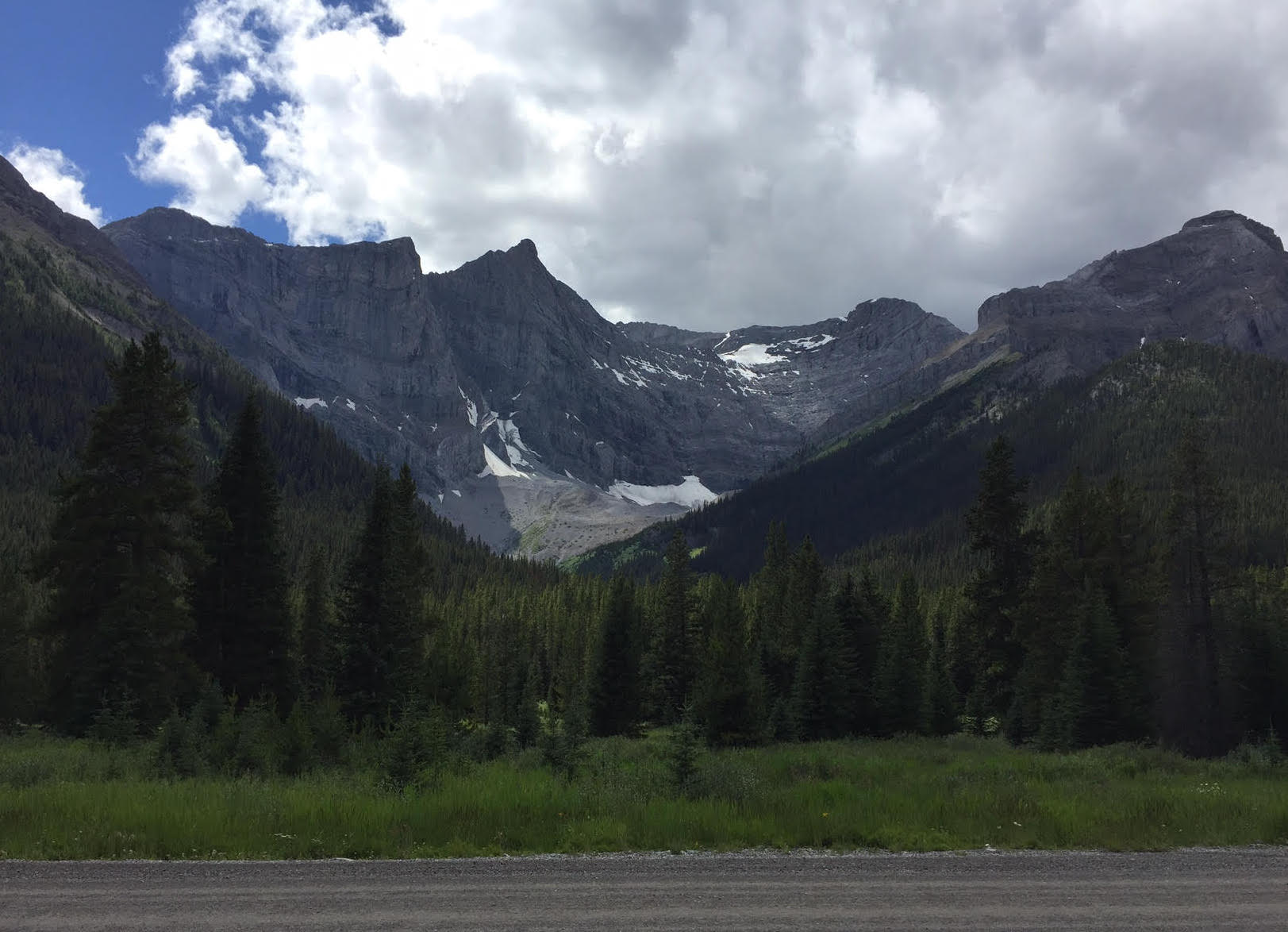 Grizzly and black bears are residents in the area and in most cases, they have no interest in encountering campers. But encounters between bears and people do happen and on the last day of our camping trip, the kids in the group ran back from the woods (as the adults were packing up), yelling that they had spotted a big bear with a tag.

We thought they were joking but a minute later, the conservation officer came by in her jeep with an antenna and ordered everyone into their tents.

When the area cleared and the conservation officer told us to re-emerge, this is what we learned. Running away and screaming that you had seen a bear was the absolute worse thing you can do during an encounter. If the bear is unaware of your presence, leave in the direction you came. If the bear is aware and does not leave, be non-threatening, speak calmly but don’t yell. Stay calm, back away slowly and don’t run. Remember, you’re visiting bears in their territory so be respectful.