Guardians of the Galaxy Vol. 2 is everything we loved about the Vol. 1, but on steroids and turned all the way up to 11. 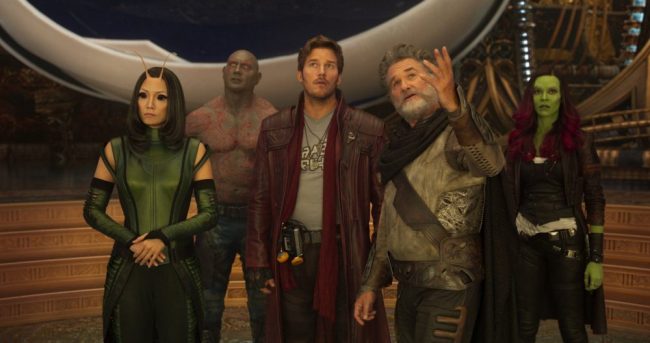 Anytime you have a surprise hit like Guardians of Galaxy was back on its release in 2014, the expectations of fans go into hyper drive ahead of a much-anticipated sequel.

It’s nearly impossible to catch lightning in a bottle twice. So what did writer/director James Gunn do to make sure that people didn’t leave the theatre going, “meh?” He took everything that we loved about the original and placed it in an expanded universe and cranked the volume on Peter Quill’s “Awesome Mixtape Vo. 2” cassette.

This is a spectacle full of laughs, and adventure with the same ragtag crew of delinquents who stole our hearts while saving the galaxy the first time around.

The good news is that the entire cast returns for the second outing with Chris Pratt, Zoe Saldana, Dave Bautista, Bradley Cooper, Michael Rooker, and Vin Diesel all featuring. There’s even a few added bonus actors in the form of golden oldies Kurt Russell and Sylvester Stallone. 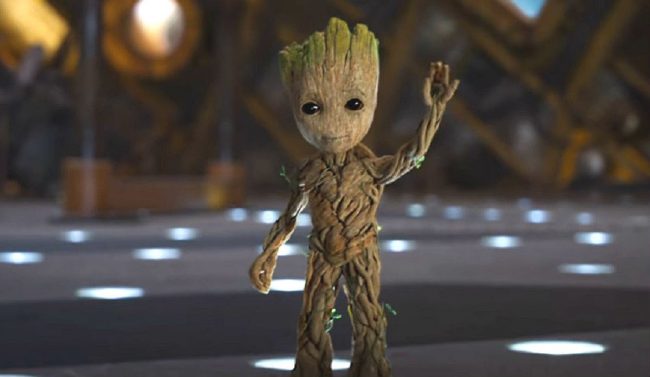 Without giving anything away, the film starts with the Guardians trying to get their hands on some valuable Anulax batteries and deliver them to the Sovereign. But when Rocket tries to pocket some, the deal goes south and the Guardians find themselves in hot water.

While trying to escape the wrath of the High Priestess Ayesha (Elizabeth Debicki) and her golden squad of drone flyers, the Guardians are rescued by a man who claims to be Peter’s long, lost father, Ego (Kurt Russell). Ego lives on his own planet with his helper, Mantis (Pom Klementieff) and he convinces Peter and his crew to visit them, and that’s when things get weird.

The rest of the story I will leave for your viewing pleasure, but expect the unexpected with a few twists and turns along the way. 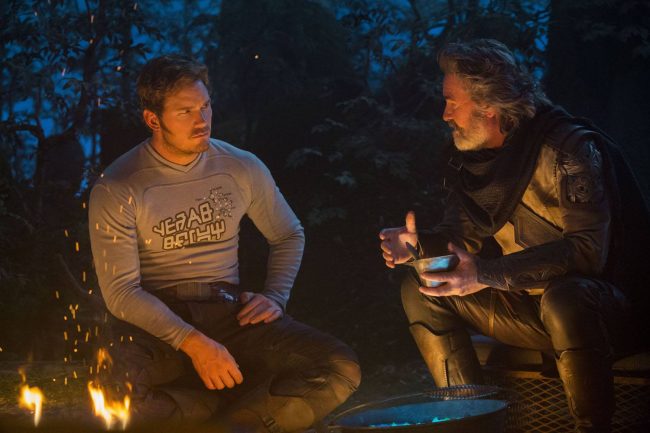 Of course this film is big on action, but once again it’s all done to an amazing soundtrack of 1970s radio hits. (Get ready to hear “Brandy (You’re a Fine Girl)” by Looking Glass over and over again.)

The special effects however, are where this movie really shines. The bright colours and the 3D really pop, and the CGI’ed figure of a young Kurt Russell wooing Star Lord’s mother back on earth puts Star Wars: Rouge One’s Grand Tarkin to shame. 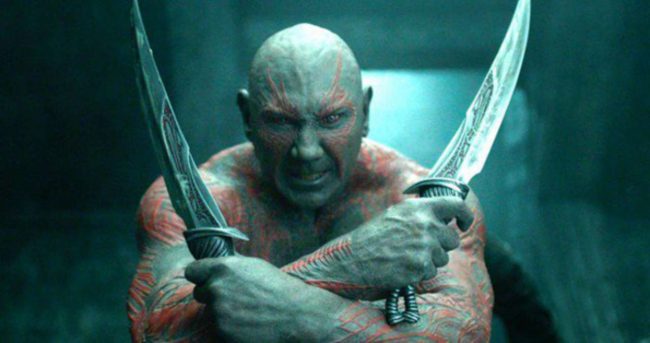 One of the most endearing things about the comics is that the stories go completely off the rails with characters who don’t fall within that clean cut, Captain America caricature. I would say this rendition captures even more of that vibe than the first film did.

Chris Pratt doesn’t miss a beat as Star-Lord and although his career has skyrocketed since 2014, his humour and charm are what brings this swashbuckling space hero to life.

However some of the biggest laughs come from, Drax played beautifully by Dave Bautista, who’s totally literal take on everything and lack of filter is even more brazen and hilarious than before. 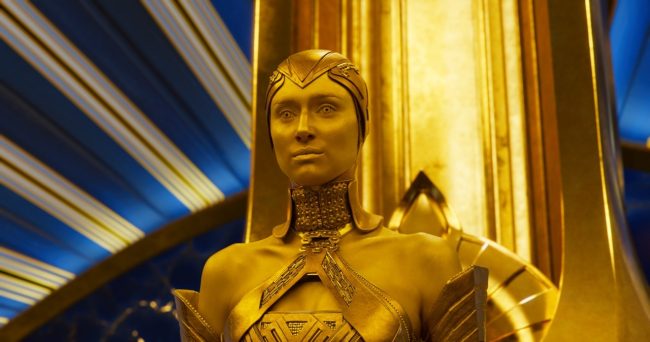 Guardians of the Galaxy Vol. 2 has so much crammed into it that it’s hard for me to touch on one thing that makes this movie great. It’s 137 minutes of a nonstop fun. There really are no dead spots or parts where you feel the film is really dragging. Maybe the only minor gripe I have is at the end were things get a bit too sappy for my liking. 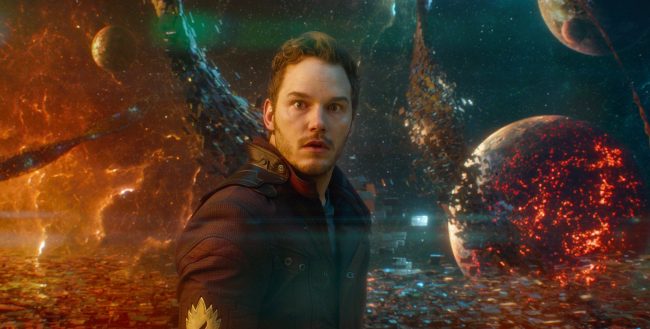 However for all of this film’s fun, what I loved most about this sequel is the heart that is infused into it all. It’s a film about family where the message of true love doesn’t get lost in the action.

It’s tough to make sequels that will please everyone, but if you were a fan of the first film, you’ll really enjoy spending more time with the Guardians of the Galaxy.

STAY AND WATCH THE CREDITS!  It’s a Marvel film, and by now you know the drill. There are FIVE extra scenes, so stick around.

In short, it’s easily one of the best movies of the year.