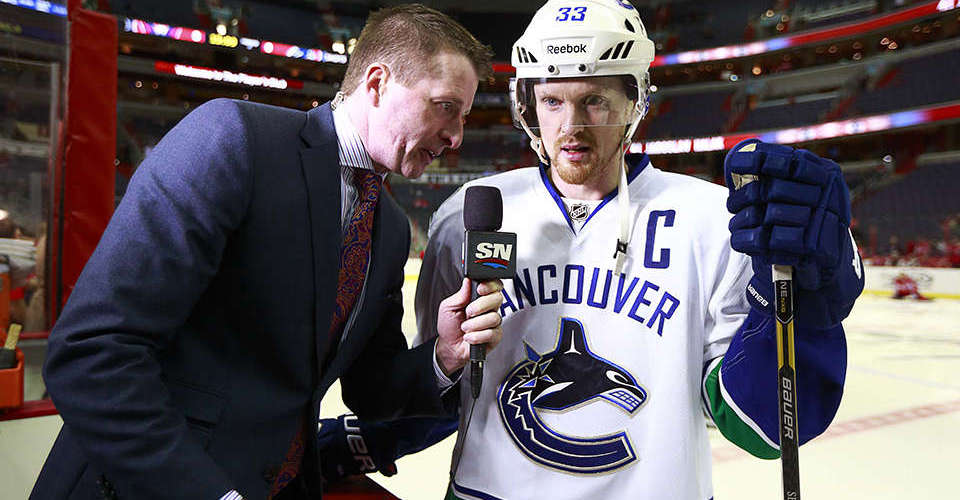 This week on everyone’s favourite Canucks podcast, Mike Paris and I are joined by the host of Canucks broadcasts on Sportsnet, Dan Murphy.

Along with being the host of all Vancouver Canucks regional broadcasts, Dan Murphy is also the co-author of Journeyman with Sean Pronger. Murphy also writes regularly on Sportsnet.ca in a series called ‘Naked Eye vs Nerdy Guy’ where he collaborates with advanced stats guru Thomas Drance.

This is a fantastic episode that provides some behind the scenes stories about Ryan Kesler, Rick Rypien, John Garrett, John Shorthouse, and others!

We also breakdown the moves of the Vancouver Canucks over the summer, and talk about what role analytics play within teams and media.

As we always do, we take your questions from Twitter throughout the episode.