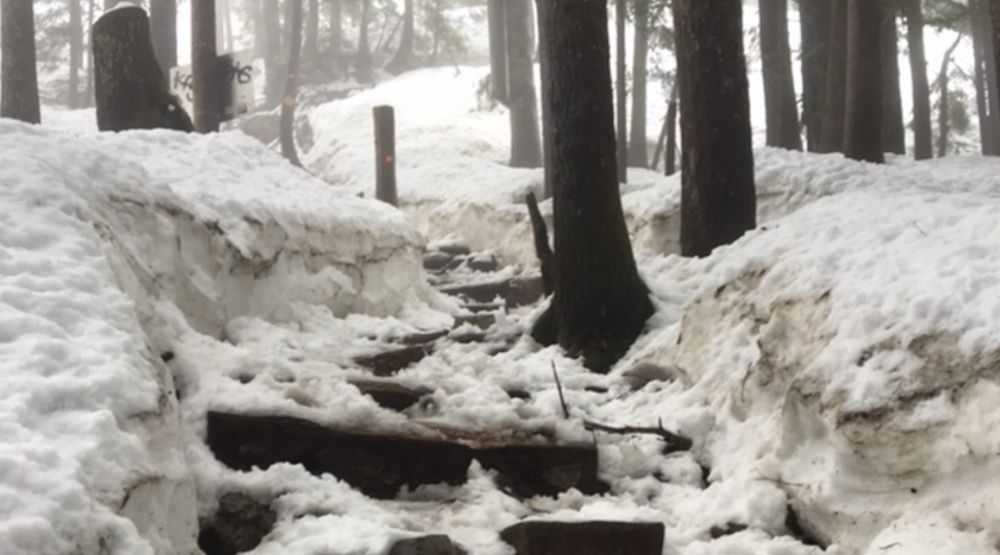 It’s one of of Metro Vancouver’s most popular hiking trails, but on Tuesday, the Grouse Grind on Vancouver’s North Shore was closed due to deteriorating trail conditions, as a result of the weather.

According to officials, the “Grind” has been closed due to snow, ice and slippery conditions.

It’s certainly good news for skiers and snowboarders, as Grouse Mountain Resort is open for the winter season and received a fresh dump of snow overnight.

But for those who still want to go up the mountain, rather than down, Metro Vancouver has noted that the Grind’s neighbouring trail, the BCMC, is still open.

However, anyone attempting that trail today, or over the next little while, is advised to properly prepare for the trek, which includes dressing in proper layers, and bringing appropriate equipment, such as microspikes, for the soles of their footwear to minimize the risk of slipping and falling.