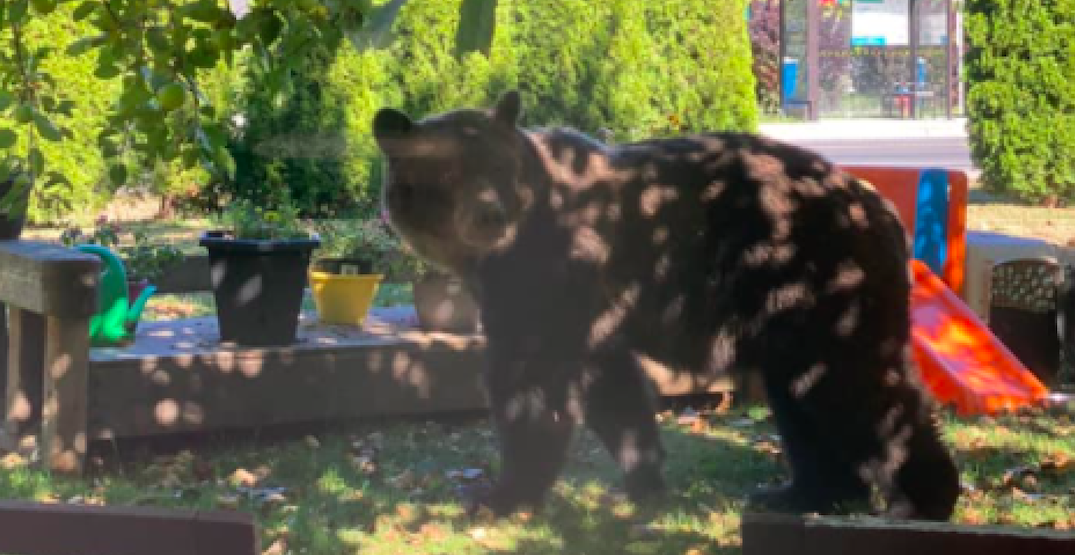 The bear in Squamish (BCCOS)

A grizzly bear that was spotted in a residential area of Squamish this week has now been captured.

According to the BC Conservation Officers Service (BCCOS), the bear had been feeding on fruit trees in the Garibaldi Estates neighbourhood, but showed “no signs of aggression.” 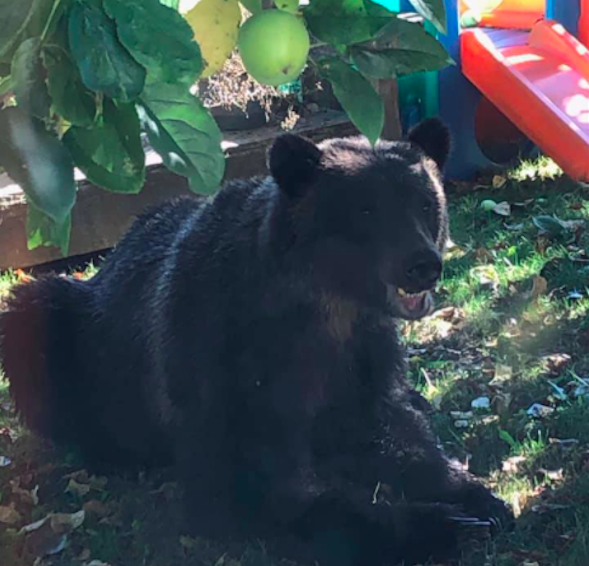 The bear in Squamish (BCCOS)

On Thursday night, the BCCOS reported that the bear had “been safely captured.”

Now the bear, described as a “healthy adult male,” will be released at “a new location that will be determined by senior wildlife biologists,” the BCCOS said.

In light of this event, the BCCOS is reminding people to remove fruit from their trees and secure garbage and all other attractants.