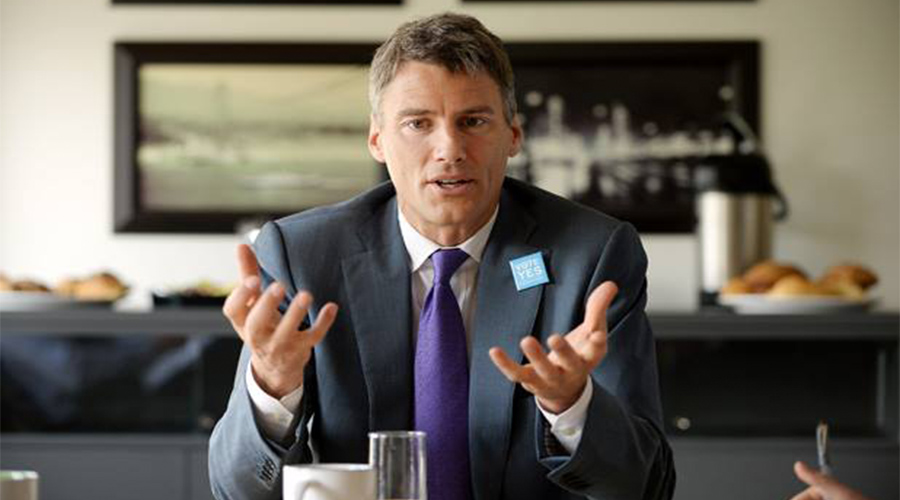 Mayor Gregor Robertson was in Ottawa on Tuesday morning to make sure the federal government hears, in no uncertain terms, that Vancouver opposes the proposed Kinder Morgan pipeline expansion.

“I’m very concerned that the government is making a decision later this year and so far the only consultation process was a disaster from our perspective,” Robertson said. “We want to make sure that everyone in ottawa hears loud and clear that we’re opposed to the pipeline.”

Robertson cited Vancouver’s green economy as one of his main concerns, as he believes the construction of a pipeline will damage the city’s $31 billion brand.

“It’s important that all Canadians understand the risk to Vancouver,” he said.

When asked if he felt as though he was being heard by the government, he said no, but largely pinned that on the Harper’s Conservative government.

“Trudeau’s government has opened the doors and restarted the consultation process,” Robertson said.

Campbell added that more consultation with First Nations leaders is necessary before a decision can be made.

The visit to Ottawa follows an open letter Robertson addressed to Trudeau calling on him to reject Kinder Morgan’s pipeline expansion proposal.