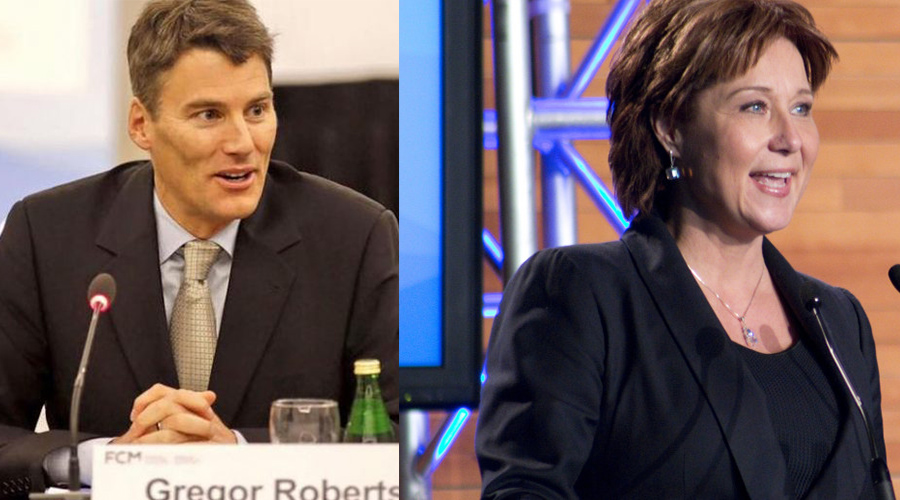 The mayor of Vancouver is once again lobbying the two senior levels of government on a raft of new taxes to tackle housing affordability.

Gregor Robertson is stressing his idea of taxing empty homes after a report found over 10,000 in the city.

“We are looking at the tools we might be able to use. We have asked the province for help in creating a new tool to tax empty homes but we expect to move forward on this, this year.”

Robertson says only the province can give the city the ability to level a tax on empty homes.

“There is nothing for incentives to make sure we have fewer empty homes. As we know we have over 10,000 homes empty in the city. We would love to get thousands of those into the rental market or ensure that they are lived in.”

He adds a 30% increase in home prices is off the charts.

“We have seen cities like Hong Kong go through this and dramatic action was taken to intervene in the market. We are powerless to do that at the city. We are counting on the provincial and federal government to do something.”

Robertson also repeating his calls for a luxury and speculation tax as the Bank of Canada sounds a warning over a potential real estate bubble in Vancouver.

“That means the provincial and federal government need to take some action to deal with the escalating prices. A 30% increase in one year is off the charts.”

He says the city is powerless to take meaningful action on its own and needs the province and the feds to step up.

“Most of all the real heavy lifting needs to come from the cities.”

Meanwhile, while making an education announcement on the other side of town, Premier Christy Clark addressed the housing issue by saying while she wants to keep the dream of home ownership alive for the middle class, cities have a large role to play.

“In Vancouver they add $100k to the cost of every single unit on average that has to be financed by first time homebuyers and there is a huge shortage of supply, so all of us really need to do our part –  and the cities need to think about what they can do as well in terms of increasing supply.”

She says a vacant home tax is “the most problematic of them all”.

“Because if you are a University professor who has taken a sabbatical for a year, if you are someone who has been in the hospital a lot over the last year, if you’ve been working out of the country, there is a lot of reasons that people will say their home was vacant for awhile. We really need to think about how we would make something like that work because that is probably the trickiest out of all of them.”

Clark insists other measures are in the pipe to deal with the affordability crisis.