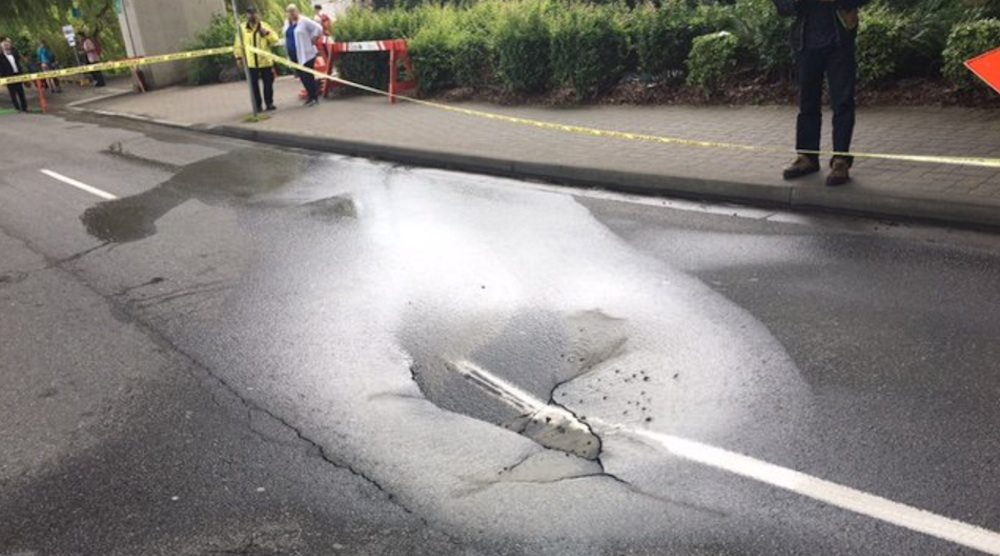 The sinkhole closed Anderson Street, the only route into Granville Island, for much of Saturday. (City of Vancouver)

A sinkhole opened up at the only road in and out of Granville Island early this morning, causing vehicle traffic on the route to come to a complete halt for much of the day.

Vancouver Police closed off Anderson Street at the entrance into the island under the Granville Street Bridge throughout the morning and afternoon hours. The hole was relatively large, spanning both lanes on the northbound direction into the island.

Traffic into the island did not reopen until late afternoon when crews with the City of Vancouver partially opened one lane of the four-lane road to alternating directions. There were major delays due to the traffic congestion. 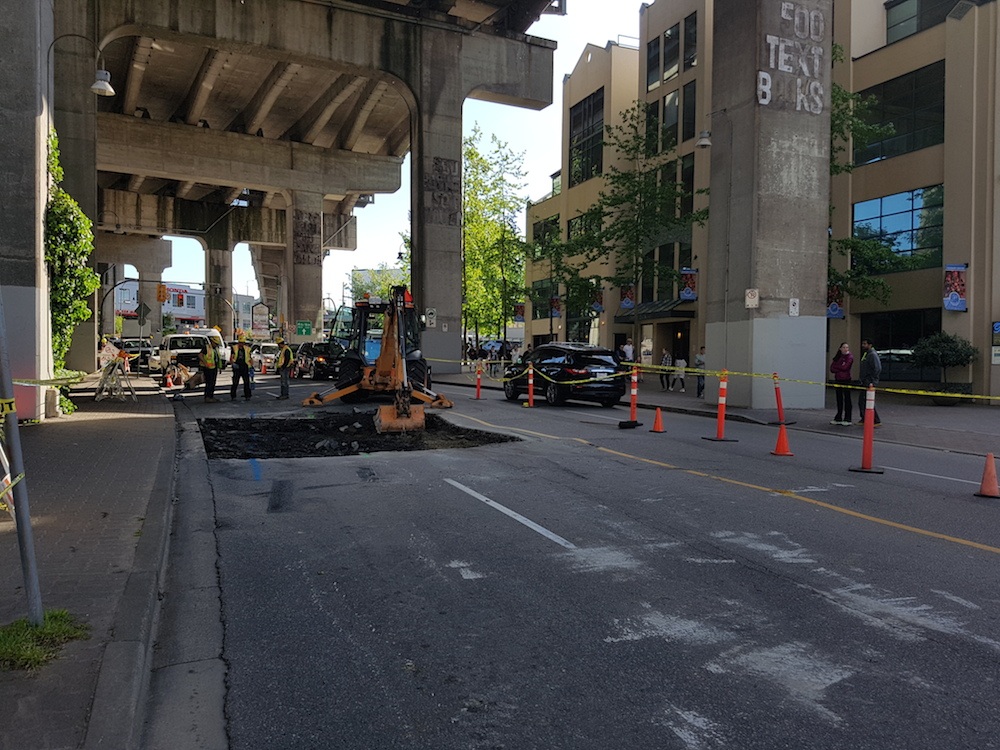 Crews begin excavating the sinkhole to investigate the cause and begin repairs. (Kenneth Chan / Daily Hive)

According to the municipal government, a burst sewer pipe underneath the road surface caused the sinkhole, and it resulted in the shut down of  the Granville Island sewage pumping station. Liquid sewage is now being manually pumped out using trucks.

Despite the traffic disruptions, there were still large weekend crowds roaming around the island, which is the venue for the Vancouver International Children’s Festival this weekend.

The City says it hopes to have the road repaired and fully open by noon on Sunday.