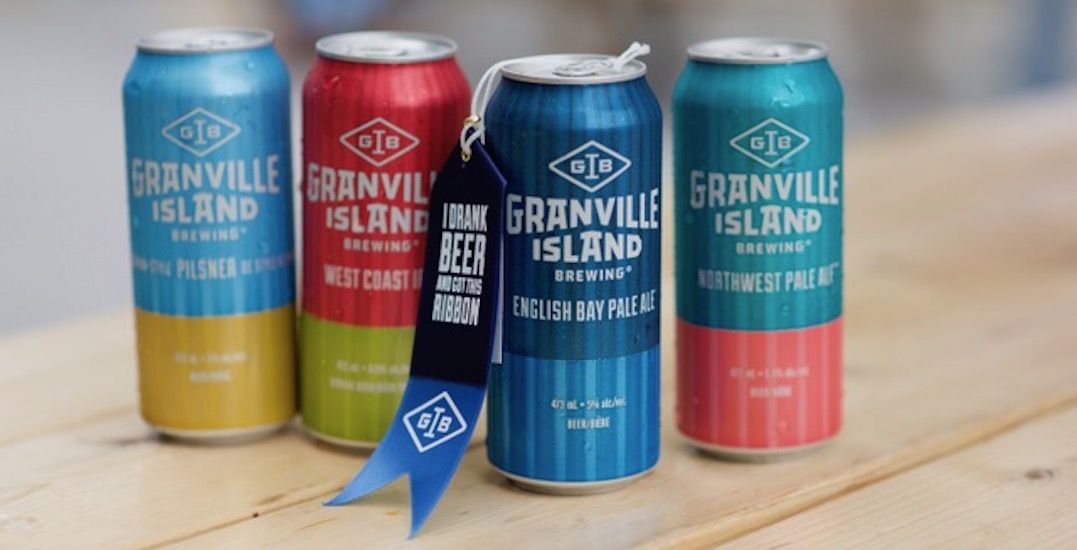 And if you haven’t, first, where have you been going all this time? Second, don’t worry, because Granville Island Brewing is bringing the magic of Granville Island to the rest of British Columbia with their pop-up taproom activations.

Throughout September and October, they’ll be bringing their hit summer activations to the hottest events around British Columbia — and three of these activations are right here in Vancouver!

Take advantage of the fantastic weather forecasted for the next couple of months and stop by to try one of their new beers (Northwest Pale Ale, German-style Pilsner, West Coast IPA, or the classic English Bay Pale Ale), play a casual game of cornhole or jenga, and signature Granville Island vibes. It’s the perfect way to end the summer and welcome fall, if you ask us.

When you enjoy one of the four refreshing Granville Island Brewing beers available at the above activations, you’ll receive a participation ribbon to match your beer of choice. (In case you’re curious, one of them simply reads “I drank beer and got this ribbon.” Your mom would be proud.)

Collect all four hilarious participation ribbons for the chance to win a Granville Island Brewing prize package that includes an overnight stay on the island, dinner and beer pairing in the taproom, merchandise from the brewery, and a friends of GIB 25% discount card, valid until the end of year — all you have to do is post a photo of your ribbons on Instagram and tag Granville Island Brewing!

Here are the events you can find the pop-up activations at throughout September and October:

Don’t miss out on these Granville Island Brewing pop-up taproom activations as they come to an event near you. After all, we want to celebrate the start of fall on a high note!