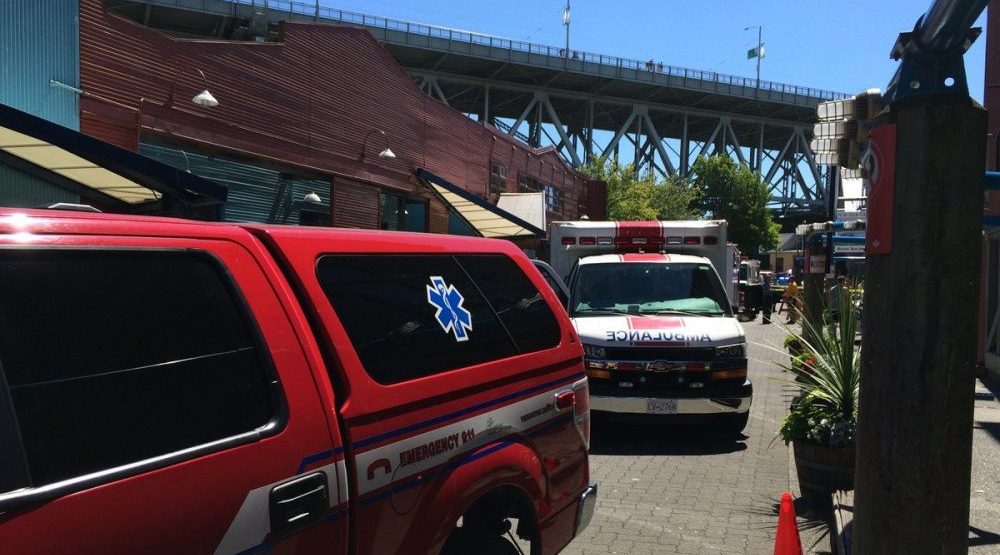 VPD have confirmed that a pedestrian was killed during the incident.

“Police are investigating a fatal pedestrian involved collision on Granville Island, after three pedestrians were hit by a SUV,” Sergeant Randy Fincham said in a release.

The incident occurred at 12:30 pm when a vehicle hit three pedestrians in the 1600 block of Anderson Street, on Granville Island. Two people suffered minor injuries. A third pedestrian was pinned under the vehicle, and has since died.

“The driver remained at the scene, and is cooperating with the police investigation,” VPD stated. “The cause of the collision has yet to be determined.”

@NEWS1130 SUV crashes into Net Loft @ #Granvilleisland. There is a person trapped somewhere in there #Vancouver pic.twitter.com/bx9VAni9Hs

Details are still coming in, but unconfirmed reports suggest that multiple people were injured after an SUV crashed into a shop.