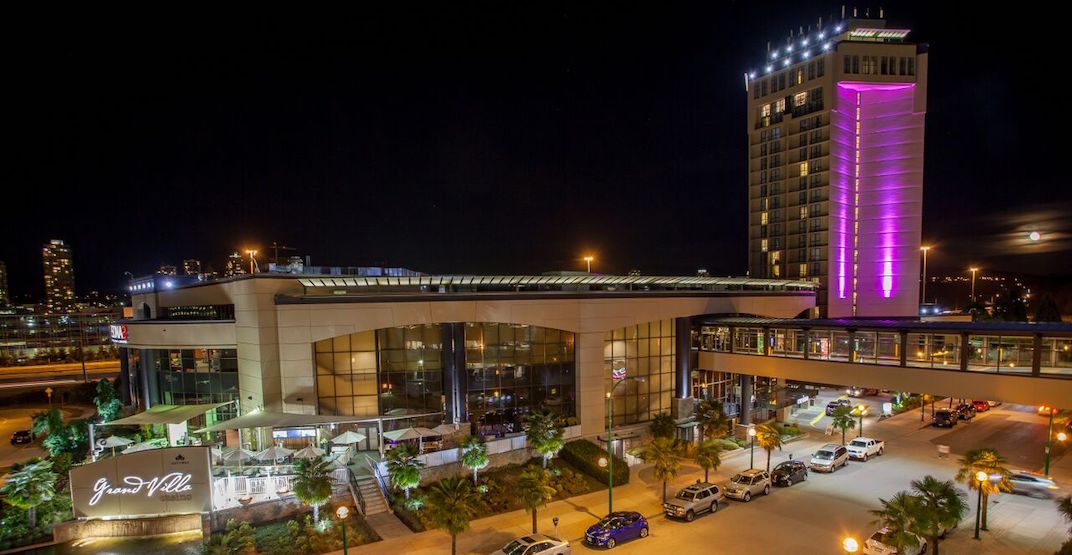 Gateway Casinos & Entertainment (GCE) and BC Lottery Corporation are seeking permission from the City of Burnaby to provide Grand Villa Casino and Delta Burnaby Hotel complex with a gaming expansion.

The casino owner and operator wants to expand the casino location’s permitted number of slot machines from 1,200 to 1,600 over two phases — a combined total of 400 additional machines.

The first phase by 2020 would be accomplished by reallocating administrative office space for an expanded gaming floor, which would allow for the addition of 200 machines.

This office space would be relocated to a new office space built into the adjacent multi-level parkade structure. Under this phase, no changes to the building exterior are proposed.

“There would be no technical added density to the project. However, there would be a shift in uses with respect to floor areas and gaming positions that would need to be calculated with respect to parking demand and supply,” reads a letter of intent by Mallen Gowing Berzins Architecture.

To accomplish the second phase of adding a further 200 machines, physical changes to the casino building allowing an expansion of the gaming area will be required, and this will be pursued with a future rezoning application.

In 2017, GCE announced a $15 million renovation to the gaming floor, a refresh of the attached Delta Hotels Burnaby Conference Centre and public spaces, and the addition of new dining options. These changes reached full completion late last year.

Subsequent changes to the floor area resulted in an increase in the number of machines to 1,200, as well as a slight decrease in the size of the gaming floor area to 56,952-sq-ft.

The attached 24-storey Delta by Marriott hotel complex, originally built in the 1960s, was completely renovated during casino construction. It has 195 guest rooms and 20,000-sq-ft of meeting and conference space.

According to the City of Burnaby’s latest financial plan, the municipal government is forecast to see $9.5 million in revenue from the casino, based on the provincial government’s formula of providing 10% of a casino’s net earnings to the host municipality.

GCE is also building a new $70-million casino and hotel complex in Delta, near the south end of the George Massey Tunnel.