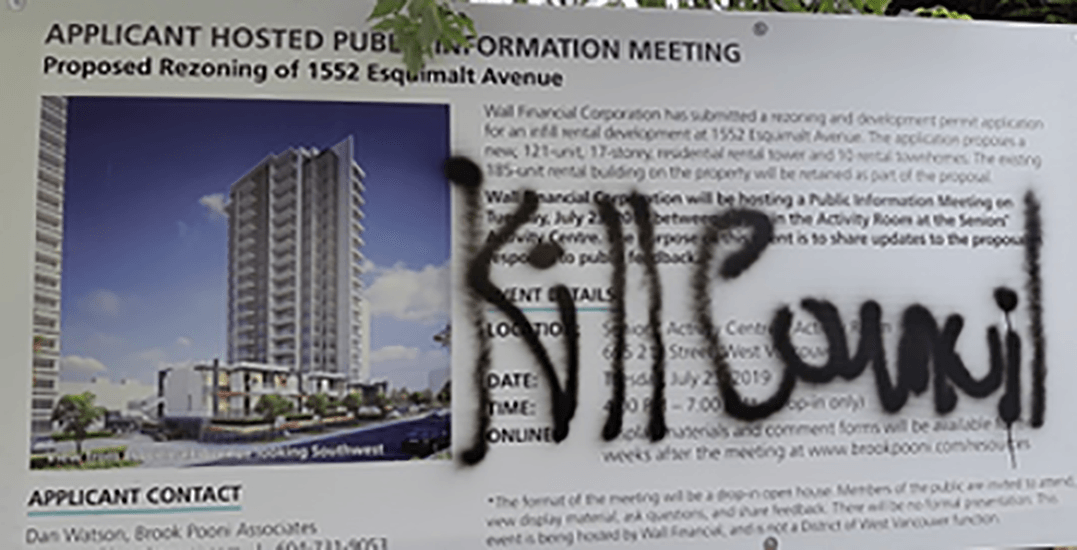 The vandalism was found on Wednesday, July 31 at approximately 9 am.

Police officers received reports of graffiti at 1552 Esquimalt Avenue. Upon arrival, they found three large information boards that were defaced with spray paint.

The boards — a notification about an infill proposal to build a new 17-storey tower with 131 rental apartment units on the site — had the words “Kill Booth” and “Kill Council” spraypainted in large letters. 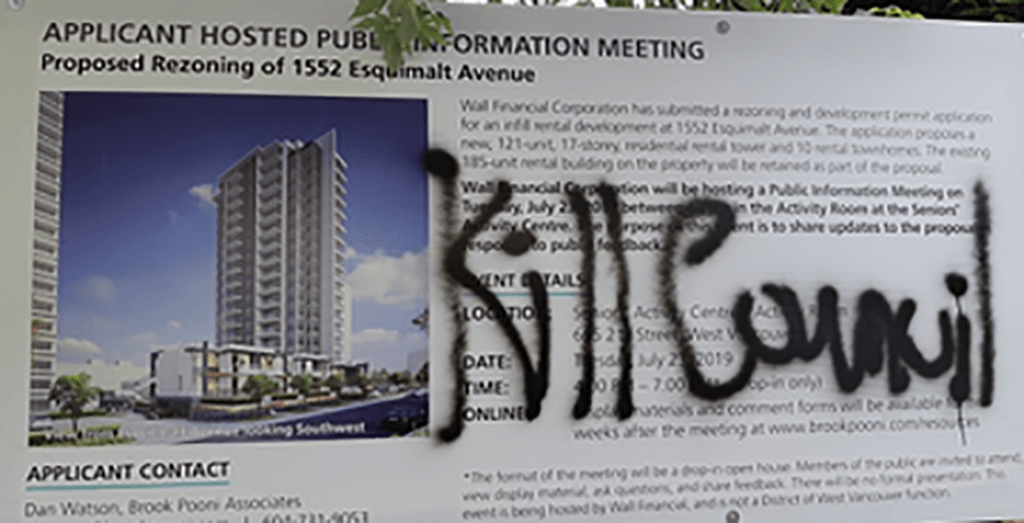 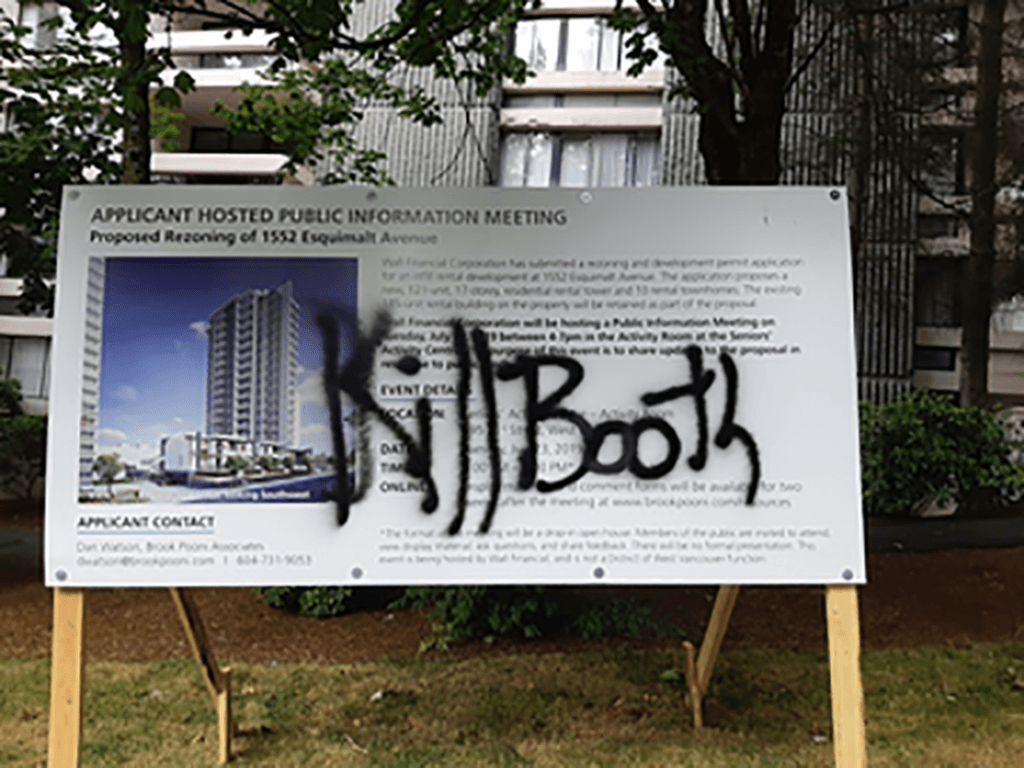 The signs were immediately removed and police are now investigating.

This is very concerning for us,” says Constable Kevin Goodmurphy. “We take all reports of threats seriously, and an investigation has been launched in an effort to identify any suspects.”

Investigators believe that the incident took place between July 30 at 3 pm and July 31 at 7 am.