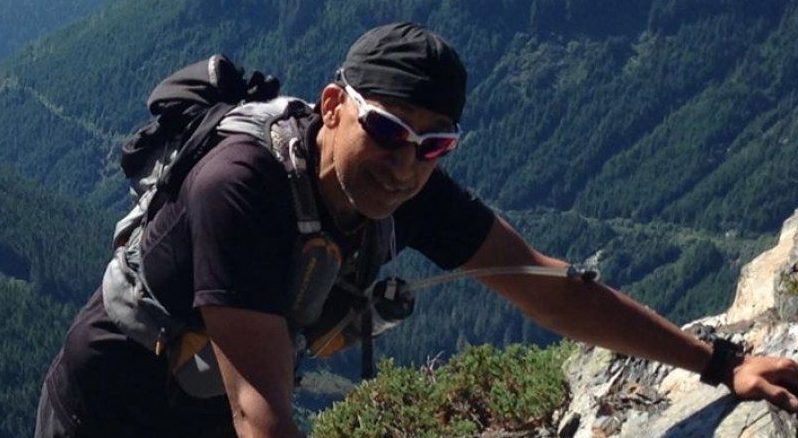 The family of missing hiker Gordon Sagoo has decided to take matters into their own hands after Chilliwack Search and Rescue called off the search on Monday.

They plan on continuing search efforts privately, thanks largely to a GoFundMe account set up in Sagoo’s name. Sagoo went missing on August 14 in the Baby Munday Peak in Cheam Range.

The Chilliwack RCMP says they combed the mountain looking for Sagoo, but search efforts failed to turn up any sign of the 50-year-old man, leading them to call off the search and rescue operation.

“It’s been a really emotional, tough week,” Sagoo’s niece, Manpreet Gill, tells Daily Hive. “It wasn’t the best news given everything, but we’re still positive and we’re trying to stay strong and we know that there’s other options in terms of private searches.”

A total of two fundraising pages were set up for Sagoo: one to raise money for Chilliwack Search and Rescue to thank them for their efforts, and another to fund the private search his family plans to launch shortly.

Gill says that while her family is disappointed the Chilliwack SAR called off the search, they appreciate their efforts. Next for them is finding the right people who can navigate the treacherous terrain of the Cheam Range.

“For us, it’s important that whoever is out there is as safe as possible,” says Gill. “We’re just trying to find the right team for the job.”

She adds that they’ve increased the amount of money they’re asking for on Sagoo’s GoFundMe page to assist in the search efforts.