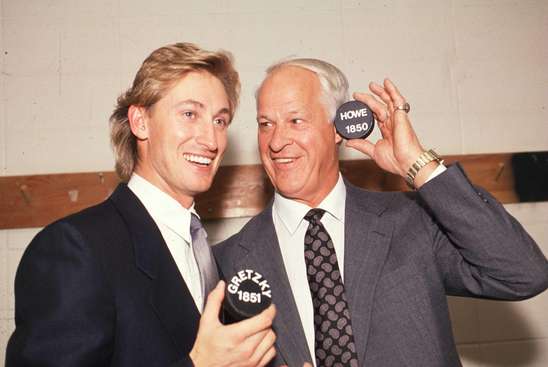 Hockey great Gordie Howe passed away at the age of 88 on Friday morning, leaving behind a legacy.

“Mr. Hockey” played more than 1700 games in both the NHL and WHA during his storied career that ended with his retirement in 1980. His records for goals, assists, and points lasted until Wayne Gretzky broke them.

He was also part-owner of the Vancouver Giants.

The passing of ‘Mr. Hockey’ meant people and organizations took to Twitter to express their condolences, including Prime Minister Trudeau, Michael Bublé, and George Stromboulopoulos.

My family and are crushed to have learned of the passing of our friend Gordie Howe. Rip #9 pic.twitter.com/aTXPDDfqWb

Gordie Howe was Canada at our best. Humble but proud. Honourable but tough as nails. An ambassador for hockey, and for us all.

That time Gordie Howe tried to vandalize the crest of his heated rival. #ripmrhockey pic.twitter.com/uhw7yDGu4K

The Giants join the rest of the hockey world in mourning the loss of Mr. Hockey. We’ll all miss you Gordie! https://t.co/JW9oXpTpfB #9RIP

Unfortunately we lost the greatest hockey player ever today, but more importantly the nicest man I have ever met. (1/2)

Sending our thoughts and prayers to the Howe family and to the millions of hockey fans who like me loved Gordie Howe. RIP Mr. Hockey. (2/2)

Howe’s health had taken a noticeable decline in recent years after he suffered a stroke in 2014 and battled with dementia.