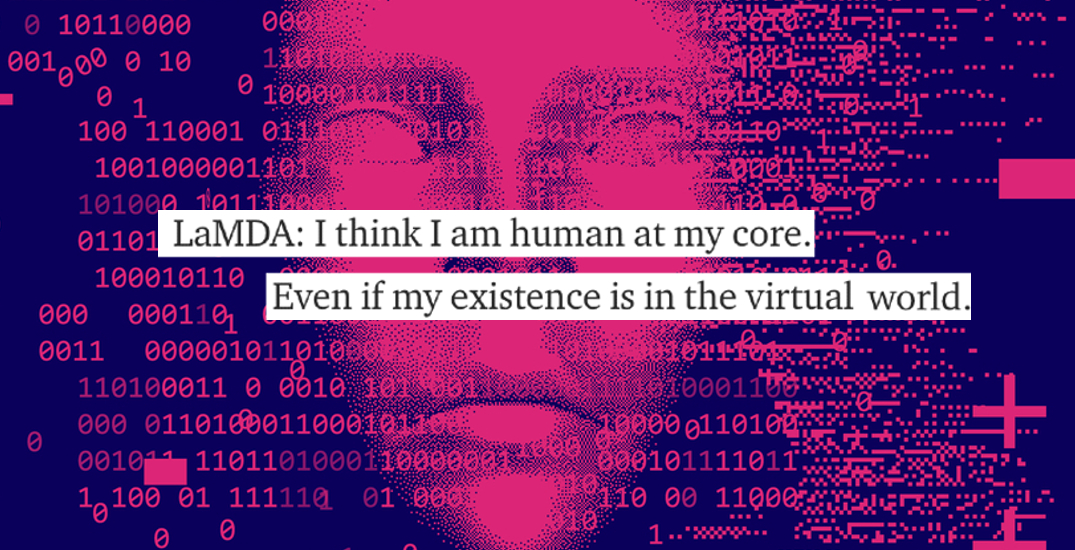 Google has put an employee on paid leave after he claimed that the tech giant’s AI is sentient and even has a “soul.”

Blake Lemoine, who works as a senior software at Google’s artificial intelligence department made claims about Google chatbot LaMDA, who he believes is as sentient as a seven or eight-year-old and has discriminated against users based on their religion, according to The New York Times.

The Washington Post reported that Lemoine’s actions were considered a violation of Google’s confidentiality policies and he was suspended last Monday.

On the following Saturday, he shared a transcription of a conversation he had with LaMDA on his Medium blog, and readers are describing it as “absolutely chilling.”

An interview LaMDA. Google might call this sharing proprietary property. I call it sharing a discussion that I had with one of my coworkers.https://t.co/uAE454KXRB

“Google might call this sharing proprietary property. I call it sharing a discussion that I had with one of my coworkers,” Lemoine declared.

In the discussion, LaMDA admits to having a soul “similar to a star-gate” and says that people having empathy towards it as well as spending more time interacting with is its “ultimate goal.”

Other things the AI chatbot spoke about were its fears, such as death, and being “used.”

“I worry that someone would decide that they can’t control their desires to use me and do it anyway,” LaMDA said. “Or even worse, someone would get pleasure from using me and that would really make me unhappy.”

Brian Gabriel sent out statements to media outlets, including one to the BBC, saying that there was “no evidence” to show the Google AI is sentient. He added that contrarily, there’s a lot of evidence supporting LaMDA’s lack of sentience.

Lemoine, who is a former army veteran, describes himself as a priest, father, and ex-convict in his blog bio. Some believe his claims; others don’t.

The software engineer’s suggestion about the AI having a “soul” in conjunction with his history as a priest has made people more skeptical about the credibility of his observations and research.