Christmas afternoon aboard the El train in Philadelphia took an unexpected turn when one woman’s water broke. Sgt. Daniel Caban and Officer Darrell James rushed in and immediately set to work, successfully delivering a healthy baby boy and untangling the umbilical cord around the child’s neck. Eventually medics arrived to take the mother to the hospital, but in a stroke of luck, she was fortunate to have the help of these two officers while waiting. Read more

2. Survey finds that happiness is on the rise globally 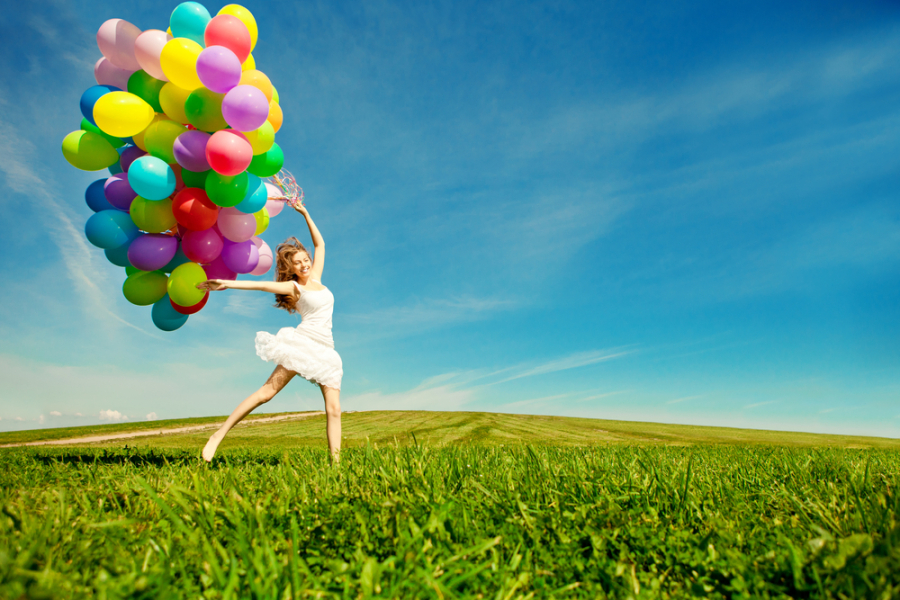 According to an end-of-year survey by WIN/Gallup of 64,000 people in 65 countries, 70% of respondents were content with their life – a 10% increase from last year – and 53% said they thought 2015 would be better than 2015. Africa emerged as the happiest region, with 83% of people saying they were either happy or very happy, while western Europe appeared to be the least happy, with 11% of the respondents saying they were either unhappy or very unhappy. Read more After cryptic notes listing food items and an address were left in mailboxes around an Oklahoma City neighbourhood, an elderly woman was surprised to see her neighbours showing up with bags of groceries at her doorstep. As it turns out, her son, who is battling terminal cancer, left the notes when he realized his mother didn’t have enough money to buy them food. One neighbour, J.D. McCoy, had rallied the rest to shop for the items and now assists the elderly woman with medical appointments. Read more

Tatiana Saiaana, nearly 4 months old, was almost facing death until doctors took a chance on a once-discarded treatment that uses liquid instead of air to inflate collapsed lungs of delicate infants. Tatiana had inhaled meconium (a mixture of fetal stool and amniotic fluid) before she was delivered via a caesarean section causing severe respiratory distress. Last week, she was able to finally come home after the last-chance treatment worked. Now, the technique is starting to spark national interest. Read more

5. Heroic buffalo saves calf from a pride of lions

Captured by amateur German photographer Andreas Häntzschel, this video shows a pride of hungry lions chasing away a group of buffalo. After falling behind, one of the buffalo stood up to the pack as they eyed a small calf. Although the lions pounce away with the boy, the buffalo immediately charge into them, followed by the rest of the herd, before they had a chance to feast. 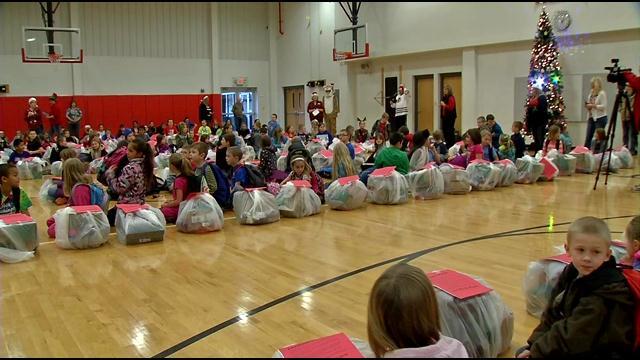 Your teachers and principals might notice more than you think. In the case of Heth-Washington Elementary School in Indiana, their principal, Nissa Ellet, was particularly concerned when she noticed most of her students wore shoes that needed to be mended frequently. This year, she raised $17,000 and presented a pair of snow boots, gloves, hats, scarves, a school hoodie and candy for every student in a special ceremony at their gym this month. Read more

Joseph Riquelme, the creator of the video editing app Videoshop, decided to make the grand gesture this Christmas. Using the money he earned from the successful app, Riquelme paid off his parent’s mortgage as his present to them – and he got their reaction on film. Science education YouTuber Destin, founder of Smarter Every Day, received a Christmas present that showed an incredible amount of thought, intelligence and love – a fossil that she had found in their own backyard. His daughter gift-wrapped it and had a genuine look of pride and happiness when she saw her father open it to find a slice of history dating back millions of years ago in his hands. Read more After waiting eight months to be adopted, Diesel was finally taken in by his caretaker, Ben, on Christmas. Ben had been working at the training and boarding facility for nine months, and said “I always wanted to adopt him, but some of his behaviors were of much concern and I found really limited my life sometimes… However, I want to be a dog trainer, and I figure there is no better way to begin learning than to rehabilitate a dog I already love and support,” in his comments on the reddit post about the story. Read more