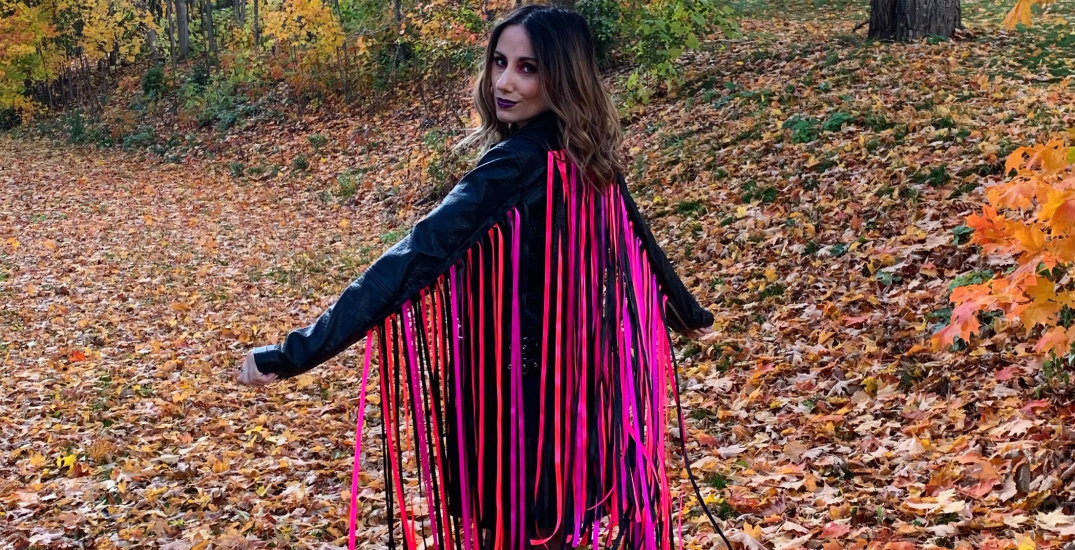 Amid a global pandemic, Peterborough, Ontario-based PhD student Rebecca Lyon started a business. She’d been thrifting jackets and created a custom one for herself inspired by ribbon shirts and her Indigenous heritage.

“I’m really inspired by traditional knowledge and language. So colour teachings and stories that my elders have told me or things that I learn studying Indigenous Studies at Trent University for my PhD. I’m very much inspired by Ojibwe language, Anishinaabemowin language… that really plays a big part in the things that I create. Sometimes it’s just a word — maybe it’s a whole sentence or the story behind the word which inspires me.”

After people asked her about that first jacket, Lyon started an Instagram account to showcase the jackets she was making. The account, @powwowjackets, now has over 7,000 followers on the platform. The designs featured on her website are colourful, fun, sassy, bold, and proudly Indigenous. 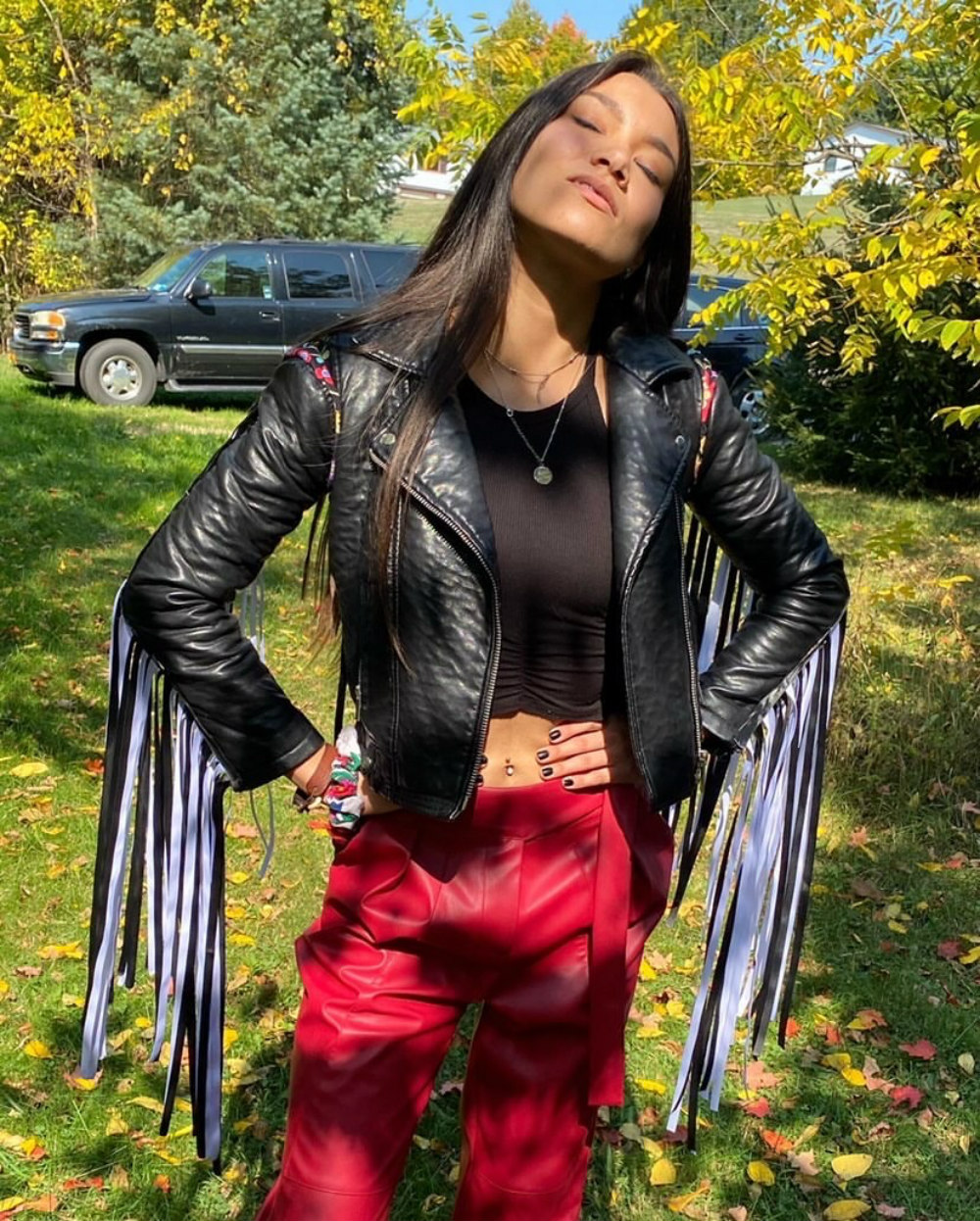 “My jackets are a statement piece to kind of say, ‘We are Indigenous and we wear it on our sleeves and this is in your face.’ I often make jackets that reflect the things that we’re going through. So, for example, I created a jacket for the 215 unmarked graves that were found in Kamloops and for missing and murdered Indigenous women, girls, and Two-Spirits. That jacket is currently at the Museum of Vancouver.”

Though the pandemic made thrifting jackets more difficult, it helped Lyon branch out from just making jackets. Pow Wow Jackets now offers a wide array of items including stickers, pins, patches, keychains, prints, and other accessories and apparel.

“I really shifted into honing in on graphic artistry and learning how to do that. So I got an iPad and the Apple Pencil and started designing with that because I was now making things that would require that. I also started learning the skill of beading, which my sister taught me online because she’s about three hours away, so we had to Zoom,” says Lyon.

“It’s interesting how it just kind of created this opportunity for me to learn how to do a bunch of different things and make Pow Wow Jackets more than just a jacket.” 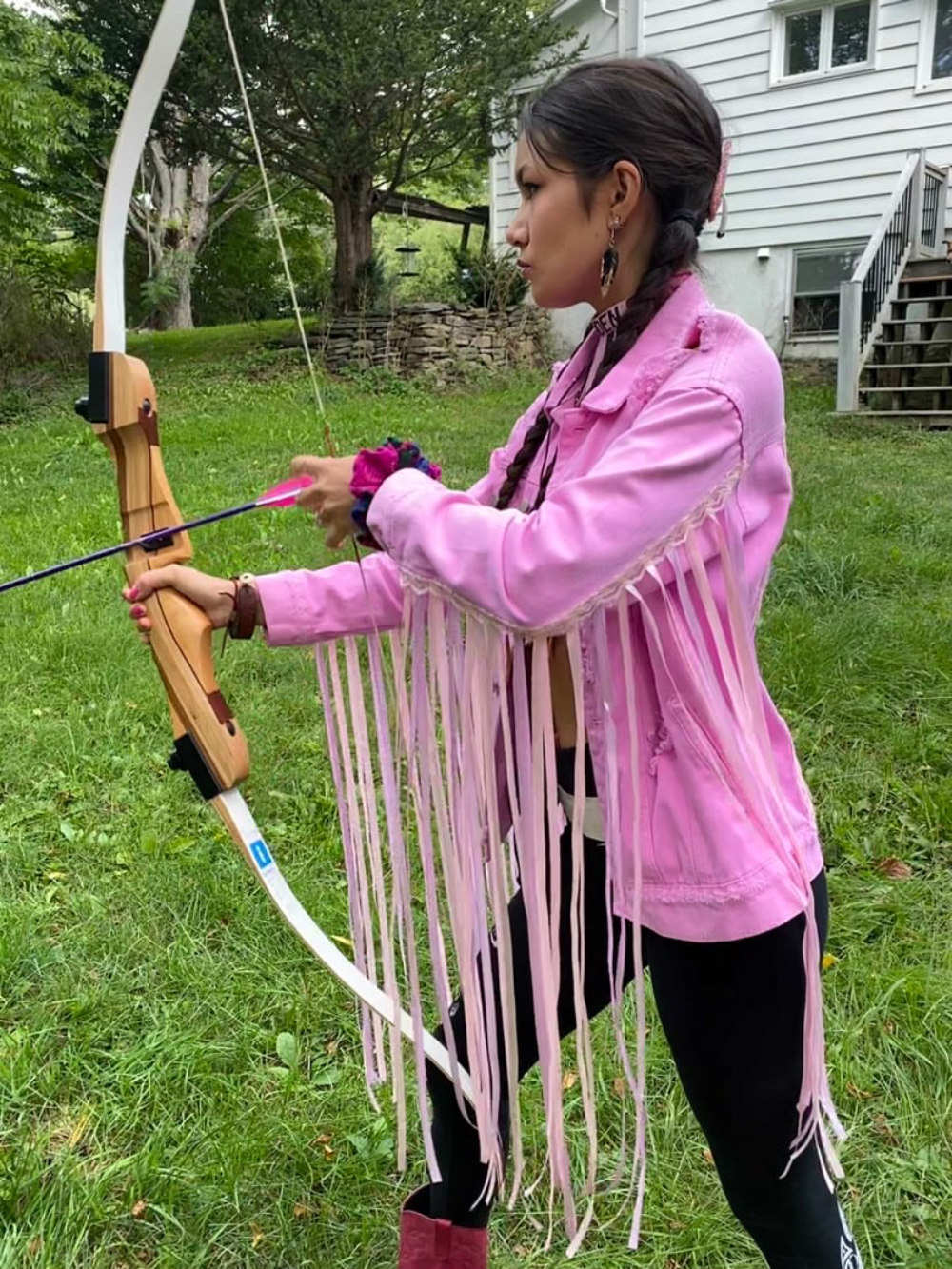 Lyon is right, Pow Wow Jackets is so much more than any product. Her designs are explicitly political, with slogans like “This is Native Land,” “Protect Indigenous Women and 2Spirits,” and “Queer Indigenous Proud.” Pow Wow Jackets also features an array of charity products dedicated to causes like helping survivors of sexual assault, suicide prevention, Indigenous girls, and Two-Spirit youth.

“I think art puts it in the space of people that might not necessarily be accessing ‘activism’ or political things. [With] Pow Wow Jackets, the idea was to create something that I could wear comfortably that showed my indigeneity. Because I don’t do jingle dancing or anything like that; I’m mixed, I’m Lebanese, Indigenous, and Scottish. So, I wanted something to make me feel comfortable but showing proudly who I was. And I think that in itself is a political statement.” 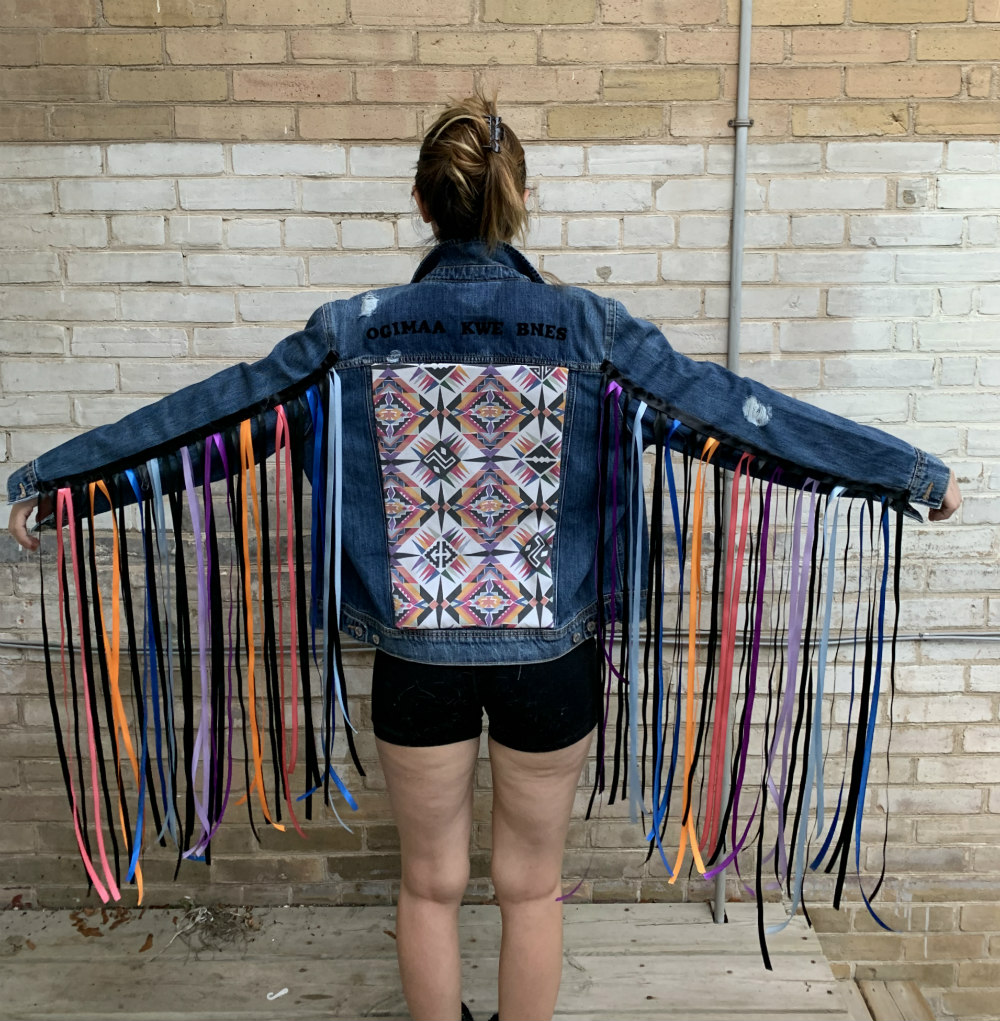 Lyon dreams of expanding the business and making “a million more jackets.” She is passionate about working with youth and has been doing workshops with the Museum of Vancouver, and Native Child and Family Services in Toronto. Through workshops, she hopes to encourage kids to get involved in activism.