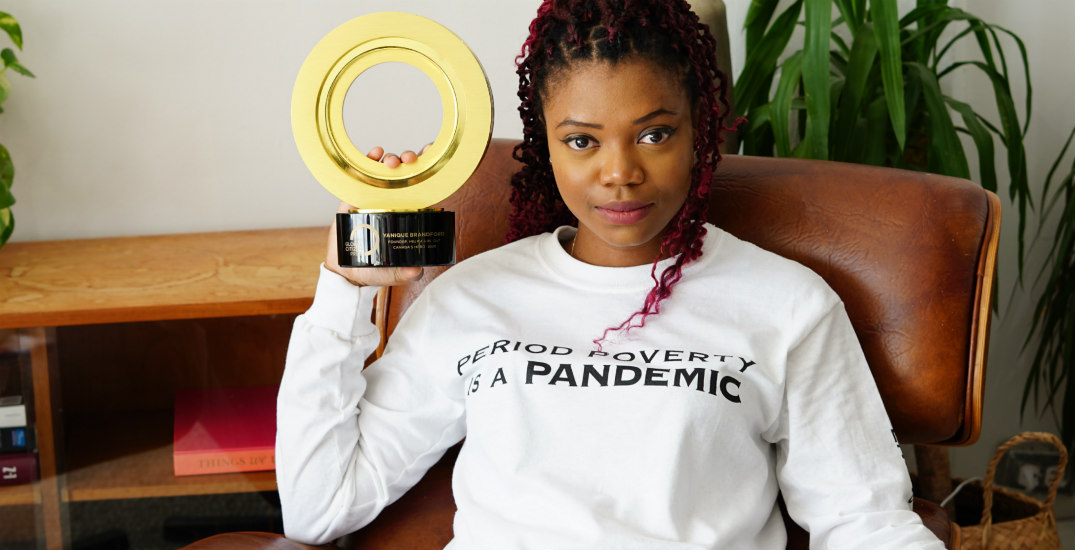 Written for Daily Hive by Ahmar Khan, a journalist based out of Toronto who covers politics, race, sports, and inequality.

At least once a month, billions of women have a period, but for some, it can cause major setbacks. The pain and anxiety of a bad period is something that 24-year-old Yanique Brandford knows all too well and is aiming to solve through her “Help A Girl Out” not-for-profit.

The organization works to provide at-risk Canadian women with the necessary sanitary products in the hopes of eliminating period poverty. While period poverty can simply be a lack of access to sanitary products, it’s also far-ranging and can mean a lack of access to menstrual hygiene education, toilets, handwashing facilities, and/or waste management.

The Ryerson University biomedical physics student has been involved in the period poverty movement since 2016. Brandford, who grew up in Jamaica before moving to Canada, said she’s seen how hard it is for some girls to access basic necessities regardless of where they live. After getting involved in the period poverty movement and seeing her efforts making a difference, she helped found Help A Girl out in 2018.

“It’s always been something that’s been prevalent in my life,” said Brandford. 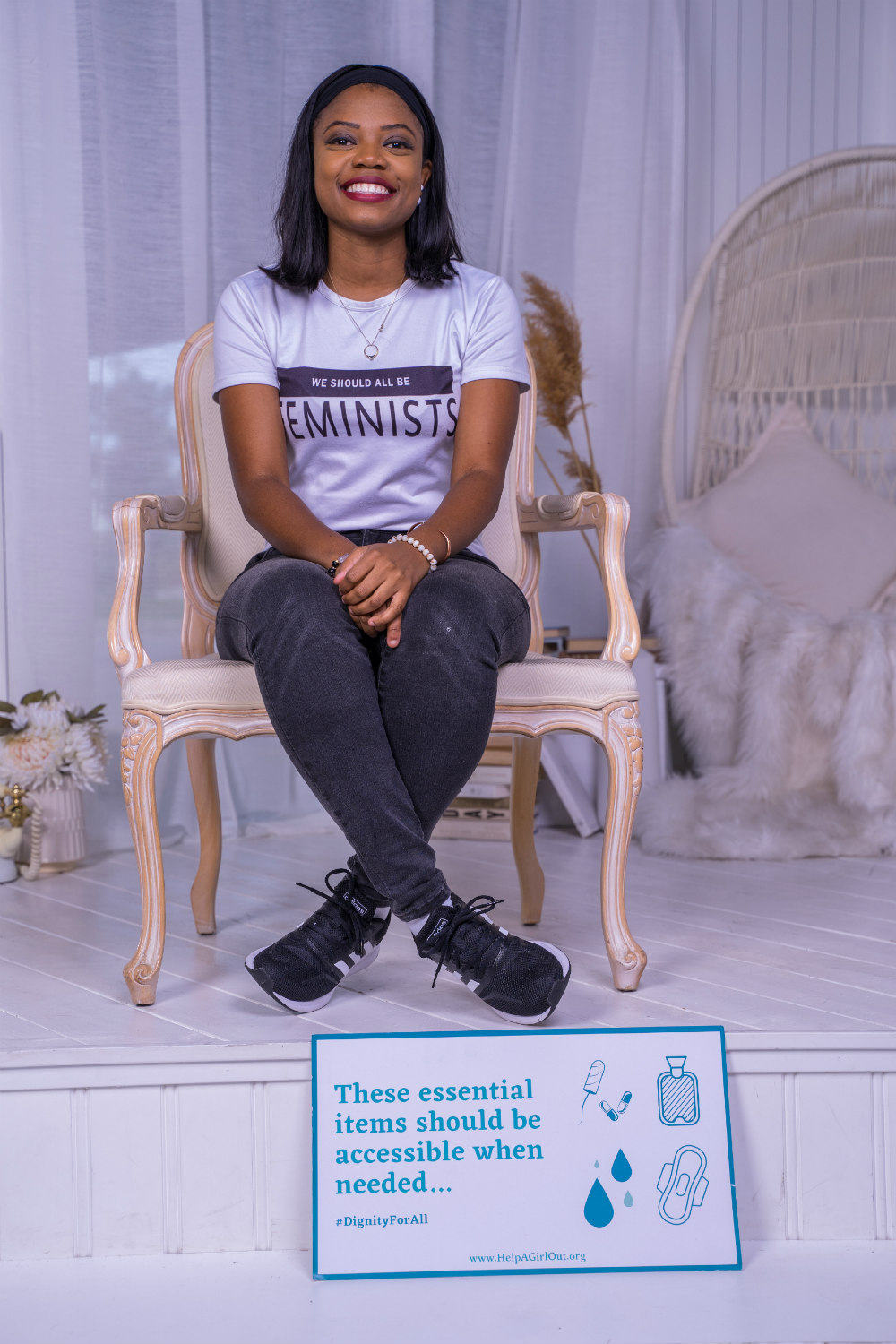 A 2019 Gender Study by Plan Canada found that 68% of women in Canada have had their period limit their ability to fully participate in an activity. Of those women, more than half missed school, work, or social activities. Brandford, a low-income student, is part of that statistic, noting that at times she would miss days of school due to pains caused by her menstrual cycle.

When she’d find herself falling behind in class, Brandford quickly realized the problem was more widespread than just in her hometown of Brampton, Ontario. She recounted stories of friends missing classes and falling behind one or two lectures, which would then amount to something larger.

“I left countless classes and felt like the whole class went to Mars because I just didn’t understand when I got back,” she said. ‘It would take two weeks to catch up… I felt cheated.”

Luckily, she said she had support from her family, but that was not the case for all of her friends. She said there were such significant impacts on their learning, some of the girls would fall behind or drop out of school altogether.

“This is way bigger than me and affects women’s lives and their prosperity,” said Brandford.

In a little over three years, Brandford has helped establish Help A Girl Out into working for women across Canada and parts of the world. Presently, they’ve got nearly 40 volunteers working with the organization who help ensure that women can get the menstrual products they need. They offer a hand-delivery service and national shipping option and include disposable menstrual products as part of their period product support program.

However, Brandford hasn’t stopped there; now, she’s working on a Canada-wide program that aims to provide reusable pads to girls in need. The reusable menstrual products would allow Help A Girl Out to reach more people and have longer-lasting pads that Brandford said can be used for “three to five years if taken care of properly.” 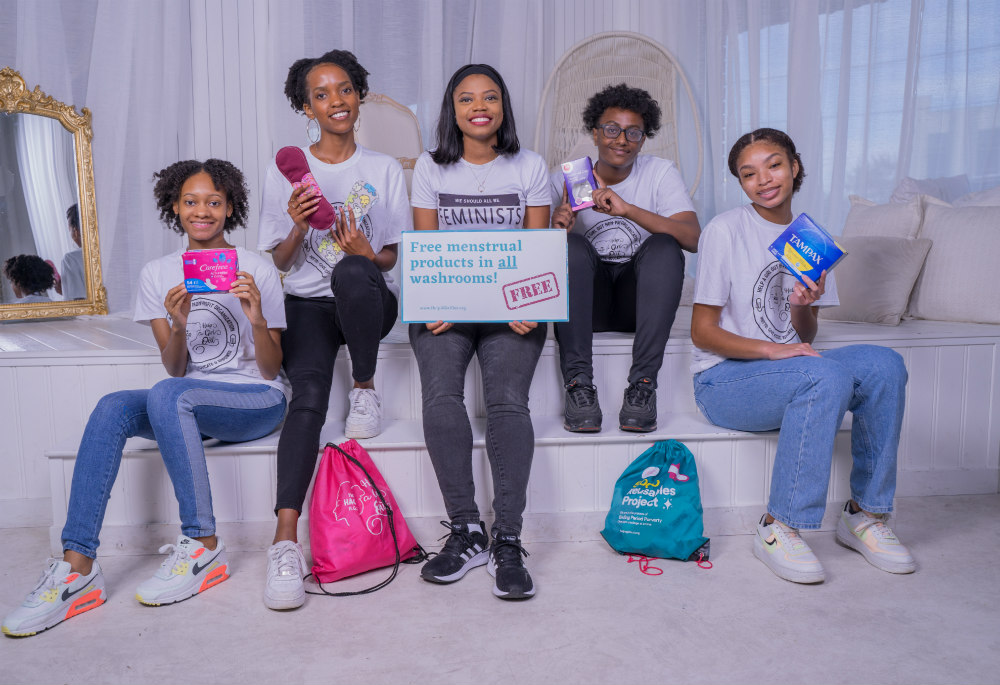 Brandford runs and also provides educational workshops, where she and other educators explain what a period is, what it can do to your body, and provide education on menstrual products. The education aspect became an important aspect of Help A Girl Out’s efforts to destigmatize periods through anti-stigma campaigns and myth-busting, according to Brandford.

“It’s an outrage, women have been menstruating since the dawn of time, so for it to be stigmatized, for women not to have access to something so basic — it’s ridiculous,” she said.

While period poverty affects Canadian women, it’s a global problem, so Brandford and company have launched efforts to help other affected countries.

“We do a lot of work in developing countries; a lot of our efforts have come in Jamaica, among other Caribbean countries and a few outreaches in Africa,” she said.

Lofty goals are nothing new for Brandford, who hopes to eliminate period poverty amongst at-risk Canadians, then for all Canadians, before ensuring women across the world have the menstrual products they need.