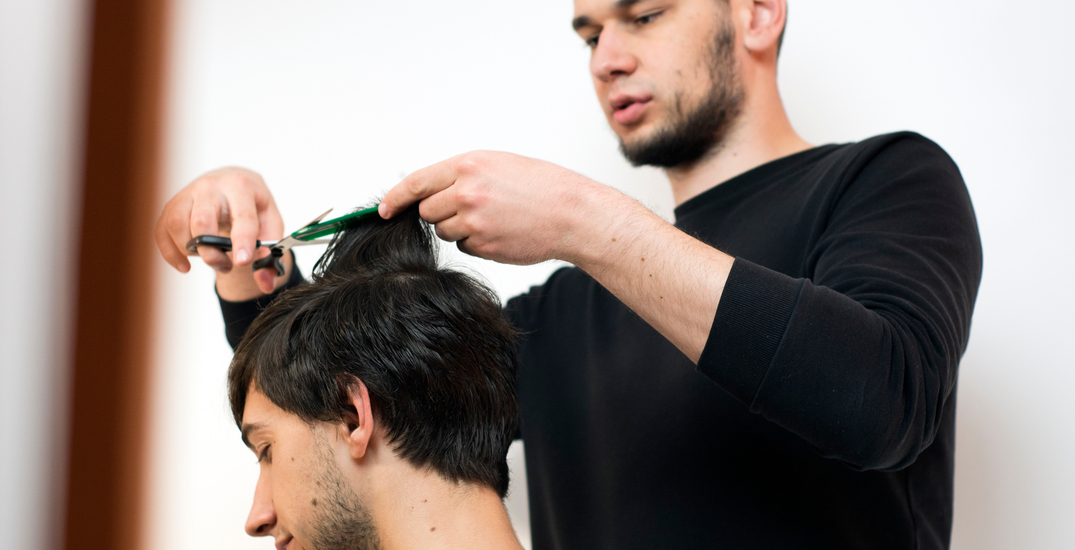 For the past decade, Steven Pearse lived in Asia where he operated a successful education business. As a Canadian expat based in Hangzhou, near Shanghai, he had learned workable Mandarin and was planning expansion to Southeast Asia.

Life seemed to be running smoothly.

That was until his business — like so many others — was blindsided by Covid-19. At the same time, the 43-year-old was sidelined by a major health issue and Pearse was forced to return to Canada where he found himself temporarily residing at the North Surrey Recreation Centre that had been converted into a Covid Emergency Response Centre (ERC).

Six months later, however, Pearse is back on his feet and embarking on a new non-profit venture. He credits the shelter’s services for helping him rebound. But he also credits the services of another Surrey outreach group that provided a form of assistance usually not earmarked for society’s most vulnerable: haircuts and grooming services.

“At first glance, that service may seem trivial but it’s huge,” explained Pearse, who now rents an apartment in Surrey.

“When you wake up and look rough, you don’t feel good. If you shower and have a haircut, it helps you accomplish normal things in life.”

“It made me want to get up every day and get things back on track.” 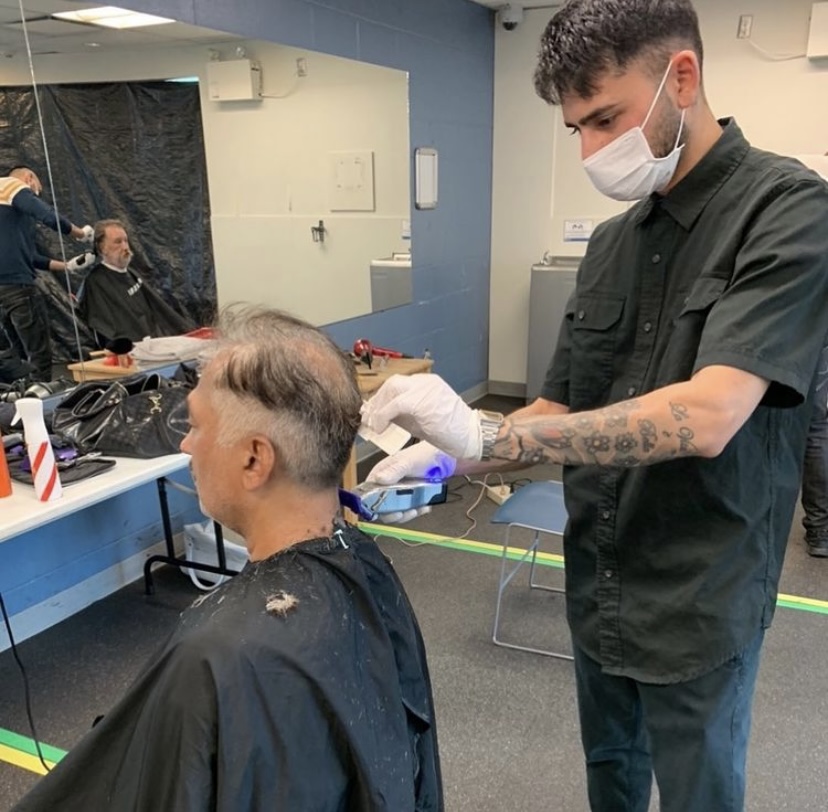 Fresh Start is a program that was launched by Engaged Communities Canada (ECC) in September. ECC has since hosted two “open salons” powered by a volunteer crew of local stylists and barbers — all of whom are donating their services pro bono. Manicure and pedicure services are also available on site thanks to the Fraser Health Authority’s Population and Public Health program.

Upkar Tatlay is the Executive Director of ECC, which for the past eight years has provided outreach to Surrey’s homeless and at-risk population. The Fresh Start program is an offshoot of ECC’s initial programming response to the pandemic: handing out personal hygiene kits (think complimentary toiletry bags that airlines once used to gift to long-haul passengers). 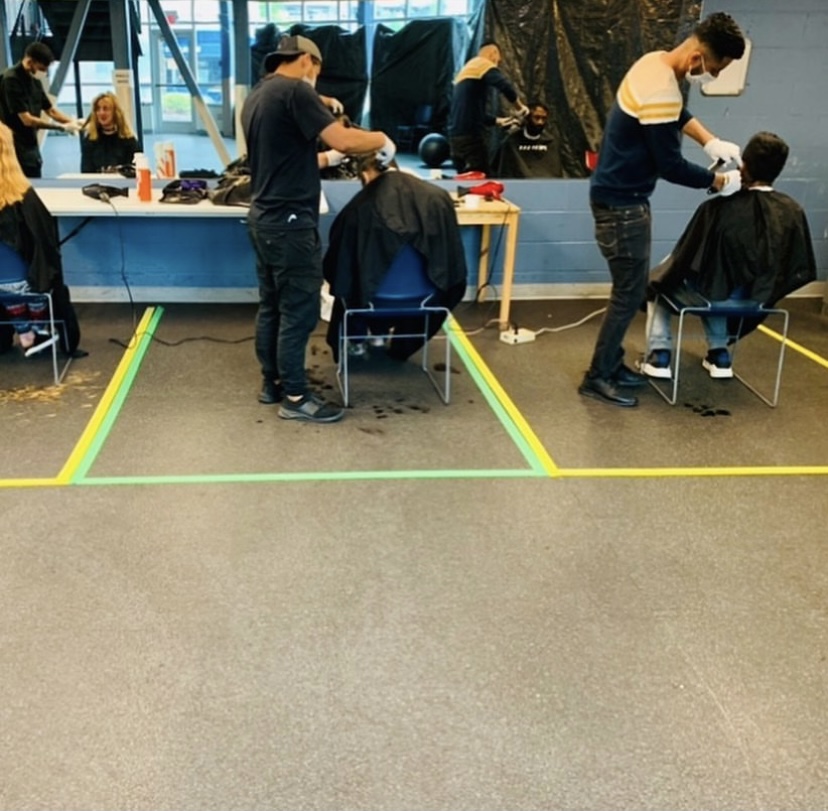 Since April, ECC has distributed approximately one thousand kits, the items — soap, shaving creams, toothpaste, etc — all of which have also been donated by local Surrey businesses.

But while the pandemic has added new routines of extra hand-washing and sanitizing, its disruptive force has been arguably more evident in routines denied. It was only weeks into the pandemic’s initial self-quarantine period that stories began emerging of “lockdowned” Canadians longing to book their regular lock liberating “hairapy” sessions again with their barbers and stylists. Getting a tight fade or touching up one’s greys may have seemed self-indulgent at the time, but admittedly even Justin Trudeau looked a little more Prime Ministerial and less in-between and wooly when he finally got to take a little off the sides. Looking one’s best has a way of boosting one’s morale.

That fact wasn’t lost on Upkar Tatley, who around that time began ruminating about how personal grooming services could also help our most vulnerable citizens. There was a clear self-esteem outcome he wanted to achieve.

“Hygiene services have been in critical shortage during Covid,” Tatlay said.

“The minute an individual gets a haircut, has a hot shower, it changes significantly how they feel about themselves.”

Since its launch, the program, as expected, has had no shortage of demand. But, also as expected, Tatlay did have his struggles in securing volunteer barbers and stylists. Through pavement pounding and door knocking, he finally got the program off the ground, but it’s been the enthusiasm of the volunteers that has fanned its momentum.

Simo Kumar is one of those who has committed to donating his time and skills. Born and raised in Florence, Italy, Kumar came to Canada six years ago where he has since opened his Italian barbershop, Simo the Barber, in Surrey’s Payal Business Centre at the heart of its Punjabi market.

“When I moved here from Europe I used to think about how I could give back, that we should do something to help those who need help,” said Kumar explaining his reasoning for volunteering for Fresh Start.

“When you provide a haircut to someone in need you see a lot of change.”

That transformative power of a clean new look is one that Steven Pearse remembers well. He witnessed it in everyone who also had a chance to get some chair time.

During his turn, Pearse recalled being seated next to someone whom he thought was a grizzled middle-aged man. “I looked over and thought this old guy with a scraggly beard is scary.”

“But then he got a haircut and it turns out he was maybe 20 years old. Everyone in the room was like ‘whoa.’ Like where did this guy come from?”

“His defences went down and you could see the lightness in him.”

For more information about the Fresh Start program, contact Upkar Tatlay at ECC at [email protected].