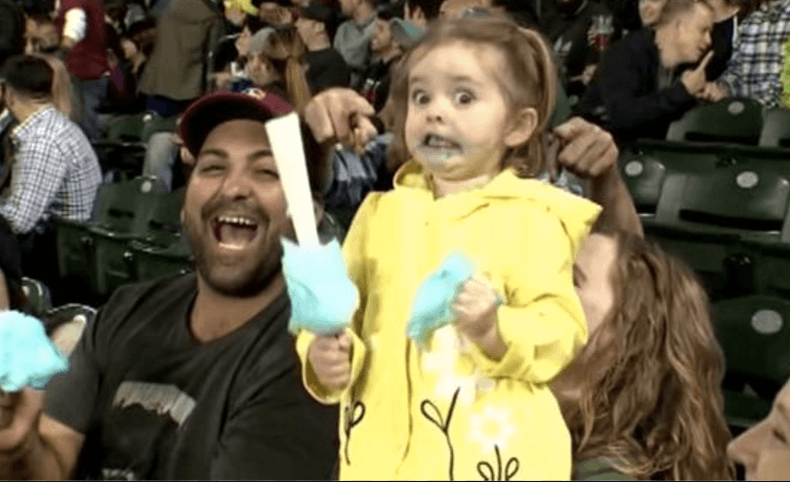 Hero bus driver saves 20 students on bus that blew up in flames pic.twitter.com/BlfNng1vgN

A bus driver from Maryland is being commended for her heroic act after she saved school children from a burning bus. Reneita Smith managed to get all 20 children off of her bus after it caught fire. “I am a mom of two kids,” Smith said. “It’s my job to save them.”

Nearly 400 students joined teachers at Christ Presbyterian academy in Nashville to sing to Ben Ellis, who has been fighting cancer over the past several months. The heartwarming moment of Ellis watching the students was caught on video and it has been viewed over 20 million times.

3. Student feeds homeless for her birthday

Yasmine Glover turned 23 but did not celebrate by going out partying. Instead, she decided to help the homeless. Glover handed out food to the less fortunate living in her Mississippi neighbourhood. “The goal was just to get my friends, my family, everyone that I could in the community involved,” said Glover. “You know, so that we can make a change within the community and just do our best just to put a smile on others faces.”

Beatrix Hart recently enjoyed some cotton candy at a Seattle Mariners game. When the sugar rush hit, the three-year-old’s priceless reaction was caught on camera, and it has been shared thousands of times.

5. Salesman buys sneakers for boy after noticing his were in shambles 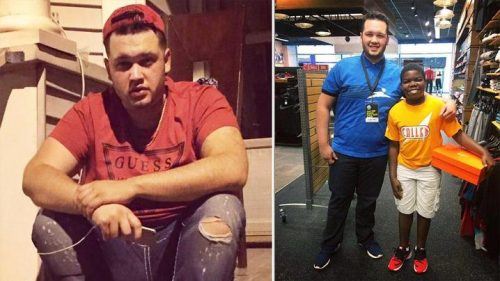 Osmani Torres works at an athletics shop in Worchester, Massachusetts. Last week, a young boy came in asking Torres to show him what the cheapest shoes were. Torres looked down at the boy’s feet and saw his shoes were completely falling apart. “I asked him if he wore that for the first day of school and he said, ‘Yes’,” Torres wrote in a Facebook post. That is when Torres decided to buy the boy a pair of shoes.“I did it out of the kindness of my heart,” he said. “Nothing makes me more happy than seeing someone with a smile on their face.”

A photo of a Tennessee firefighter is going viral after he gave a touching tribute to 9/11 victims. Jason Harding, 33, walked into his local Planet Fitness in full firefighter gear. He got on a treadmill and climbed the equivalent of 110 sets of stairs to honour first responders who gave their lives on 9/11.

7. Grandma bikes to work every day

Elena Galvez, 90, of Chile does not let her age define her. The grandmother has been biking 29 km to work every day for the past 43 years and does not plan on stopping.”Without my bicycle, I have no life,” Galvez said.

This koala ran onto the field during a soccer match in Australia, and it was pretty much the cutest thing ever.

This is absolutely incredible. Kids are our future- this is GOOD. https://t.co/Y4oXEX3j1p

Eight-year-old Cayden Taipalus of Michigan was shocked to see one of his friends being denied a hot lunch at school because he did not have enough money. Taipalus went home that afternoon and asked his mother how he could help his friends who could not afford lunch.

With his mom’s help, he created a fundraising website called “Pay It Forward: No Kid Goes Hungry,” where people could donate to help children who had trouble buying lunch at school. People quickly began donating and Taiapalus has raised nearly $7,000 to help his fellow students.