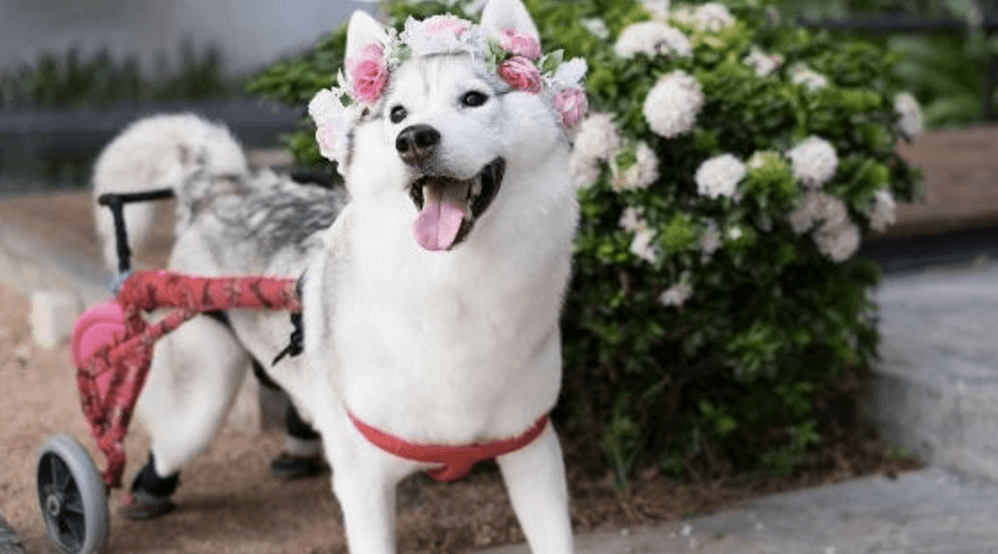 Subway passengers jumped into action when they saw a homeless dog go into labour on board the train. Moscow is known for its street dogs and sometimes they happen to ride on the Subway. This very pregnant dog needed assistance and after giving birth to one puppy, the dog was taken off the train by metro workers to a more comfortable setting, where she gave birth to eight more puppies.

2. World’s longest marriage ends in husband’s death, wife says it was a blessing to be married

Karam and Katari Chand were married for 90 years and they officially had the world’s longest marriage. Sadly, Karam passed away this week, one month before his 111th birthday. The couple had eight children, 27 grandkids, and 23 great grandchildren. Originally from Jalandhar, India, they immigrated to the U.K. in the 1920s. Katari will be turning 103 in November. She recently told the Indian Express that “it was a blessing to have been married and lived for [so] long.” She also said that “now that he had gone, she will pray for his peaceful rest.”

This mother koala rushed to save her baby after it got caught on a wire fence. Video footage of the koala mom was captured by a passerby in Burnside, South Australia. The baby can be seen struggling to get over the fence but the mother quickly comes over so she helped her little one to safety.

4. Grandfather has the best reaction to birthday gift

This Calgary grandfather was ecstatic to receive a pair of light-up shoes for his 70th birthday. Ted Thorne has wanted a pair of light-up shoes for several years and when he finally got them, he could not contain his excitement. His daughter caught his priceless reaction on camera and posted it on Instagram back in July. But it only recently started going viral and has been covered by numerous outlets including Good Morning America and the New York Post.

5. This cat has a pink wheelchair and is best friends with a ferret

Rexie the cat is no ordinary feline. He can’t use is back due to a permanent disability, so he uses a pink wheelchair to get around (and he totally rocks it). He is accompanied on his daily adventures with his best friend, which happens to be a ferret. It all seems very random, but it is also very awesome. Rexie is also a social media star, and you can keep up with his antics on his Instagram page, which has over 19,000 followers.

6. Special Ed Teacher invites all her students to her wedding

Kinsey French is a special education teacher at Christian Academy Rock Creek in Kentucky. She works with students who have Down Syndrome and she adores them so much that she invited all six of them to accompany her down the aisle as ring bearers and flower girls.

Love this video. Happy #hospicecareweek WATCH: The heart-warming moment this flash-mob breaks out in a hospice https://t.co/eqldOvDAiF”

A group of medical professionals and patients from Our Lady’s Hospice and Care Services in Harold’s Cross broke out into dance, entertaining diners at the facility’s cafeteria. The patients who performed were all over 65. They had been practicing the macarena for a month, getting ready to showcase their moves for their surprise dance routine.

When Jonathon Pengelly saw a homeless woman being turned away from McDonalds after she asked for a cup of hot water he wanted to do something to help. Before he entered the fast food restaurant, he approached the woman, named Polly, and asked what she wanted to eat. All she wanted was a cheeseburger. Pengelly gave Polly the burger and then invited her to his house so he and his friends could cook for her. She was able to take a warm shower and brush her teeth. Pengelly said all he wanted to do is make her feel like someone cared. “I’m no saint, but this small act of kindness cost me about £20. I know 90% of people reading this will earn about 10 times that a day,” he wrote in a Facebook post.

9. Woman adopts puppy with no paws

Kit Shinobu always wanted a puppy and she ended up with Maya, a  rescue dog from Thailand. Shinobu found out about Maya from a Facebook post and she immediately wanted to adopt the husky with no paws. Shinobu has provided Maya with a better life and with the help of her special wheelchair, Maja is finally able to enjoy freedom.