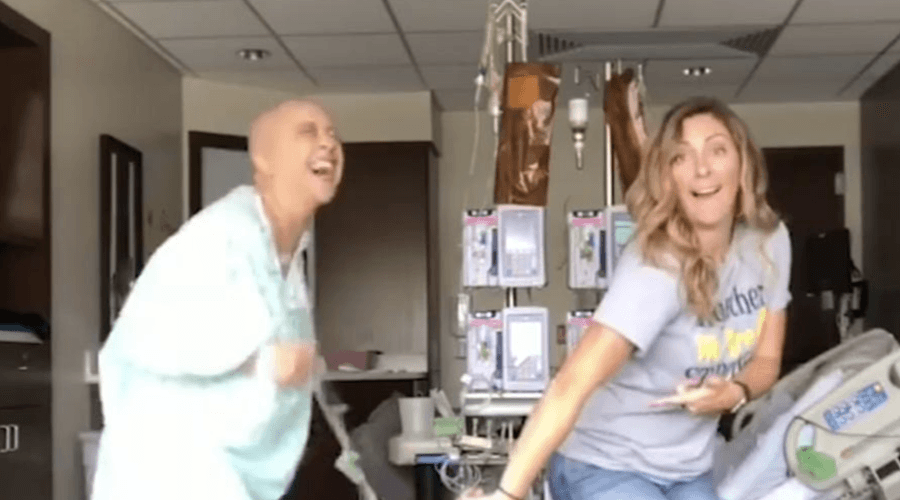 Deanna and Tony Alfano want to make sure their seven-year-old son Anthony will have the best Halloween ever.

Anthony has cerebral palsy and fitting into a Halloween costume can be difficult because he has a wheelchair. So, Tony has crafted him a special costume and it is amazing. This year, Anthony will be the Lincoln Memorial snow globe.

It sounds like a crazy idea but it is not anything new. Anthony’s family has been doing this for him since he was one-year-old. “He’s not going to be our super star baseball player,” Tony Alfano told ABC. “He’s just going to be the kid on Halloween that people are going to remember… And that’s what I want to do.”

Ana-Alecia Ayala is taking social media by storm with her impressive dance moves. Ayala us currently fighting  rhabdomyosarcoma, a form of cancer. But she has not let that get her down.

She recently posted a video of herself and a friend dancing to “Juju on That Beat,” a song that has sparked a social media dance craze. Her choreography is so on point, to the extent that the video has since gone viral.

Our Offcrs were out 4 lunch their server handed them a note &told them that someone paid their lunch.The note read
(TY from all of us)#LAPD pic.twitter.com/ngXkml6ccD

A mystery diner left some LAPD officers with a smile on their face. The officers were out for lunch and when it was time to pay the bill they received a pleasant surprise. The waitress came over and told them that an anonymous patron had paid for their meal. And the mystery diner also left a note.

“It is by pleasure to buy you lunch,” the note read.”I want you to know that there are quite a few people that support you.”

@6abc The dog was taken to @CARESvet & is currently being treated for smoke inhalation. pic.twitter.com/UZZnBeOwkD

A family dog from Philadelphia is being hailed a hero after saving its family from a house fire.

According to ABC 7, Andrea Bulat’s dog, Che, began barking at about 4:30 am on Sunday morning. Neighbours say it was unusual for Che to be barking so early in the morning and it turns out the dog was trying to warn Bulat of a house fire.

When firefighters arrived at the scene, they saw Che on top of Bulat, who was unconscious. Bulat was rushed to the hospital with burns on over 50% of her body. Currently, Che is recovering at an animal hospital.

A park ranger stopped traffic to make sure this family of bears could safely cross the street, and it made for a very cute moment.

6. Teacher will buy new bike for every student at her school this Christmas

A South Carolina teacher has promised to buy every child who attends her school a brand new bicycle.

Katie Blomquist is a first-grade teacher at Pepperhill Elementary School. The school receives extra funding from the federal government because many students come from lower income families.

Blomquist is hoping to bring some holiday cheer to the kids with new bikes, so she started a GoFundMepage to fundraise for the bikes. “I literally think about it everyday in my classroom, telling these kids that they’re going to get a new bike and how much they’re going to freak out,” Blomquist told ABC news.

7. Hairless hamster gets new sweater to keep it warm

A hairless hamster in Oregon will be kept warm this winter thanks to a custom-made sweater. A staff member at the Oregon Humane Society (OHS) kitted Silky the hamster a tiny sweater to help keep her warm, and it is pretty much the cutest thing ever.

Officer Dwayne Phillips of the New Jersey Police Department got an unusual rescue call last week. Philips received a report that a deer was drowning in a backyard swimming pool at a home in Harmony Township. Phillips immediately jumped to action and grabbed the panicked deer and managed to drag it out of the water.

Jill the squirrel got lost in a hurricane but someone found her and took her in. While many squirrels may not be good pets, Jill is adorable and makes for a great house guest.