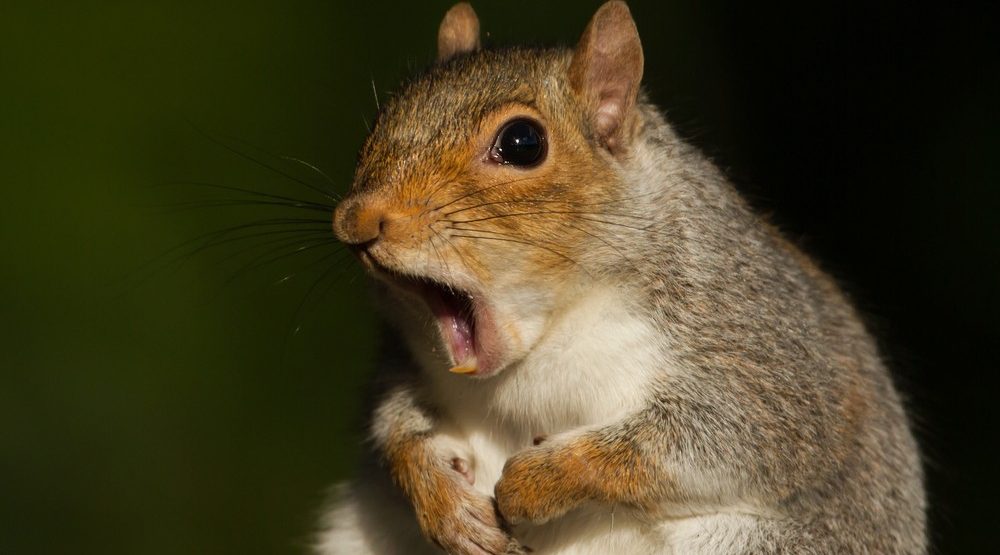 This story is nuts.

A couple in Oak Bay on Vancouver Island got quite the shock when they returned to a ransacked home after a five week vacation on Sunday.

A wall clock was knocked down, some pictures were crooked, documents and papers were rooted through in the den, and some chocolate and nuts had been eaten.

But this wasn’t the work of thieves, it was in fact a crime committed by a woodland critter.

“They called the police thinking someone had entered the home and gone through it,” Deputy Chief Constable Kent Thom with the Oak Bay Police Department told Daily Hive. “When our two police officers arrived, they walked in, and it did initially appear that way, but going through the home, they found rodent feces.”

Those droppings, as it turns out, belonged to a squirrel that had become accustomed to regular feedings by the couple.

Guess he missed his handouts while they were on vacation. Fair enough.

While the police were searching the home, they found the (likely scared) little critter cowering behind the washing machine.

“Using a broom, one of them climbed up on top of the washer and dryer and they kind of scooted the squirrel out of the only opening that it could get out, while our other officer was standing there with a towel and was able to grab the squirrel,” says Thom.

They then took a selfie with the squirrel – because why wouldn’t you? – and sent him off back into the wild.

Great detective work and patience allows @OakBayPolice catch a suspect that thrashed a homeowner’s home while they were on vacation pic.twitter.com/TkaBwyetJY

While they know why the squirrel wanted to get in the house (free peanuts are alluring for any squirrel), Kent says they haven’t quite figured out how the squirrel managed to break into the home.