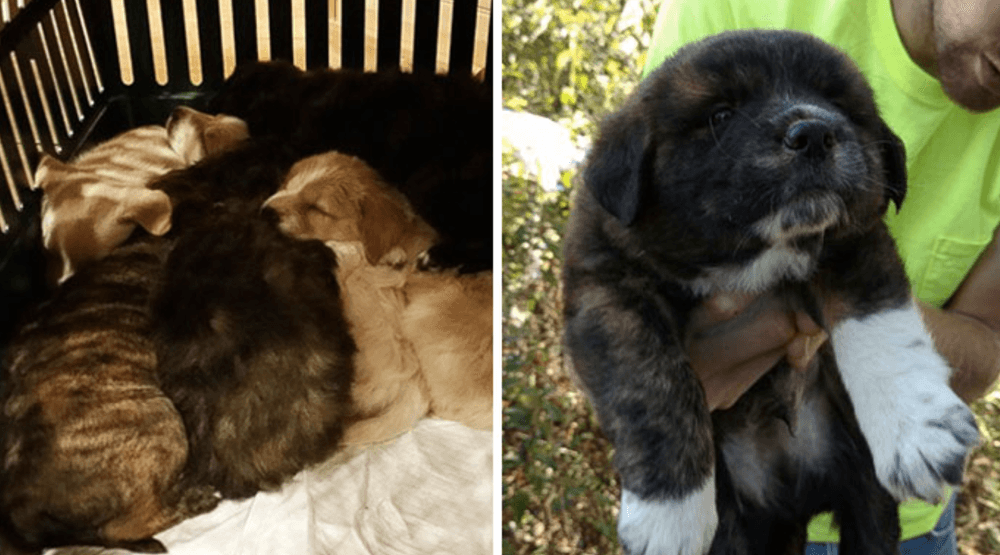 An unidentified man and his three-year-old daughter were on a late night flight from Boston to San Franciso on Halloween night. He knew his little girl would be sad about not being able to go trick-or-treating so he asked fellow passengers to help him make his daughter’s Halloween the best one yet.

Stephanie Kahan was also onboard the flight and tweeted that the dad passed out candy to all passengers with a note attached that read: “My three-year-old daughter, Molly, was bummed that she wouldn’t be able to go trick-or-treating this year due to this flight… so I decided to bring trick-or-treating to her.”

“If you are willing, when my little donut comes down the aisle, please drop this in her basket. You’ll be making her Halloween! If you’re unwilling, no worries, just pass the treat back to me. Thanks so much!”

Passengers loved the idea and the little girl was able to celebrate Halloween after all.

2. ‘Spiderman’ scales building to save two-year-old in China

A Chinese man is being hailed as ‘Spiderman’ after he scaled the side of an apartment building to save a toddler hanging from a window.

Liang Lee heard the boy crying and sprung into action. He climbed up the building and save the child and the rescue was caught on camera.

Residents living in a North Carolina neighbourhood are getting ready for Christmas a little bit early this year all for a good cause. Michelle Fadel lives in the neighbourhood and is battling terminal cancer. She loves Christmas, but according to her doctors, she probably will not live to see this holiday season. So to lift her spirits, her neighbours are decorating their homes early for Christmas.

This dad rose to the occasion to create an epic Halloween costume for his daughter, Zoey. She wanted to be a storm cloud for Halloween and he definitely made it happen.“I like to go a little crazy with costumes for my daughter every year,” he explains in a Youtube clip. “We have fun making them together.”

6. Dog gets super excited seeing his owner dressed up as favourite toy

This Golden Retriever nearly lost her mind when her owner dressed up as her favourite toy. For Halloween, Ben Mesches wanted to surprise his dog Jolene who loves her stuffed Gumby toy. So he decided to dress up as Gumby and see how Jolene reacted. Basically, it was the best thing that could ever happen to Jolene and she could not contain her excitement.

A Michigan groom’s bachelor party unexpectedly got overrun by puppies. Mitchel Craddock of Vicksburg, Michigan, took his friends to a cabin in Tennesse for his bachelor party. They noticed a stray dog outside and the men quickly befriended the pup. Craddock says that they could tell the dog recently had puppies and she looked dehydrated and malnourished. The men also noticed that she was protecting a certain spot in the woods and they went to investigate. What they found was her littler of puppies. The eight dogs, including the mom, were adopted by Craddock and his groomsmen.

8. Indian boss gives employees cars and jewelry as a Diwali bonus to staff

Could this guy be the best boss ever? Savjibhai Dholakia is a diamond tycoon in the Indian city of Surat. To celebrate the festival of Diwali, Dholakia decided to give away 1,260 cars and 400 flats and pieces of jewelry away to his employees. “Our aim is that each employee must have his own home and car in the next five years. So we have decided to gift cars, homes and jewelry to employees,” Dholakia told AP.

Need a dose of cuteness? This dog performing the ‘trust fall’ with his owner will make your day. We promise.