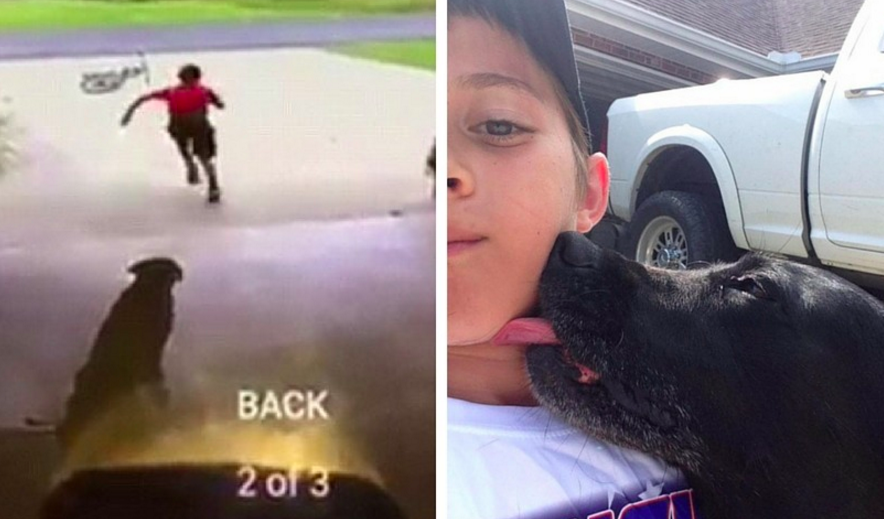 1. Man buys all the food in closing pet store to donate to animal shelters

Man buys all the food in closing pet store to donate to shelters https://t.co/kC58XgMRuT

A Newfoundland pet store that was closing down got a surprise when a man decided to buy all the remaining cat and dog food. Sean Squires walked into Petculture and purchased $3,000 worth of pet food so he could donate it to local shelters. Store employee Erika Penny was taken aback by Squire’s kind gesture. “$3,000 to drop on food just to donate — not many people can do that. I’m sure many people wish they could,” she told The Telegram.

2. Baby born at 1 pound beats all odds and survives 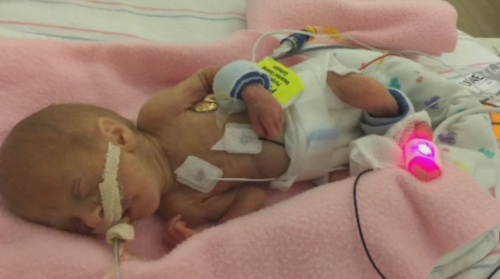 A baby weighing only 1 pound and 4 ounces at birth has defied all odds. Parents Ron and Nadia always had faith that their baby girl Esther would survive despite being born extremely premature. In April, Nadia gave birth when she was only 18 weeks pregnant. According to doctors, Esther only had a one per cent chance of survival. But the baby is recovering well and she is expected grow strong enough to go home in 3-4 months. “She was born at 1 pound 4 ounces and now we are up to 1 pound 5 ounces. We’ve made baby steps, which is a pretty big deal,” Ron told CBS.

After finding out that one of her students had attempted suicide, English teacher Brittni Darras was heartbroken. But Darras was also inspired to do something to reassure each and every one of her students that they mattered. Darras started out by penning a letter to the student who attempted suicide. Then, she spent the next two months writing letters to the remainder of her 130 pupils, reminding them of their great qualities and why they are important to her.

She handed the heartfelt notes to her students before they left for summer vacation.“For these other kids, it’s very hard for us to know who is struggling with thoughts of depression or suicide…The only thing I could think to do was to write every single one of them a unique card, ” Darras told Today.

4. Women match on Tinder and find out they also match for a kidney

Alana Duran and Lori Interlicchio met on Tinder. The women instantly connected and soon started dating. But that is not only the connection the women have. Duran has been in need of a kidney transplant for several years. It turns out that Interliccho is a perfect donor for Duran. She surprised her girlfriend with the good news in a heartwarming video, which has received outpouring support from strangers on social media. “When we posted the video, it was really for our family and friends to see,” Duran told Today. “We had no idea how much love and support we were going to get from strangers from around the world. It’s been really surreal.” 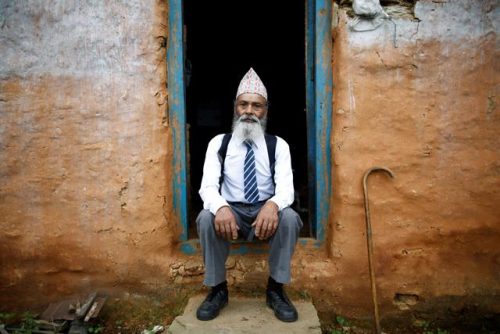 An elderly Nepalese man is returning to school to complete his education. Durga Kami, 68, attends school seven days a week. For Kami, school is not only a place to achieve his goals, but also to keep busy. Ever since Kami’s wife died, he has lived in solitude. At school, the grandfather has made friends with his fellow classmates and teachers. Kami hopes that he will inspire others to return to school as well. “If they see an old person with a white beard like me studying in school they might be motivated as well, ” he told The Hindustan Times.

Over $2 million dollars was raised in nearly a single day for the victims of the tragic Orlando nightclub shooting. In just 27 hours, a GoFundMe campaign brought in $2.1 million dollars in donations to help family and friends who lost loved ones in the attack. The crowdfunding campaign was organized by the largest LGBT rights group in Florida and it is the fastest-funded event in GoFundMe’s history.

At the time of this article’s publication, the crowdfunding campaign had already raised $4.65 million.

7. Nearly 200 people attend funeral for veteran with no known relatives

Only four people were supposed to attend the funeral of Serina Vine, a former World War II veteran. Vine was homeless and only a handful of people knew her. Word got out of Vine’s death and Jaspen Boothe, a former homeless veteran, took notice. Boothe felt terrible that only a few people were going to pay their respects to Vine, so she decided to share the news of the funeral on social media. On the day of Vine’s memorial service, over 200 strangers were in attendance to honour Vine all thanks to Boothe’s caring gesture.

8. Boy sneaks into neighbour’s garage to hug to her dog

Hollie Mallet was checking her home’s security footage when she noticed something strange. The tape showed a little boy stopping at her house daily to sneak into her garage. But the boy was not trying to steal anything from the home. It turns out, he was just trying to sneak in a daily hug with Mallet’s pet dog, Duchess.

Mallet posted the footage on Facebook to try to find out who the boy was. Shortly after, the boy’s mother, Ginger Clement Breaux, saw the post. She immediately contacted Mallet and confirmed that her son Josh was the notorious dog-cuddler. Mallet was touched by Josh’s love towards Duchess and has given the boy permission to come visit her pet anytime.

Nine-year-old Addison Witulski is a big sister with a big heart. The little girl opened up a lemonade stand to raise money for her littler brother’s heart surgery that is scheduled for July. Addison overheard her family members talking about how they were having a difficult time paying medical fees. She felt awful and decided to open up a lemonade stand to help pay for the surgery. Addison has managed to raise over $500. “ I cannot explain, I can’t, there are no words. I’m just, I’m so grateful. She is a sweetheart, I mean this girl, she helps me more than I help her at times,” Addison’s grandmother and guardian, Kim Allred, told NewsWest9.