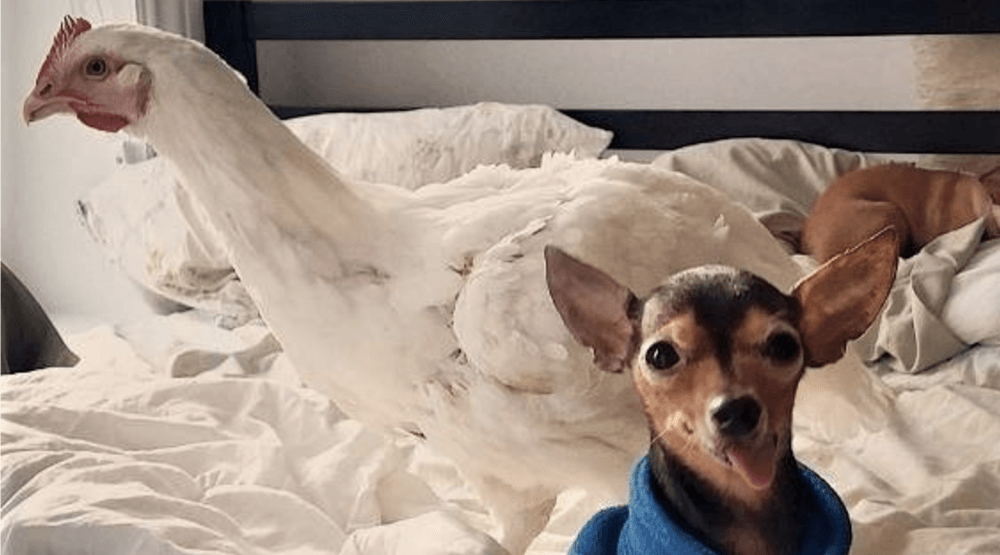 Police in Norridge, Illinois, saw a homeless man wearing worn out shoes and decided to buy him a new pair of boots. The officers, who wish not to be named, saw that the soles of the homeless man’s shoes were missing so they went to the closest shoe store and grabbed him a new pair.

This two-year-old boy jumped to action when he saw his little brother was trapped under a dresser. Video footage of the heart-stopping incident was caught on a nursery surveillance camera. One child is stuck under the dresser and his brother runs over to lift the furniture off the boy. Both toddlers are safe and no one was seriously injured.

Michigan firefighters rushed to the scene to save a dog that had fallen through thin ice. The dog was struggling when the firefighters arrived and pulled him safely out of the frigid water.

4. Mom donates 2 organs to save her son

Devoted Irish mum to donate two organs to save her little boy’s life: ‘This is going to be your year’ https://t.co/NhMlFEFkLe pic.twitter.com/Z8AqA3Bgbk

Four-year-old Joe Lamont was born with a rare kidney disease and was recently diagnosed with an advanced liver disease. The toddler was in desperate need for transplants and his 36-year-old mother Sarah decided to donate one of her own kidneys and part of her liver to save her son. She is scheduled for surgery on January 25. “I’ll be all right, I’m a very optimistic person. If I could do it today I would, the sooner the better,” Sarah told the Independent.

Matthew Todd Paproski of Alberta posted a video of himself and a group of other good samaritans rescuing a stranded deer in a frozen river. He said the video was posted to encourage others to help animals in need. Since posting it on December 27, 2016, the video has gone viral with almost 16,000 views so far on Facebook.

Paproski used his skills as a former firefighter and with the assistance of others in the area, he set up with a rope and a belay and some spotters before setting out onto the ice.

A man in Chimbote, Peru, got drunk and hit his head resulting in a bad injury. He has been bed-ridden for weeks but thankfully his loyal dogs have not left his side. His dogs have been with him in the hospital since he was admitted a few weeks ago.

Rose is a rescue chicken that has become best friends with her dog siblings. Rose was adopted into a home with three Chihuahuas, and together they make the cutest crew ever.

A Fish and Chips restaurant in Belfast, Ireland, recently received an interesting request from a customer ordering take out. Feely’s Fish & Chip Shop got a take out order from a woman named Fiona Cuff on December 30. In the “additional comments” section of the order, she wrote, “Will you please stop in Spar on the way to get me Benylin cold & flu tablets and I’ll give you the money, only ordering food so I can get the tablets I’m dying sick xx.” The restaurant carried through with the order. Now that is one Fish and Chips shop that does not disappoint.

9. Dog saves sister from being hit by train

This dog was stuck on the train tracks but her brother managed to save her life every time a train went by. The dog was injured for two days but her brother stayed to bring her food and keep her warm. They animals were eventually rescued and now have a safe place to call home.