Cancer. The dreaded ‘C’ word that takes far too many lives every year. Jamie and Chris Ruscheinski, founders of Twins Cancer Fundraising, have made their stand against cancer and aim to raise over $200,000 to fight the disease at their third annual Gone Country event this summer.

The Cloverdale-raised twins are more determined than ever to rally support and combat cancer from all angles. Following the success of previous years, the brothers have organized their successful outdoor music festival in Cloverdale, with every dollar raised going towards fighting cancer. Headlining acts include popular country performers Blackjack Billy, Tebey and Karen Lee Batten.

The brothers started Twins Cancer Fundraising after their mother passed away from a long battle with breast cancer. They wanted to offer support and help other families in similar situations who had also been affected by the disease. After losing their close friend Shaun Gauthier to cancer five years ago, the twins felt even more passionate about fundraising and making a difference.

“The majority of the money raised will go to the BC Cancer Foundation, which works directly with the BC Cancer Agency,” says Chris Ruscheinski. “Last year, we purchased a vital piece of equipment for the BC Cancer Agency, and this year we’re looking to do the same. We want to maximize every dollar spent and we feel this is a great way to do it.” 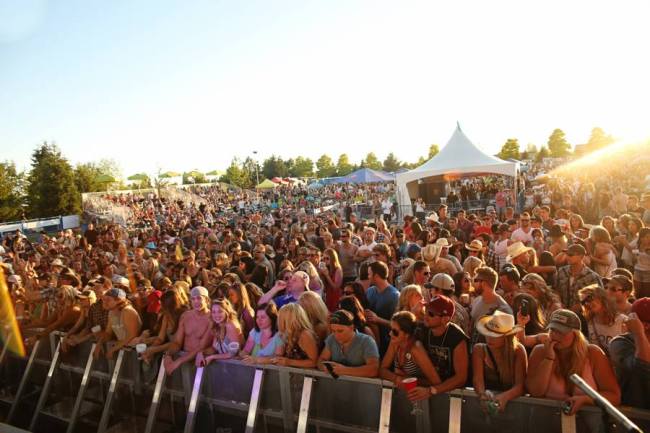 In addition to the general admission tickets, the brothers have created a “Raise It For Your Cause” pass, a special set of Gone Country tickets designed for group sellers. From these ticket sales, an estimated $20,000 will be donated directly to families in the community who are battling the disease.

According to Ruscheinski, the support for the event is bigger than ever. Gone Country has received great public backing, and fans have promoted the cause through social media to help cut marketing costs and remind people of the primary goal: raise money to fight cancer. 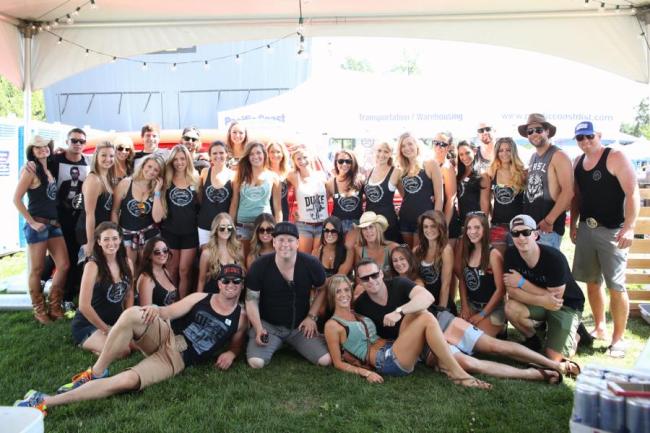 The team behind Gone Country (Angela Waterburg/Photos by Blush)

When asked whether they think it’s realistic to raise $200,000 from the event, it’s evident that the brothers have set their sights on an even larger goal.

“We hit the $215,000 marker last year, so we’ve now bumped our goal up to $250,000. Every year we find further ways to cut our costs so that more money goes to help families in need. This year we aim to generate more revenue with the JRFM Bulls & Balls game area, which includes a mechanical bull and zorb racing. All money raised goes towards fighting cancer and we have never taken a penny of the proceeds, which is the way our mom would have wanted it.”

Where: Millennium Park in Cloverdale, Surrey

With an expected sell out and record ticket sales this year, guests are advised to purchase passes in advance. Entrants must be 19+ and carry two pieces of valid ID. All money raised will be donated to local causes and the Shaun G Foundation.