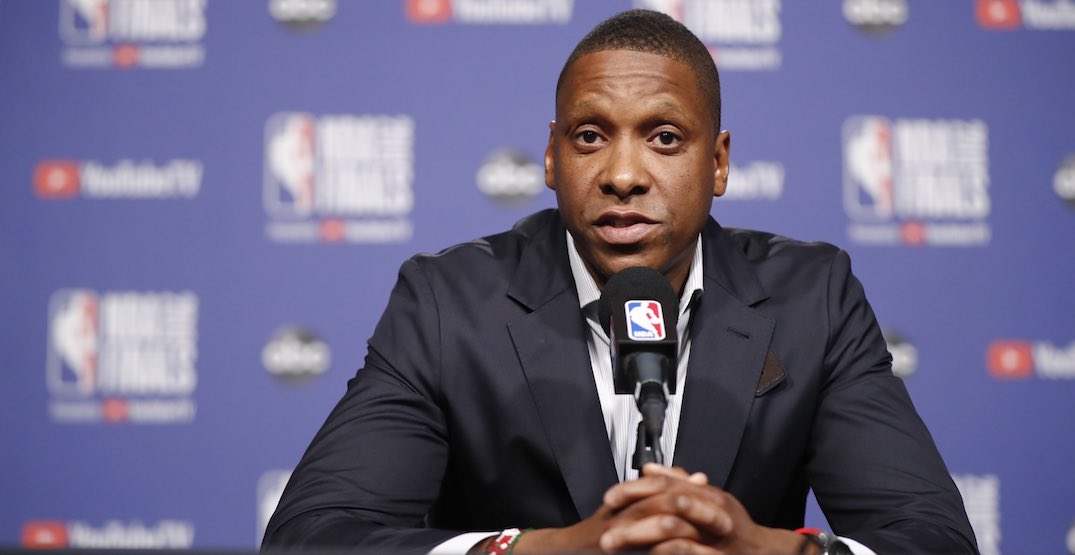 After more footage of an altercation between Masai Ujiri and an Alameda County sheriff’s deputy surfaced, the president of the Golden State Warriors has publically apologized to Ujiri.

The incident happened shortly after the Raptors won the NBA championship in Oakland, as Ujiri attempted to join his team on the court to celebrate the victory.

The video shows Ujiri flashing his credentials before being shoved aggressively twice by the Alameda County sheriff’s deputy Alan Strickland. Strickland later filed a federal lawsuit against Ujiri, the Raptors, Maple Leaf Sports and Entertainment, and the NBA, alleging he suffered “permanent disability” due to the altercation.

Since the new recording emerged, Rick Welts, president and chief operating officer of the Warriors, took to his Twitter account to offer his apologies to the Raptors’ president.

“To my personal and professional friend Masai Ujiri, I am heartbroken seeing the video of what should have been the happiest professional moment of your life,” Welts wrote. “It’s hard to watch and to know all that swirled around you in the aftermath.”

Though stating he had “no role in hiring or managing security at our old arena,” he says because it happened at one of his team’s games, he owes an apology.

While we had no role in hiring or managing security at our old arena, it happened at a Warriors game and for that I apologize. You rose above it which doesn’t surprise me or anyone who knows you. Now…go make some noise in the bubble! (2/2)

“You rose above it which doesn’t surprise me or anyone who knows you,” he concluded. “Now…go make some noise in the bubble!”

On Thursday, Ujiri released a statement thanking “everybody who has expressed disappointment and concern,” about the video that was released. He did not mince words when explaining why the incident happened.

“Unfortunately, I was reminded in that moment that despite all of my hard work and success, there are some people, including those who are supposed to protect us, who will always and only see me as something that is unworthy of respectful engagement,” said Ujiri. “And, there’s only one indisputable reason why that is the case – because I am Black.”

Ujiri later went on to say that the only reason he is getting justice is because of his success as president of an NBA team.

“So many of my brothers and sisters haven’t had, don’t have, and won’t have the same access to resources that assured my justice,” he said. “And that’s why Black Lives Matter.”