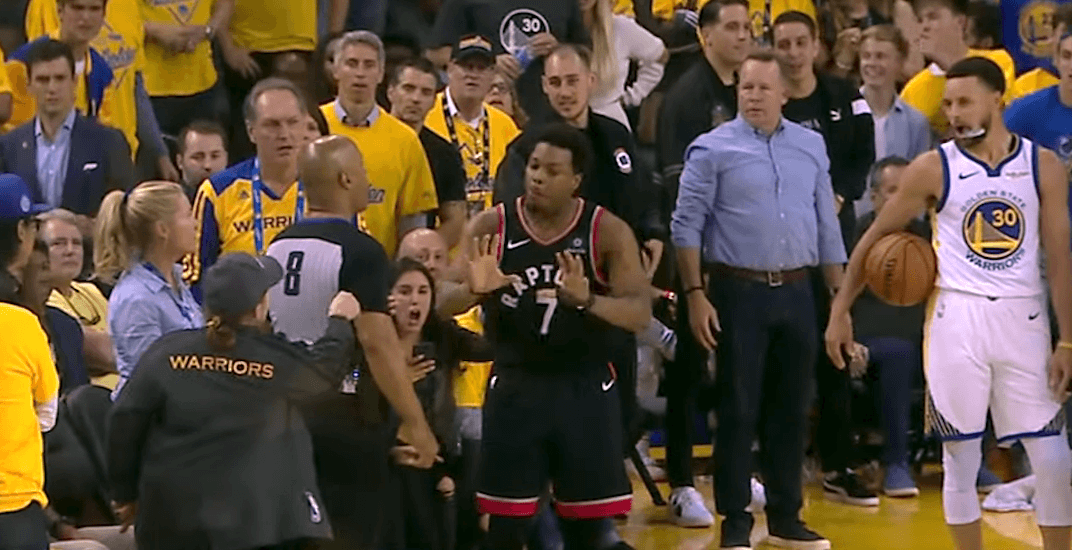 The fan who shoved Toronto Raptors point guard Kyle Lowry during Game 3 of the NBA Finals isn’t just any fan.

He’s a part owner of the Golden State Warriors.

Mark Stevens, a Silicon Valley venture capitalist and minority owner of the Warriors since 2013, was ejected from Wednesday’s game after he had words for Lowry and pushed him. The incident occurred after Lowry crashed into the courtside seats at Oracle Arena in an attempt to keep a ball in bounds early in the fourth quarter.

The Warriors released a statement on Thursday, confirming that Stevens was the culprit, and offering an apology to Lowry and the Raptors.

“Mr. Stevens’ behaviour last night did not reflect the high standards that we hope to exemplify as an organization,” the statement reads. “We’re extremely disappointed in his actions and, along with Mr. Stevens, offer our sincere apology to Kyle Lowry and the Toronto Raptors organization for this unfortunate misconduct. There is no place for such interaction between fans—or anyone—and players at an NBA game.

“Mr. Stevens will not be in attendance at any of the remaining games of the 2019 NBA Finals.”