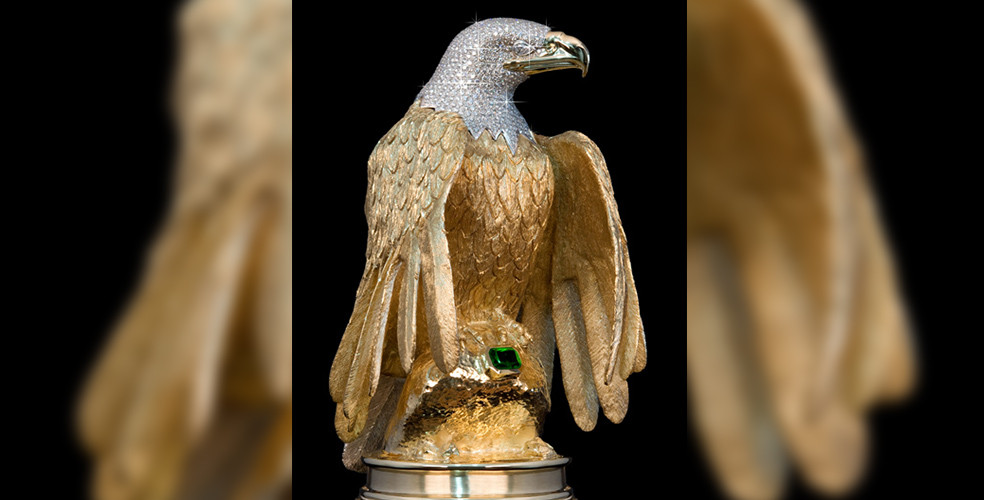 A statue of a bald eagle made out of solid gold and adorned with 53 carats worth of diamonds was stolen from a Ladner home on Sunday evening.

Delta police say they responded to calls of a robbery at around 10 p.m. in the 4700 block of 57th Street. The victim had minor injuries and was taken to hospital before being released.

The eagle’s valuation is in the millions of dollars.

In addition to the combination of white and yellow gold making up the body of the eagle, there are 763 brilliant round-cut diamonds on the head and a 12 carat emerald that’s estimated to be worth $4.8 million located toward the base.

The eagle was constructed by artist Kevin Peters and was meant to raise money for breast cancer research. It’s the largest sculpture of its kind ever created.

The sister of Ron Shore, the man who commissioned the piece, died from breast cancer just two days after giving birth to her daughter.

Police are working with the victim and witnesses to determine what happened and to confirm a description of the suspect before releasing further details.