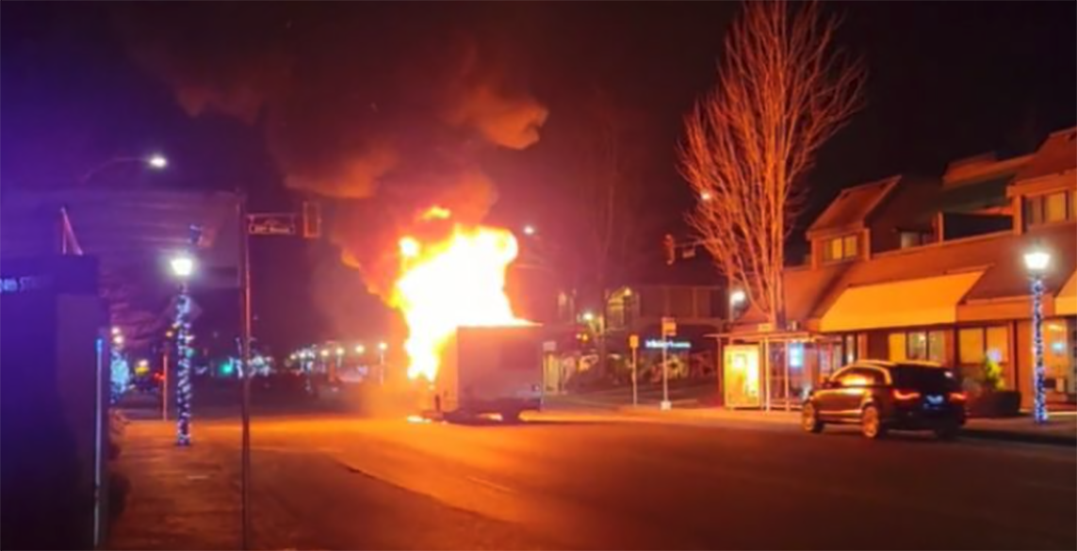 Robert's RV went up in flames earlier this week, leaving him homeless (GoFundMe)

More than $17,000 has been raised for an 83-year-old man who lost his RV home and all of his possessions in a fire.

Patricia Maxwell says that earlier this week, her brother Robert Maxwell’s RV caught fire while he was driving in West Vancouver.

“It’s not known how the fire started but everything went up in smoke,” she wrote in a GoFundMe.

And not only was the RV his only method of transportation — it was also his home.

“He has lost everything, his clothes, all his kitchenware, bedding, medication, documents,” Patricia stressed. “Everything that a person needs to live.”

Robert is now homeless and staying in a warming shelter, Patricia said, adding that he struggles with medical issues. She started the GoFundMe on Thursday, hoping to raise funds and get him back on his feet.

“He will need money for a place to rent, for clothes, furniture, household items, and personal items (medications, etc.),” she said. “As he has no place to stay, he is not able to receive donations of clothing or household items at least until he has a place to live.”

At the time of writing, the fundraiser has raised $17,075 of its $15,000 goal. Patricia Maxwell adds that Robert has found temporary space in a shelter and that they’ve received an offer for a short-term place to stay as well as household items.

“My brother can’t believe what is happening but wants to thank everyone for [the] kind generosity and consideration to a total stranger.”