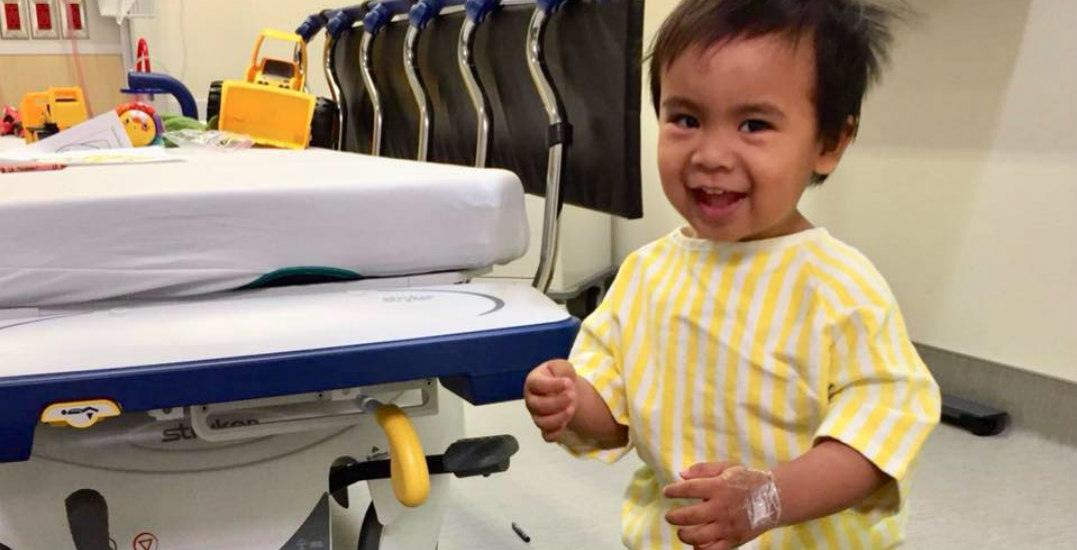 A GoFundMe page has been set up by the family of a two-year-old boy in Vancouver who was recently diagnosed with a rare condition known as Moyamoya disease.

Shortly after Kaiden’s first birthday, parents Kyle and Aiza brought him to the doctor to have his lazy eye examined. It was confirmed to be what is known as a “morning glory anomaly,” which can be a symptom of more serious health concerns.

Following various testing over the next six months, Kaiden was diagnosed with Moyamoya disease, a condition in which blood vessels supplying blood to the brain become narrowed, limiting the flow of blood to the brain and increasing the risk of strokes, seizures, and mini-strokes by 80%.

Moyamoya is a progressive condition, meaning that it gets worse over time, so children need prompt treatment to reduce their risk of stroke and seizures.

With surgery, the prognosis tends to be positive, however if left untreated, the disease will progress, potentially causing irreversible neurological damage over time.

The cost of a life-saving surgery at Boston Children’s Hospital, where they are experts at treating the rare condition, is approximately $200,000.

With Kaiden’s surgery being scheduled as early as mid-January 2019, the family has taken to the Internet to spread the word on their fight.

“In some ways our prayers have been answered, but now we are pressed for time. Without emergency surgery we can lose Kaiden, we may lose our little boy,” the family writes in their GoFundMe appeal.

Since its creation, the online campaign has seen overwhelming support with more than $67,000 raised in just over a week.

You can visit their Facebook page for Saving Kaiden for more information and updates.