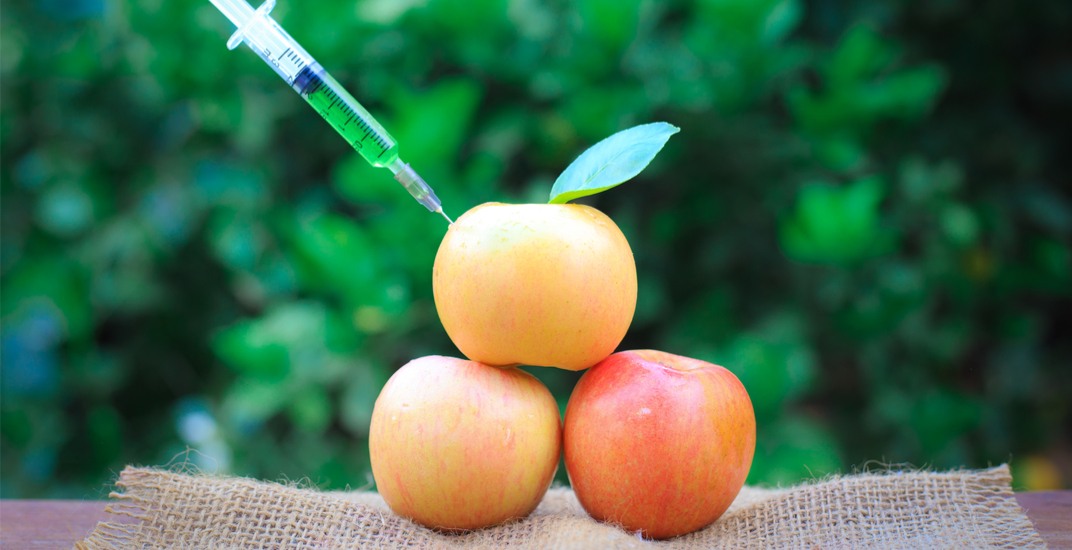 While the majority of Canadians want GMO labelling in grocery stores, it turns out many don’t understand exactly what genetically modified organisms (GMOs) are or how they are produced.

According to a recent Angus Reid poll, most Canadians (60%) say they “know a little bit about them,” when it comes to personal knowledge on GMOs. As for the safety of consuming genetically modified foods, fewer than 2 in 5 Canadians say it’s safe to eat.

But despite the lack of knowledge, most Canadians (83%) want GMO labelling. So what exactly do GMOs entail? 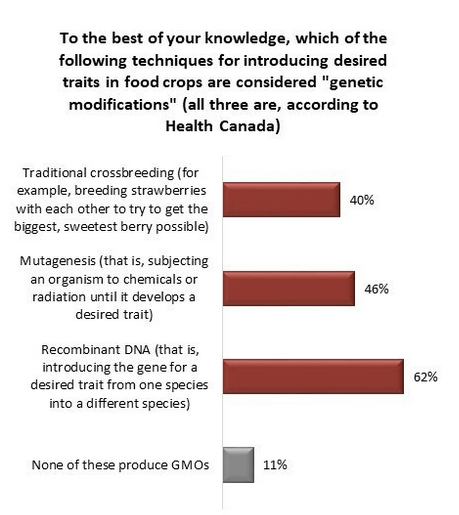 According to Health Canada, a genetically modified food “is one derived from an organism that has had some of its heritable traits changed.”

And the processes of GMOs are expanding.

Last year, Health Canada issued its first approval for a genetically modified food animal – a salmon that grows twice as fast as a typical farmed Atlantic salmon because of genes from other fish species that have been added to its genome, according to Angus Reid.

The AquAdvantage salmon, is an example of a process called “recombinant DNA” – which takes the gene for a desired trait from one species and introducing it into another.

While this is one GMO, there are other processes that fall under Health Canada’s definition including:

In the poll, fewer than half correctly chose crossbreeding (40%) or mutagenesis (46%), while a majority (62%) were able to successfully identify recombinant DNA as a GMO-producing process.

And looking at these opinions nationally, most Quebecers (49%) say that cross-bred plans and animals should be labelled, this is more than any other province.

At the end of the day, while most Canadians want mandatory labelling of GMOs, it all comes down to the price of the product.

When asked about the most important considerations when food shopping, almost three-quarters of Canadians (72%) choose affordability.

So in the end, labelled or not, if the price is right it seems like most won’t actually care.