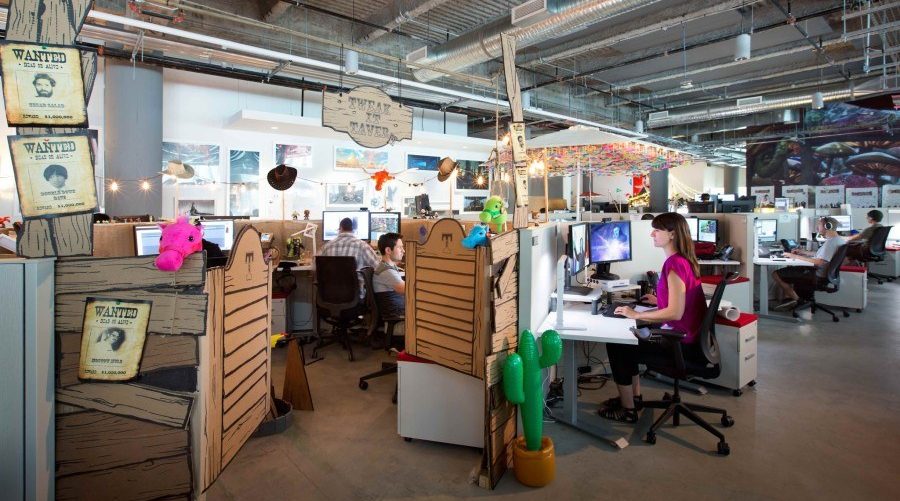 Rarely a week goes by where I don’t read an article about the growing presence of global companies setting up outposts in Vancouver and Canada. The most recent news is that Apple is opening up a corporate office in downtown Vancouver in a glitzy tower owned by Westbank. There’s significant excitement around this. As there should be.

But what I find funny is that most articles touting Vancouver’s reputation as a growing innovation hub—including the two I just linked to—actually understate this reality by citing the same companies over and over again.

Most of these stories reference the fact that Microsoft and Amazon have invested heavily in the city and are acting as magnets for additional companies, talent, and investment. Of course, that’s true, and those two companies deserve credit and recognition for the positive economic impact they’ve had on the city. However, there are many other major tech firms with established Vancouver offices.

Let’s not forget the other giants with a major Vancouver footprint. 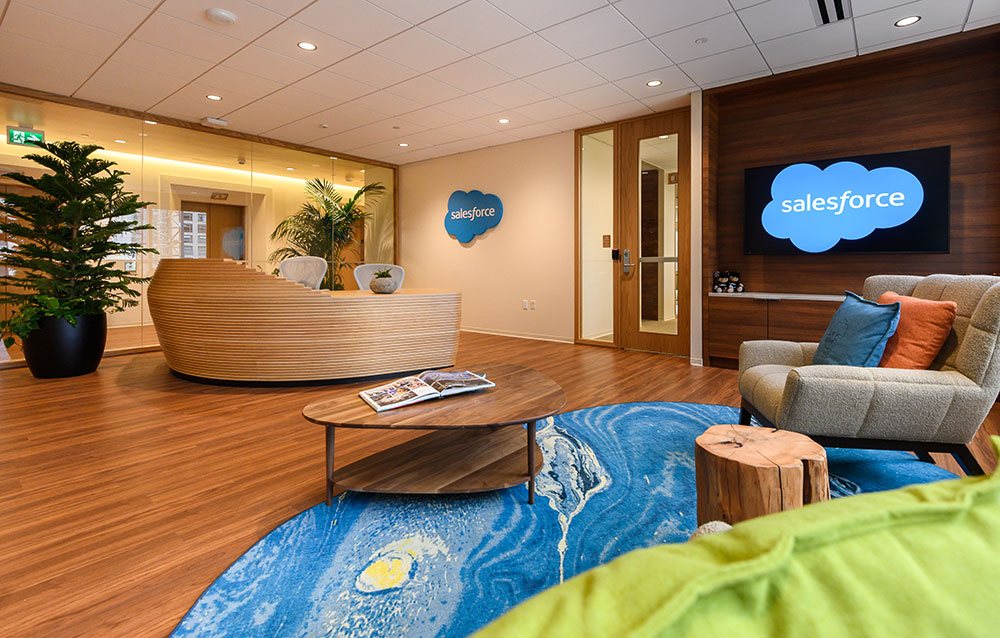 Salesforce is a heavyweight in the cloud-based CRM market with revenues of more than $13 billion. The company’s Canadian presence kicked into high-gear in back 2010 when they reportedly spent $476 million to acquire north-of-the-border companies including Vancouver’s Sitemasher for an estimated $20 million.

Saleforce’s presence has been growing ever since, and now there’s another Salesforce-Vancouver connection. Tableau Software opened a Vancouver officein 2015. Salesforce just bought them for $15.3 billion (USD). Plus, last October, Salesforce Co-CEO Marc Benioff pledged a US$2-billion investment in Canada, so there could be more Vancouver expansion in the works. 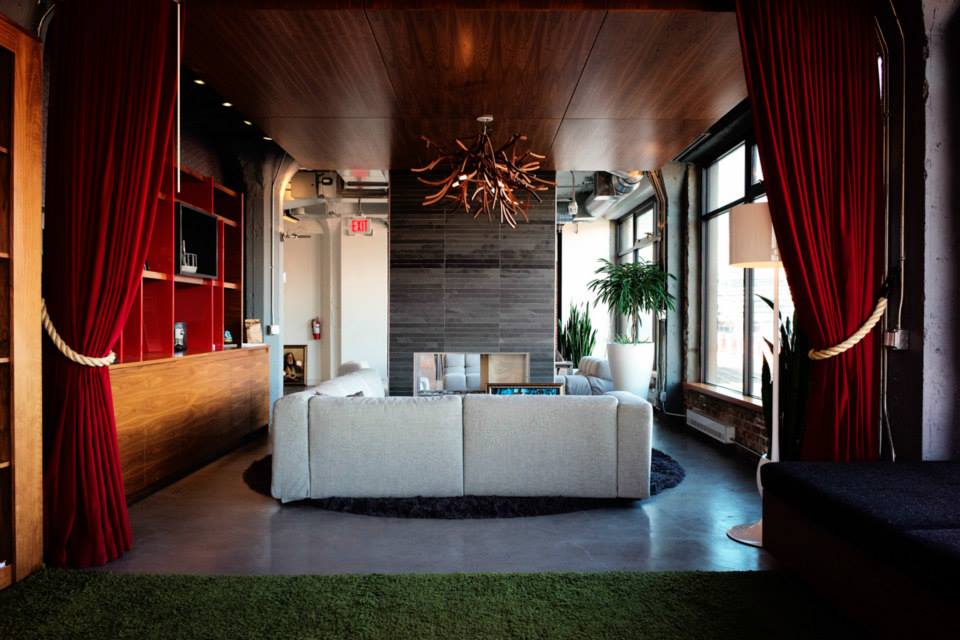 Disney is one of the world’s largest media and entertainment companies and is headquartered in Burbank, California. The company is valued at nearly $240 billion and its holdings include ESPN, National Geographic, and Hulu, among other properties.

What’s their Vancouver connection? Industrial Light & Magic (ILM), a division of Disney-owned Lucasfilm operates in a chic Gastown space, which was the company’s first Canadian workshop. Their original Vancouver space was opened in 2012, and in 2017, they invested in a second studio.

According to LinkedIn, nearly 400 people are connected/working at ILM/Disney in Vancouver. 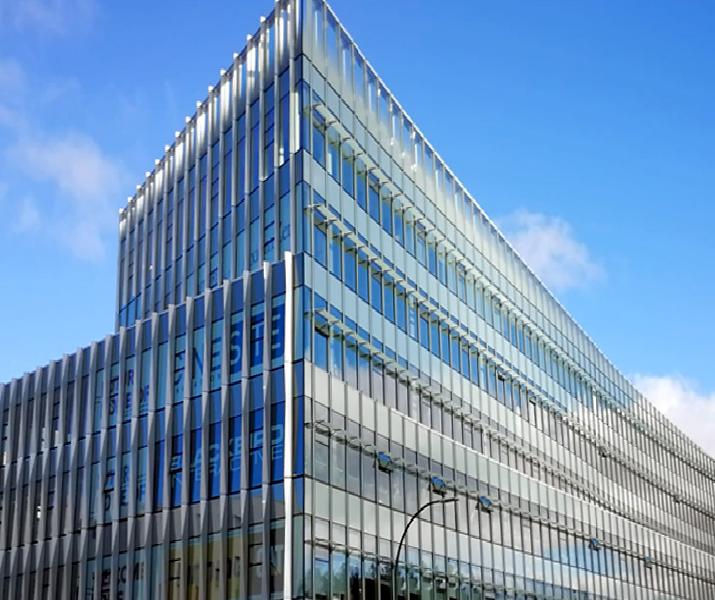 Samsung Group is a massive global conglomerate that, by some measures, accounts for more than 10% of South Korea’s $1.5 trillion GDP. Its biggest division is Samsung Electronics, the $280 billion hardware company.

In Vancouver, Samsung’s major presence is felt through its R&D division, Samsung R&D Canada (SRCA). Since 2013, SRCA has been working on cloud technologies related to mobile security, mobile payment, business solutions, artificial intelligence, and the Internet of Things. The Vancouver shop is one of 42 global research facilities, employing more than 100 developers, designers, support technicians, administrative staff, and co-op students.

They’re set up on Great Northern Way. “We just see it as a growing centre,” explained Tom Duggan, lead of Samsung Canada’s Metro Van facility, last year. “Mount Pleasant, and that location. We see more people moving there, so it is an opportunity for collaboration.” 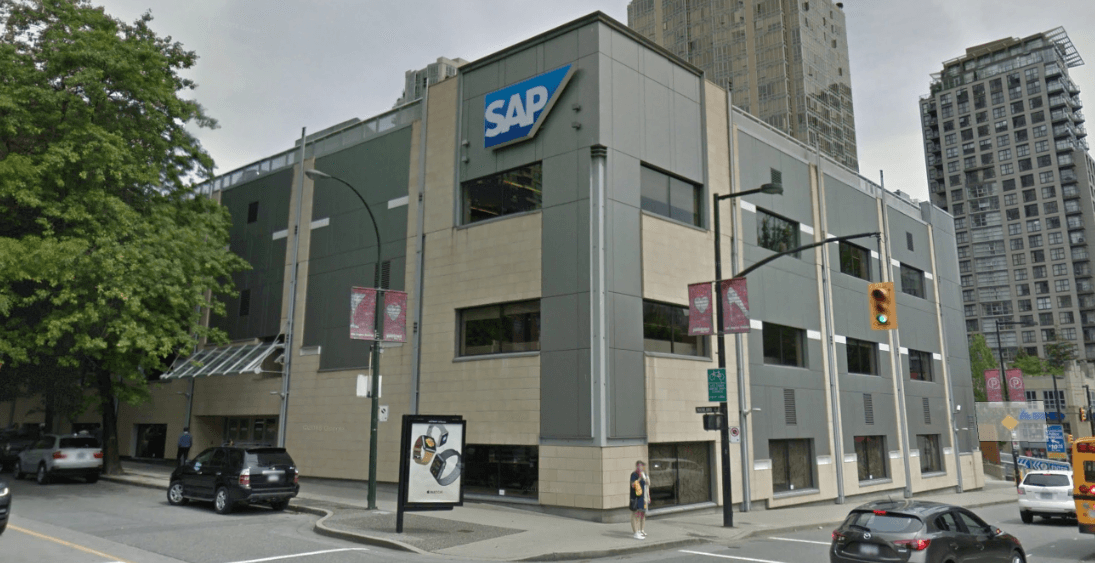 SAP is massive enterprise application software company with 437,000 clients in 180 countries. And here’s a fun fact: 77% of the world’s transaction revenue touches an SAP system—that’s staggering.

SAP established its Vancouver footprint though a series of acquisitions, which has led to their massive Yaletown location, one of 20 SAP Labs locations worldwide. The SAP Labs teams primarily focus on research and development for improving SAP core products and driving innovation across the organization. Last year, Premier Horgan toured the facility to celebrate the completion of a $22 million capital investment that added 300 new desks and 70,000 square feet of space at the office.

With around 1,400 employees now (including interns), SAP Labs Vancouver is the company’s largest Canadian development centre. 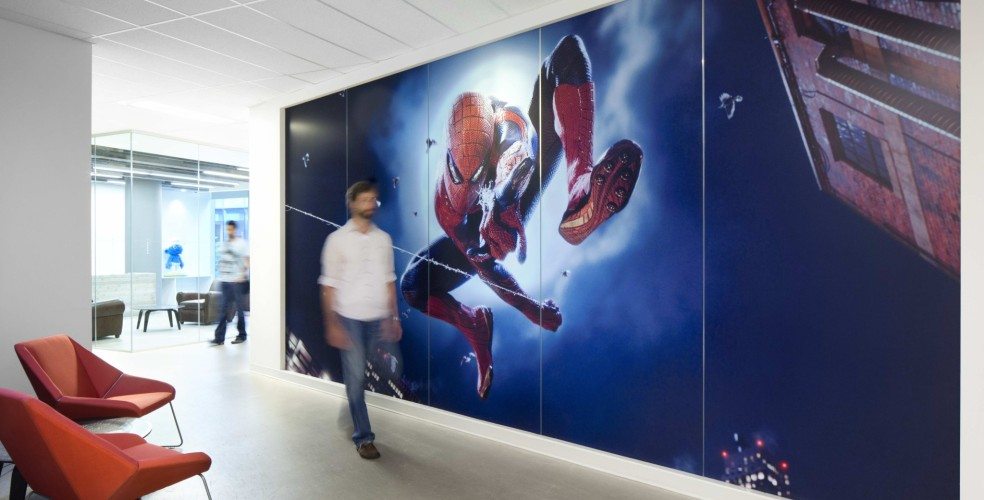 My personal connection to Sony is its PlayStation console, as well as memories of many hours spent playing Grand Turismo, a game developed by Sony Interactive Entertainment, which is one of many subsidiaries of Sony Corporation. Another subsidiary that most people will recognize is Sony Pictures Motion Picture Group, which is responsible for more than 3,500 movies and 12 Best Picture Academy Award winners. Nestled under the Motion Picture Group is one of the world’s top VFX studios, Sony Pictures Imageworks (SPI). SPI is responsible for work on blockbusters like Men in Black: International and Spiderman: Far From Home, as well as animated films like Spider-Man: Into the Spider-Verse and Hotel Transylvania.

SPI initially opened a production office here in 2010 with initially just 80 employees. The company moved their headquarters from Culver City, California to downtown Vancouver in 2014. And now, as reported by Daily Hive in 2016, they have 74,000-square-feet of space at their downtown headquarters and around 800 employees. 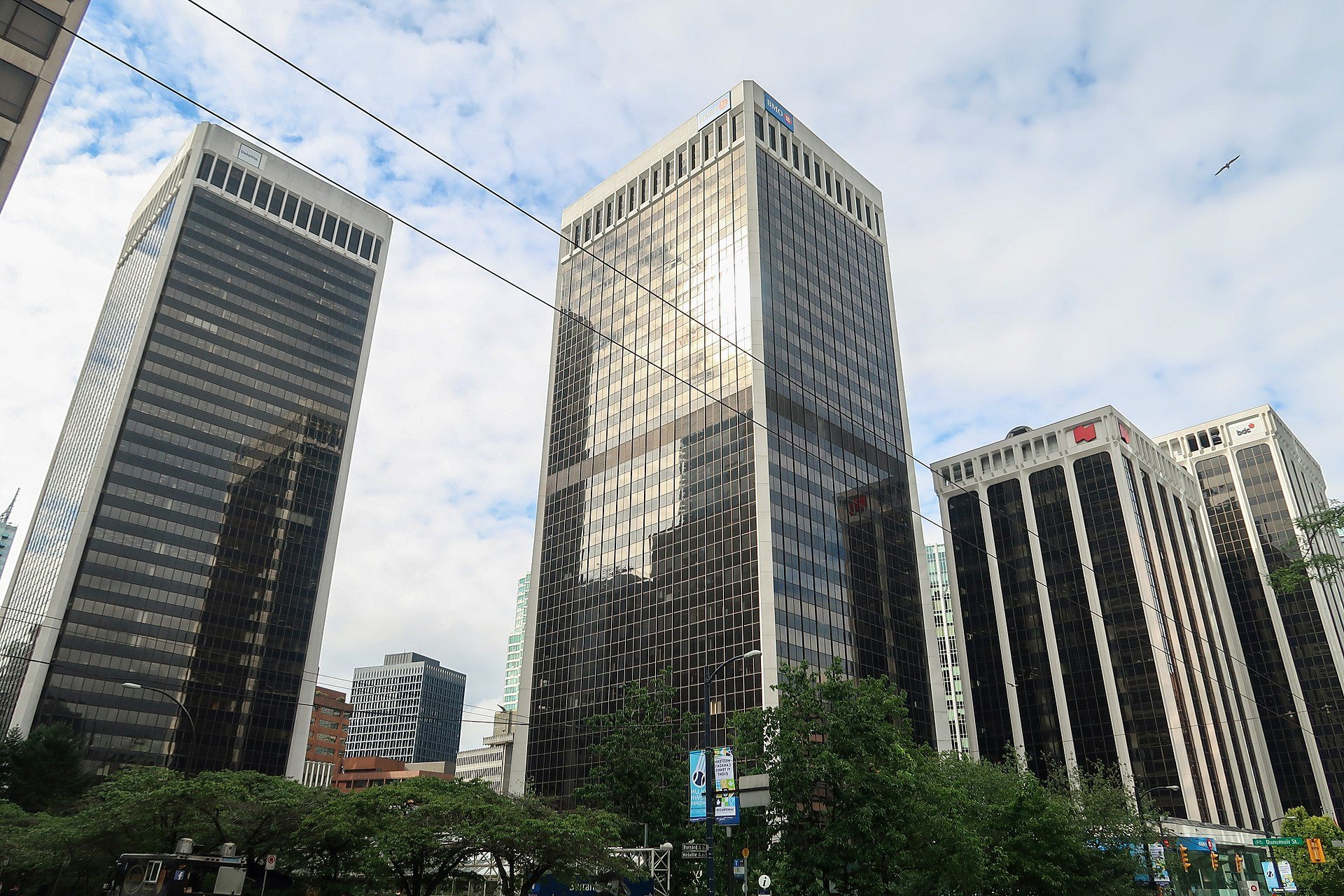 Oracle Corporation is a $170-billion software company headquartered in Redwood City, California. They have approximately 220 employees working in Vancouver, with most housed in a Burrard Street office (in Bentall One). A significant portion of their operations are focused around what is called Oracle Labs, which was established here in 2013. The Oracle Labs team is working on many aspects of their RAPID project including database and query processing, systems software and networking.

Mastercard, which is basically a tech company to me now, is set up in The Exchange Tower in Coal Harbour with around 30 employees, according to LinkedIn. Back in 2017, Mastercard acquired NuData Security for its biometrics and behavioral analytics and IoT security chops, which was another 80 employees in the city. So, it’s likely the global financial services firm easily has more than 100 employees in Vancouver in tech-focused roles. 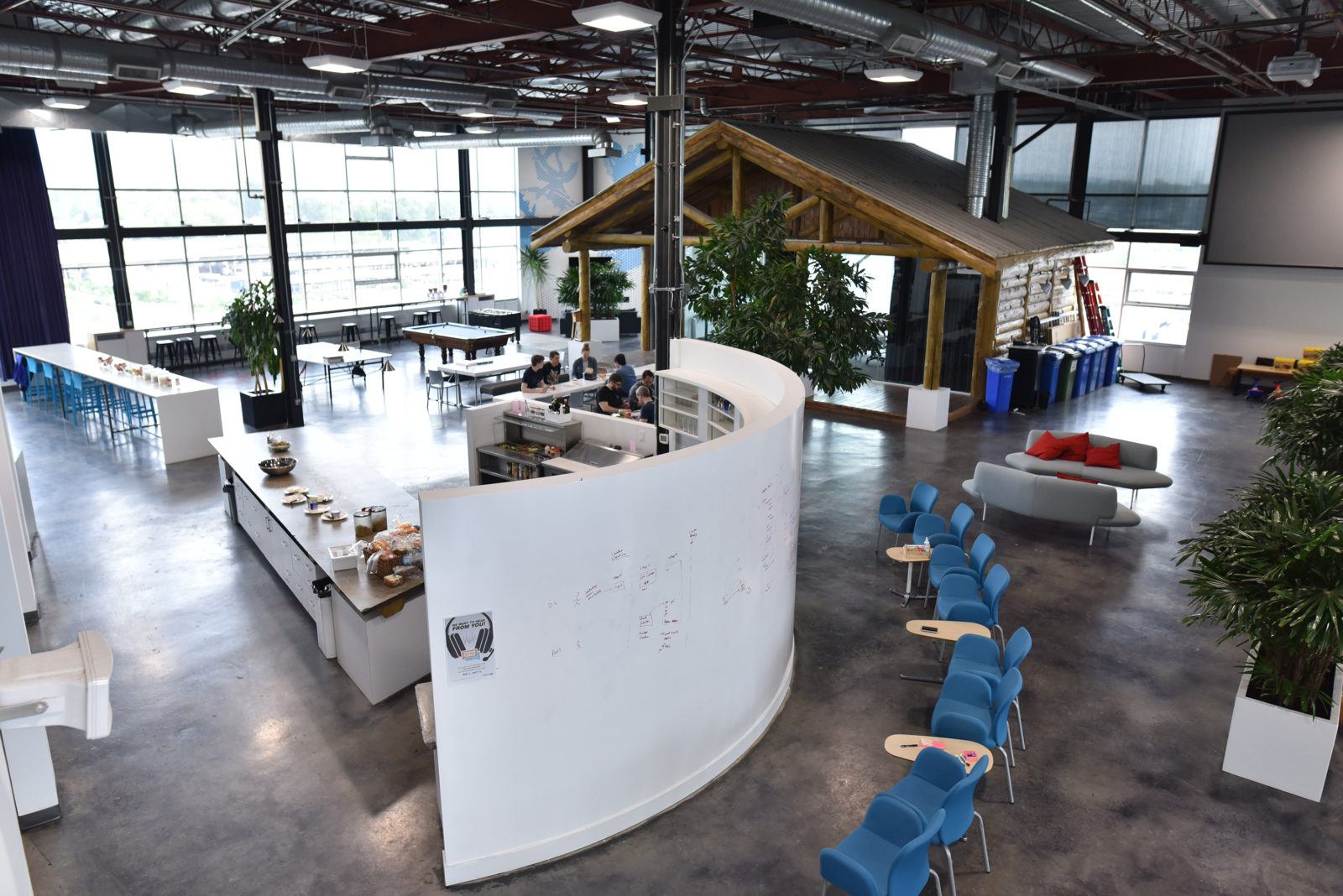 Lastly, there’s Activision, makers of the Tony Hawk gaming series and Spyro the Dragon, who have a DemonWare division with around 80 employees on Terminal Avenue. DemonWare supports Activision Publishing’s development studios by providing online software and services like matchmaking, game lobbies, leaderboards, social media, gameplay stats, and big data warehousing/analytics for titles such as Call of Duty and Skylanders.

William Johnson is a writer, communications strategist, and founder of the Vancouver Tech Journal. Connect with him on Twitter at @notionport.