The North American Nitro Circus Live arena tour kicks off this week and will make its first ever visit to Vancouver (and five other Canadian markets) at Rogers Arena on Sunday, November 1. 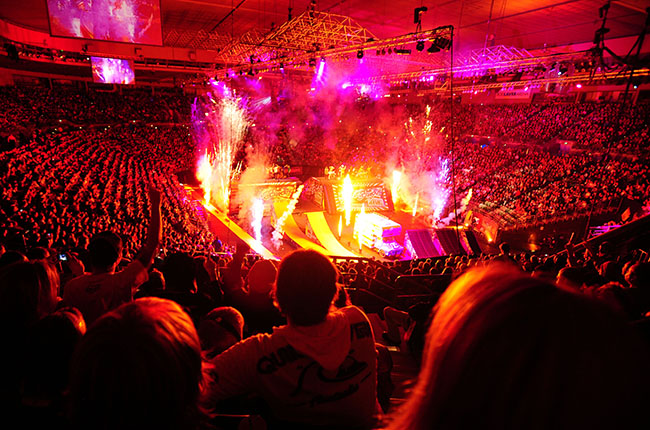 “We’re pumped to bring this tour to Vancouver for the first time,” said Pastrana, a creator of the Nitro Circus TV series that was broadcast in 60 countries around the world. “It will feature unbelievable new tricks – many that have never been seen at competitions like X Games. You’ll see incredible stunts, even crazier contraptions and a whole new repertoire of daredevil fun.”

The energy from the show not only fuels those in attendance but pushes each of the athletes to new limits which means more entertainment for the fans.

“The show has new surprises each and every night. You really never know what could happen, what tricks the riders will attempt or which records will be broken.” 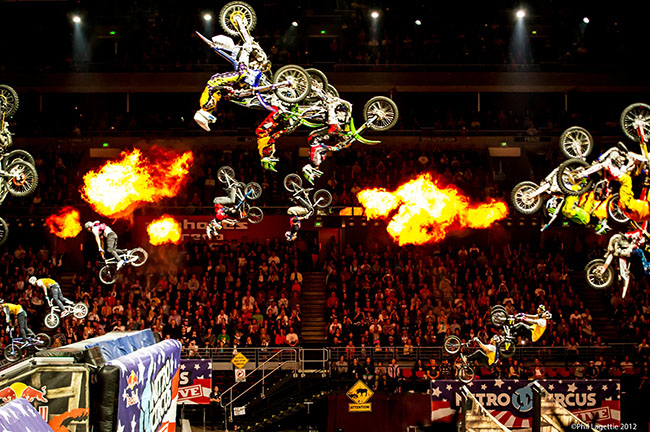 Matty and Emma McFerran, the world’s first brother and sister tandem FMX duo, will blow away crowds with jaw-dropping duel tricks like the aerial position swap. Jed Mildon, whose quadruple BMX backflip has sent shockwaves throughout the action sports world and online (over 10 million YouTube views to date) will show just why he is undoubtedly nicknamed “The Warrior.”

The new Nitro show “is really retro,” according to Pastrana, mostly because the entire performance is choreographed and styled as a 1920s three-ring circus. The stunning new set will transport fans into the past with an eerily haunting, abandoned, derelict Big Top. This all-new theme provides the perfect backdrop for the Nitro crew’s aerial feats.

“Believe us when we say, you have never seen a circus like this before,” says Pastrana.

For more information, including to see a full list of tour dates and how to purchase tickets, visit nitrocircus.com/tour.