The announcement of Cory Monteith’s death came at 10:30 p.m. PST on Saturday night, and it didn’t take long for local fans of the hit television series Glee to express their emotions and thoughts to the 31-year-old Vancouverite at the Fairmont Pacific Rim Hotel, where he was found dead in his guest room.

By late-morning on Sunday, flowers, cards, photos and stuffed bears began to appear outside the hotel’s main entrance and it has since rapidly grown into a make-shift memorial for Monteith. One message wrote, “Only the good die young. You did us proud.” Some letters even came from tourists arriving from Chile. Family members and those close to Monteith have not made any public statements, although Richard Monteith (Cory’s cousin and also a Vancouverite) was photographed teary-eyed while dropping flowers at the hotel.

Supporters and fans of the show saw Glee, its characters and its actors in a highly positive light. Aside from the entertainment and musical value of the show, altogether Glee has been seen as a great source of inspiration for youth to pursue the arts and the show has also played an utmost influence in advocating against bullying and homophobia through the themes and story lines it explores.

Monteith’s unexpected death has shocked fans around the world, the entertainment industry and many British Columbians. He saw Vancouver as his home, returning whenever he could to be with his family, friends and city when he was not filming Glee in Los Angeles. He was also a local philanthropist and wanted to give Vancouver youth the same opportunities he received – an opportunity to explore music and the arts.

He stayed true to his roots, loved Vancouver and was a “mega” Canucks fan, making multiple appearances at Vancouver Canucks games during his fame, and he even attended the Vancouver 2010 Olympic Opening Ceremony out of sheer pride for his adopted city. In an interview with VIA not long after he first struck fame with Glee, Monteith described Vancouver in this way:

“For me, the number of different shades of awesome packed into a relatively small square footage is what makes Vancouver truly amazing. Sea, mountains, wilderness, city and all the different cultural influences. Everywhere else in the world you can find awesome things if you know where to look, but in Vancouver it’s probably across the street.”

At the time of death, he had been dating Glee co-star Lea Michele for a year and a half. It is not clear on what exactly led to the young and talented actor’s death, but foul play has been ruled out and an investigation is being led by the Vancouver Police Department and the B.C. Coroners Service to determine the precise cause. An autopsy is being performed today as part of the investigation.

An emotional Richard Monteith, Cory’s cousin, drops flowers outside the main entrance to Fairmont Pacific Rim Hotel. Many more flowers, letters and memorial items are expected in the coming days. As the memorial grows in size, as the tributes pour in, we will update this page with more photos. 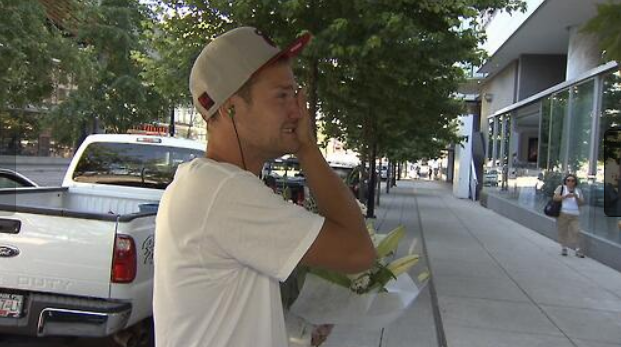 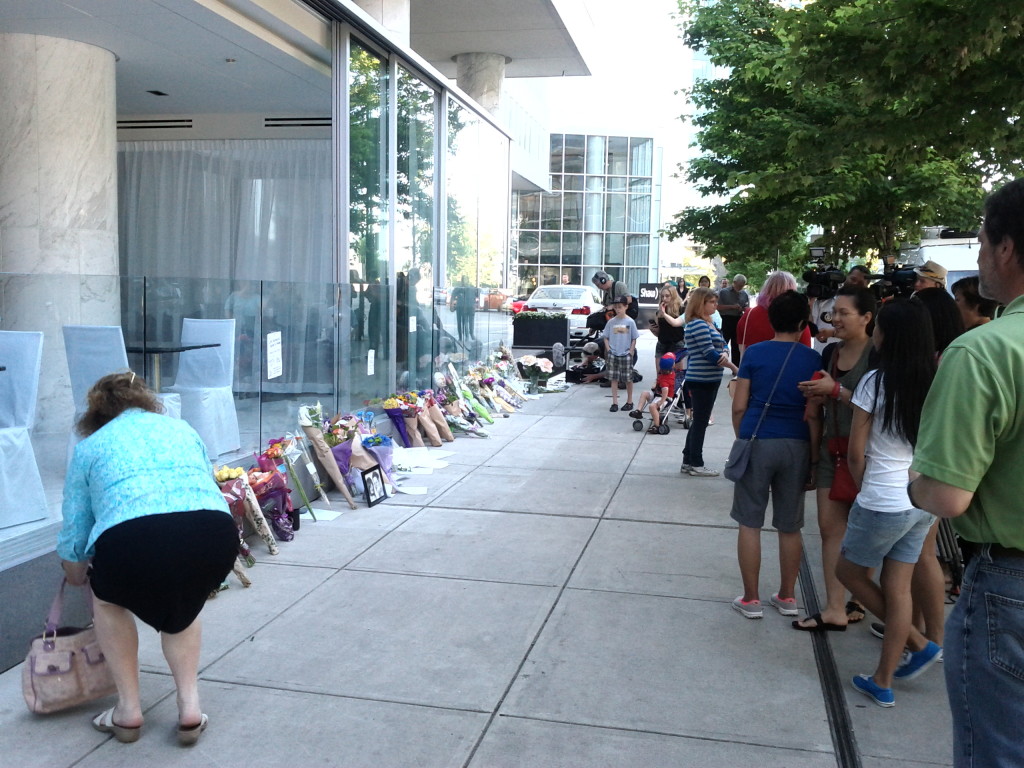 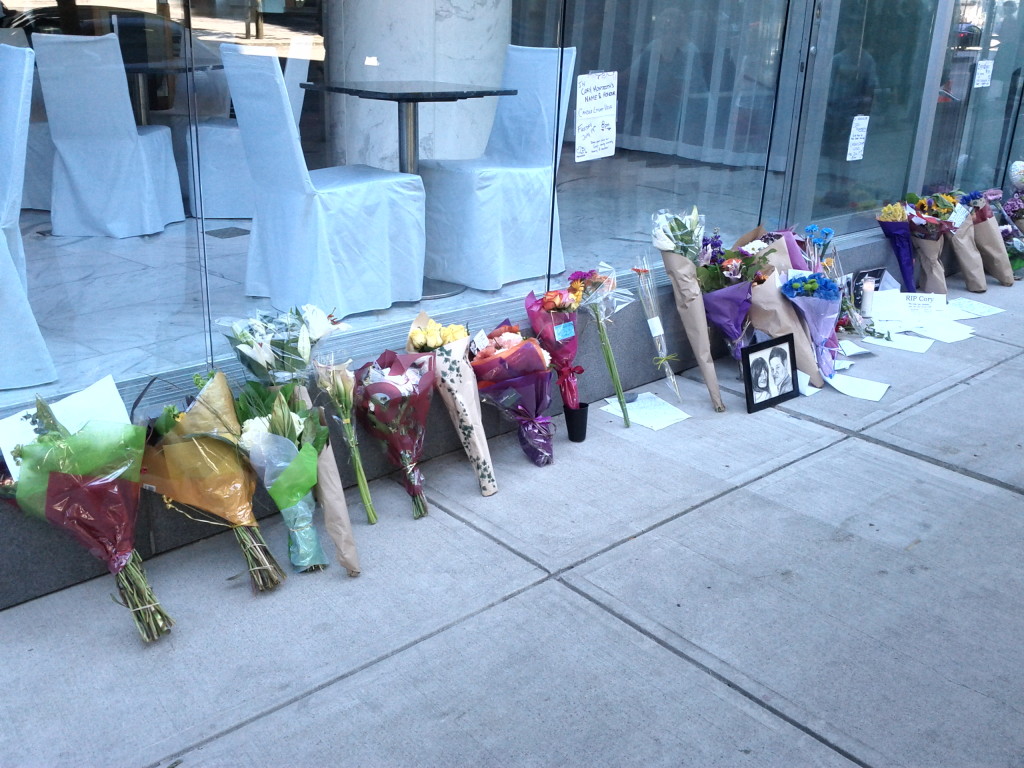 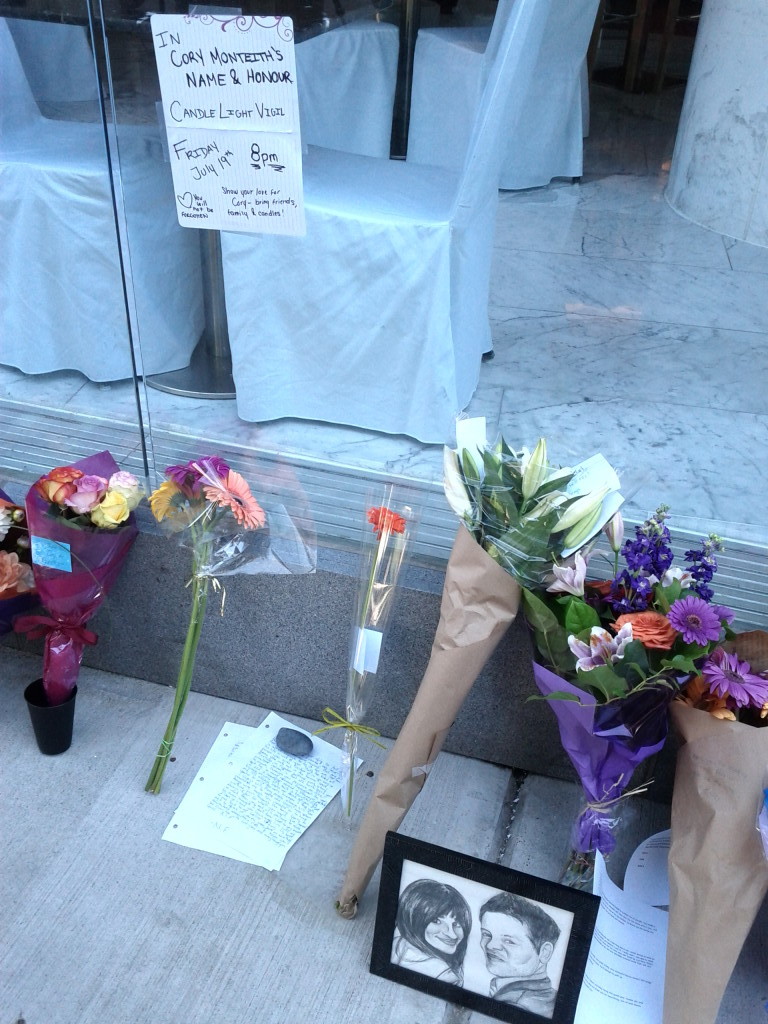 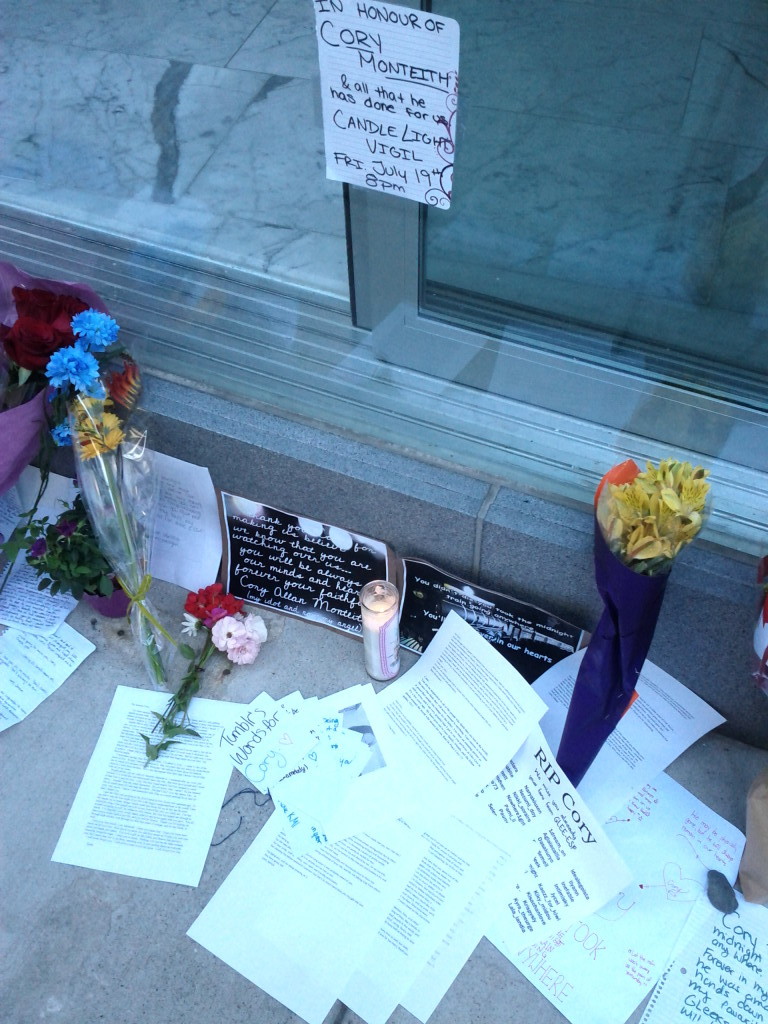 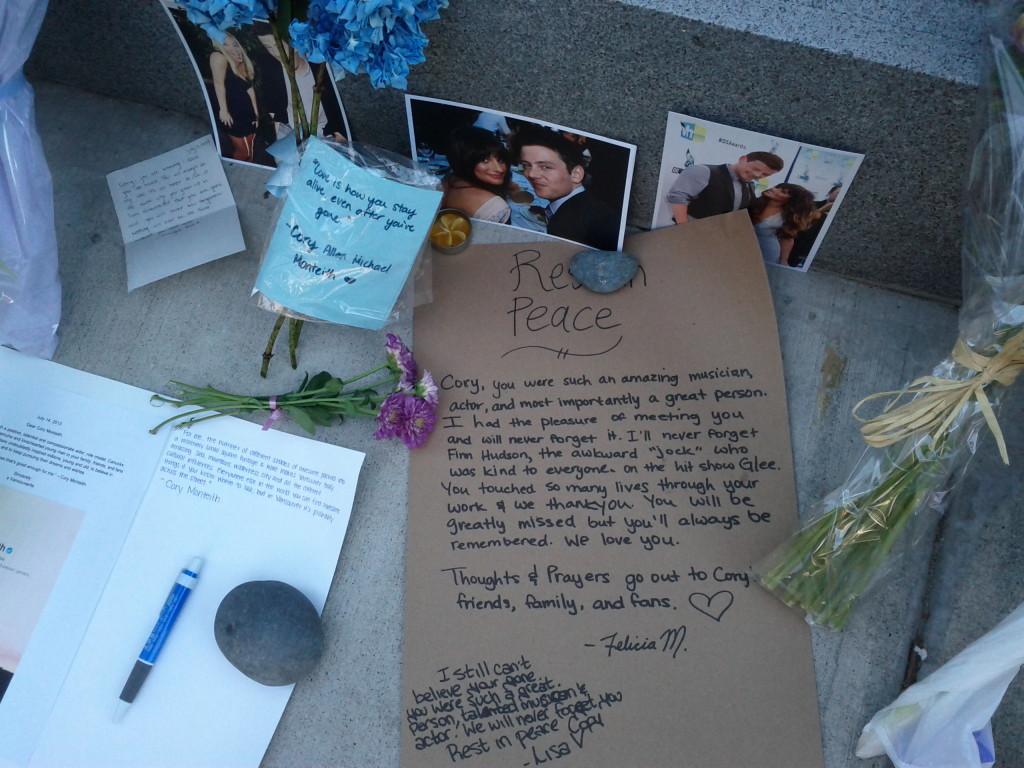 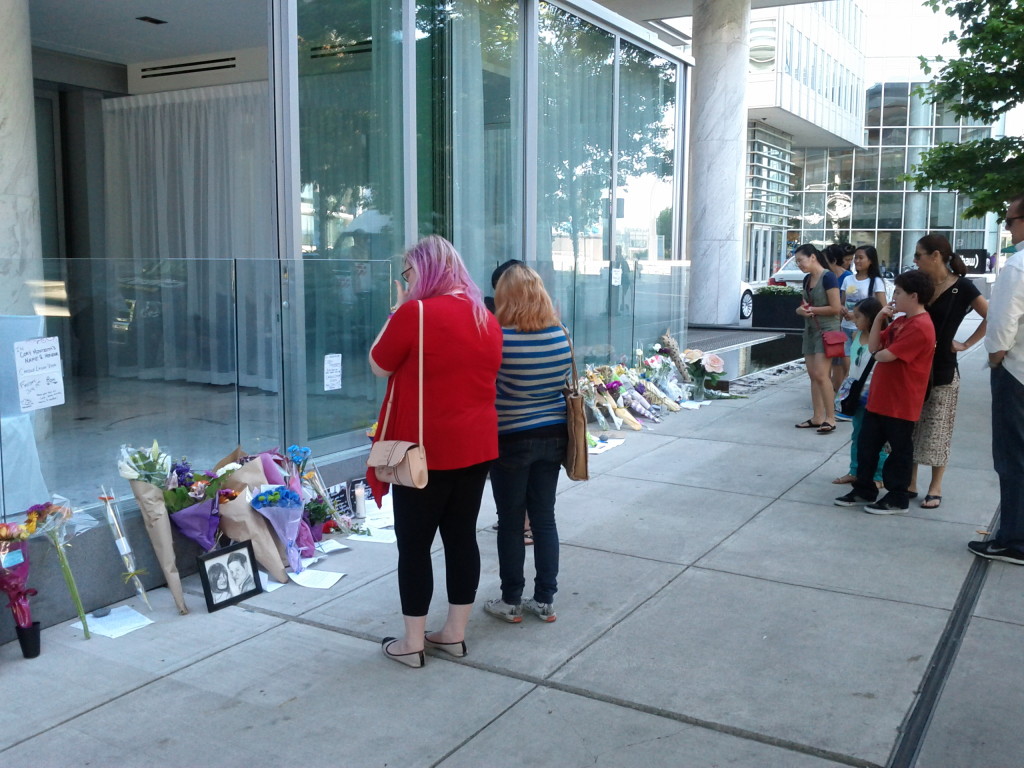 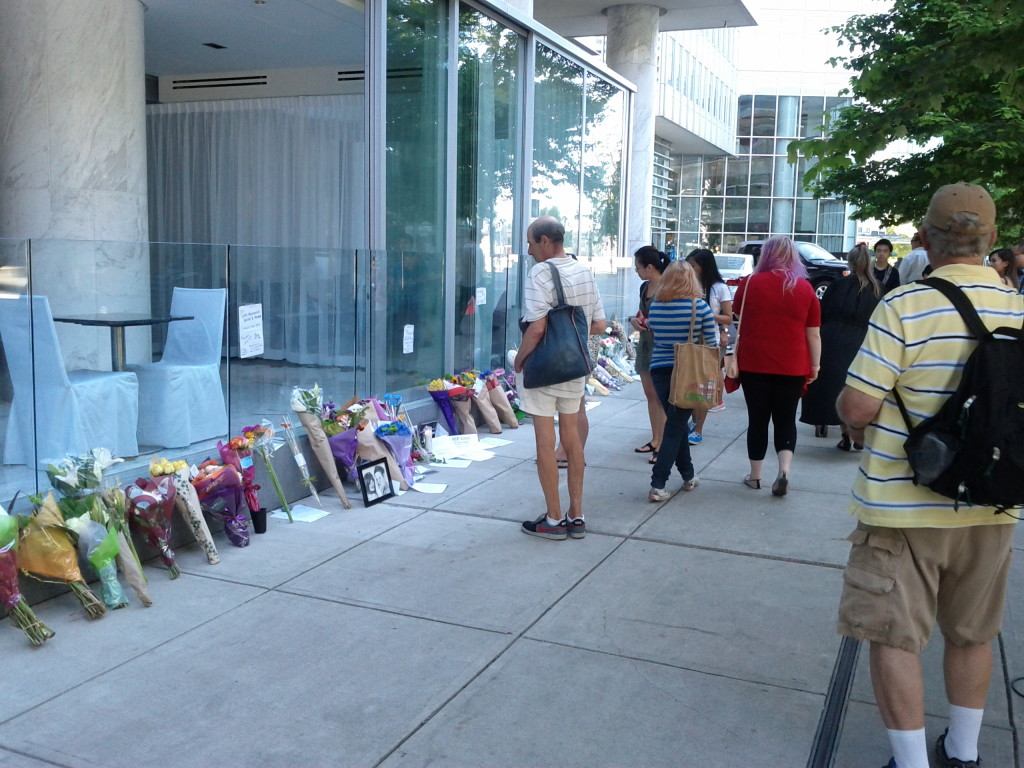 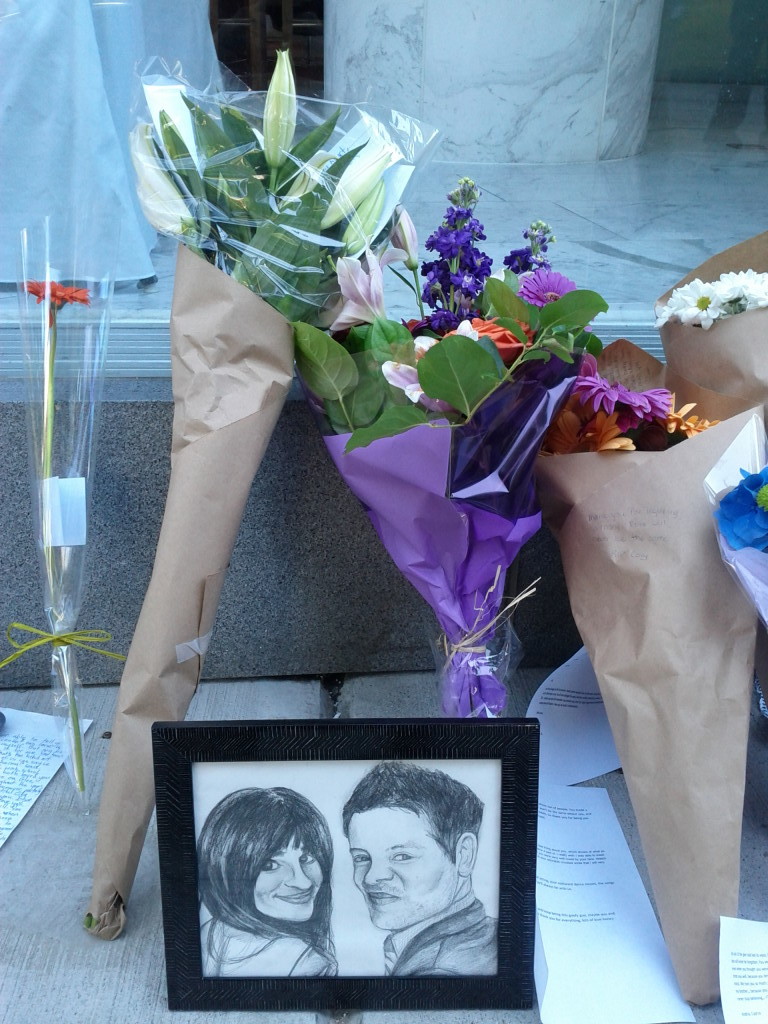 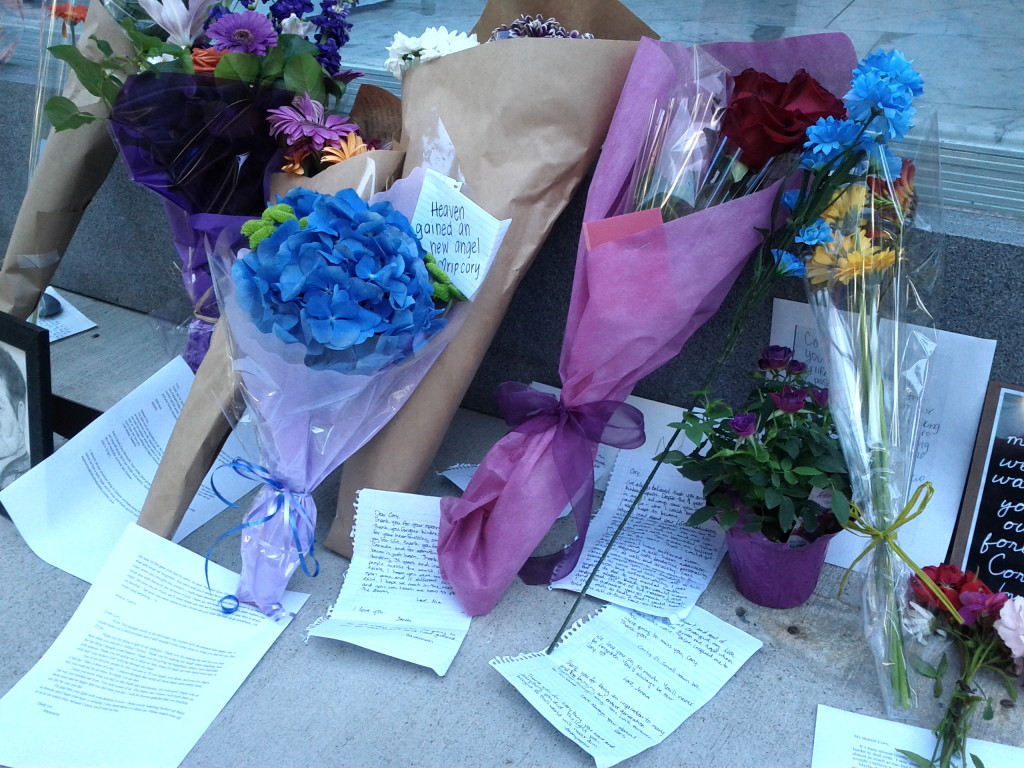 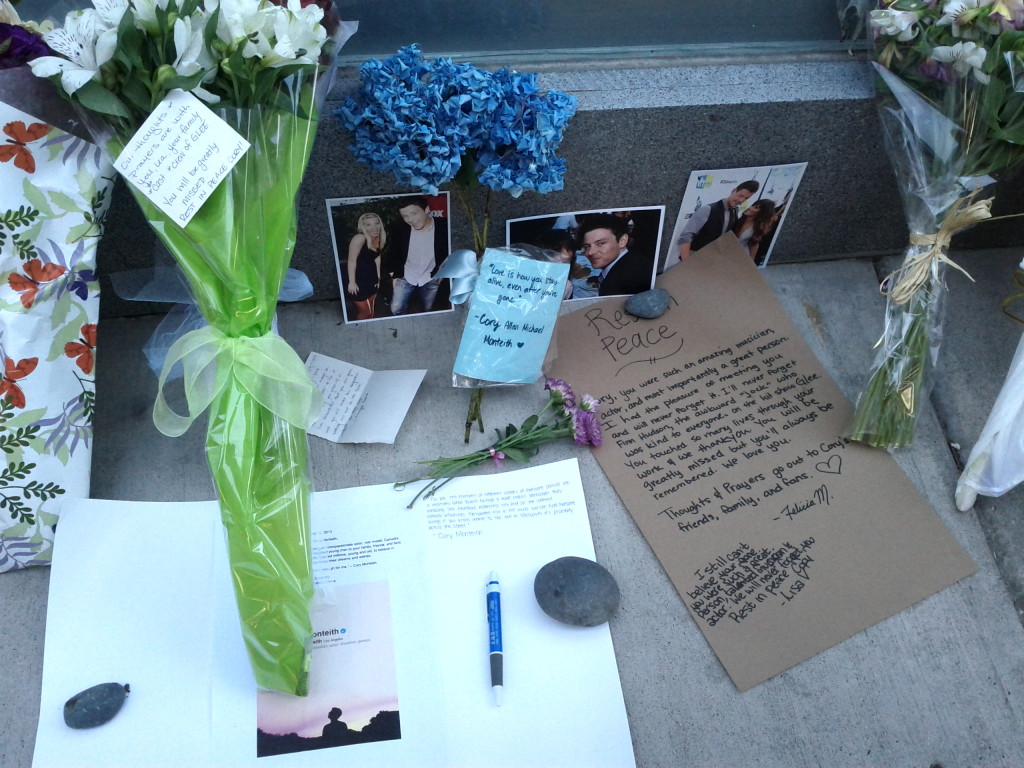 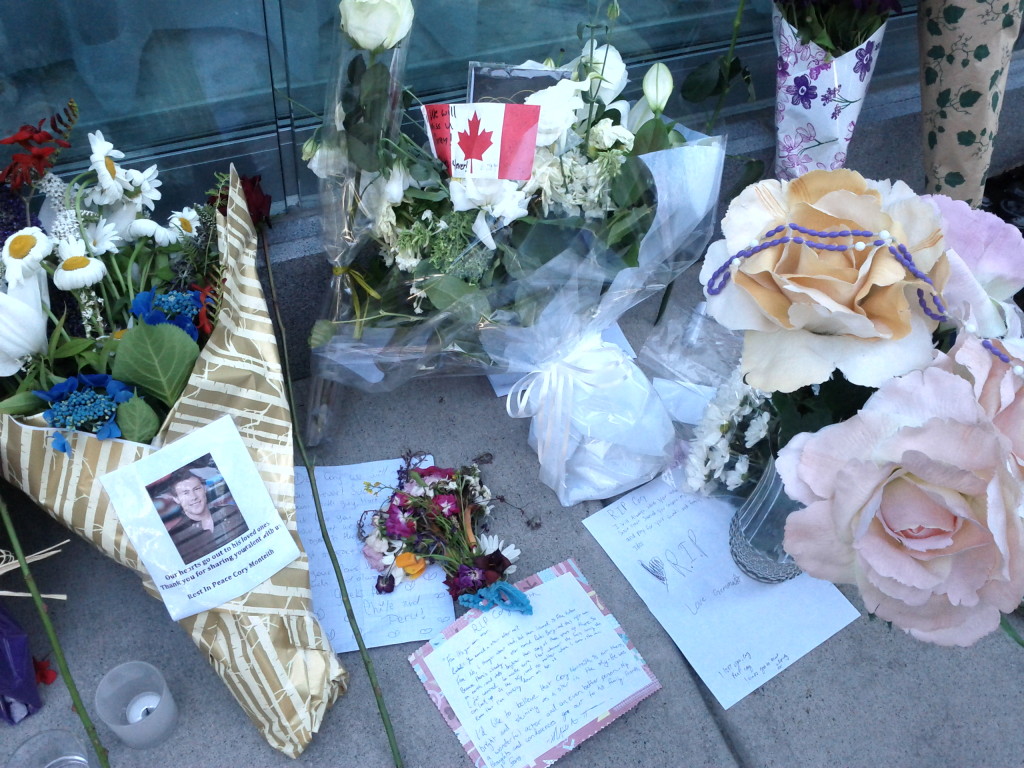 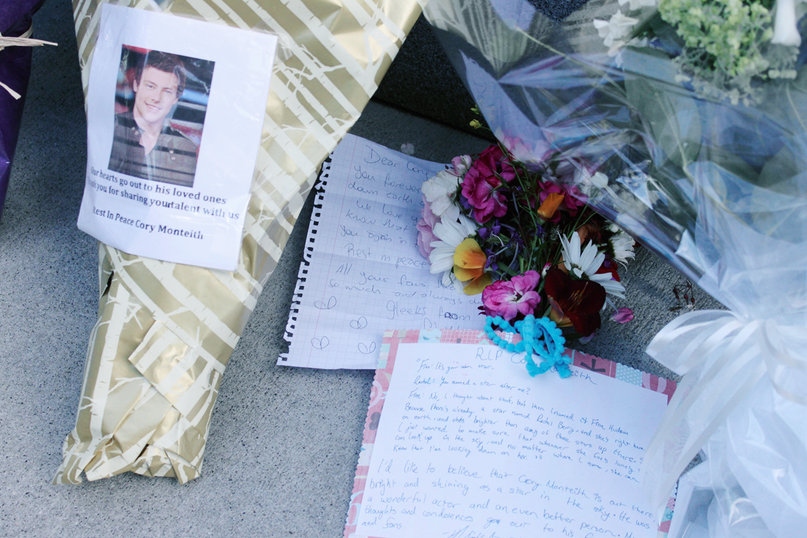 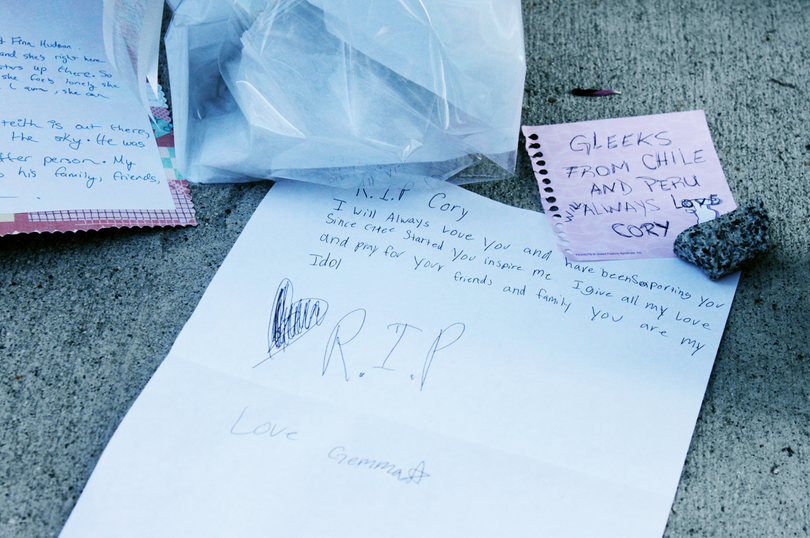 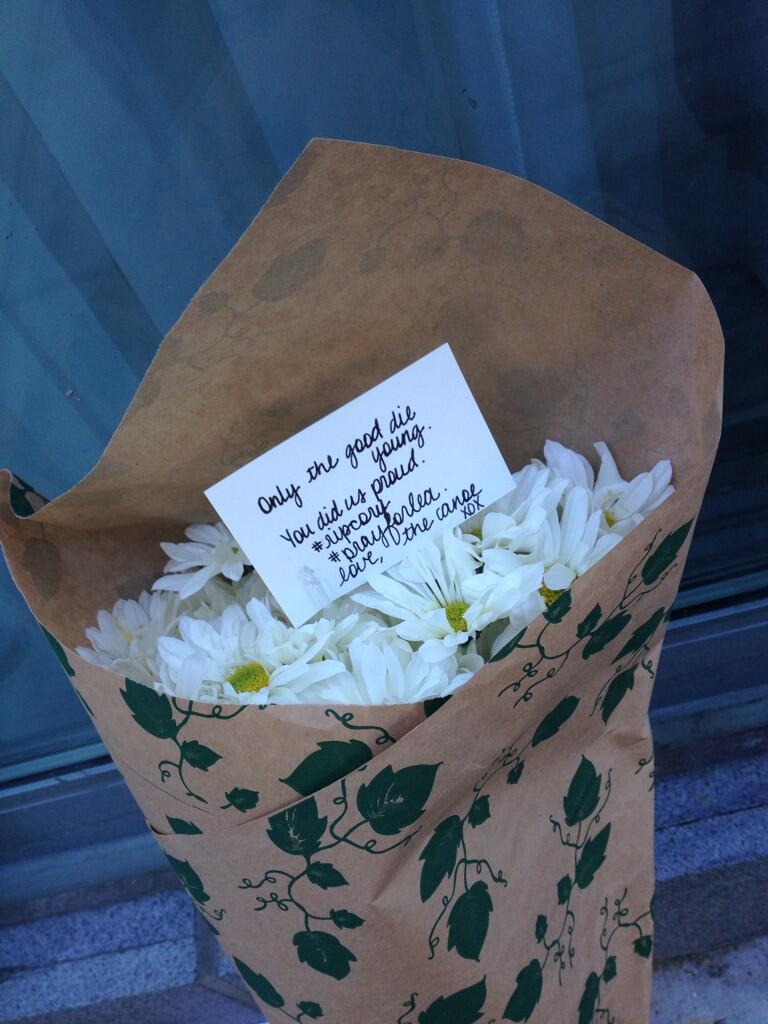 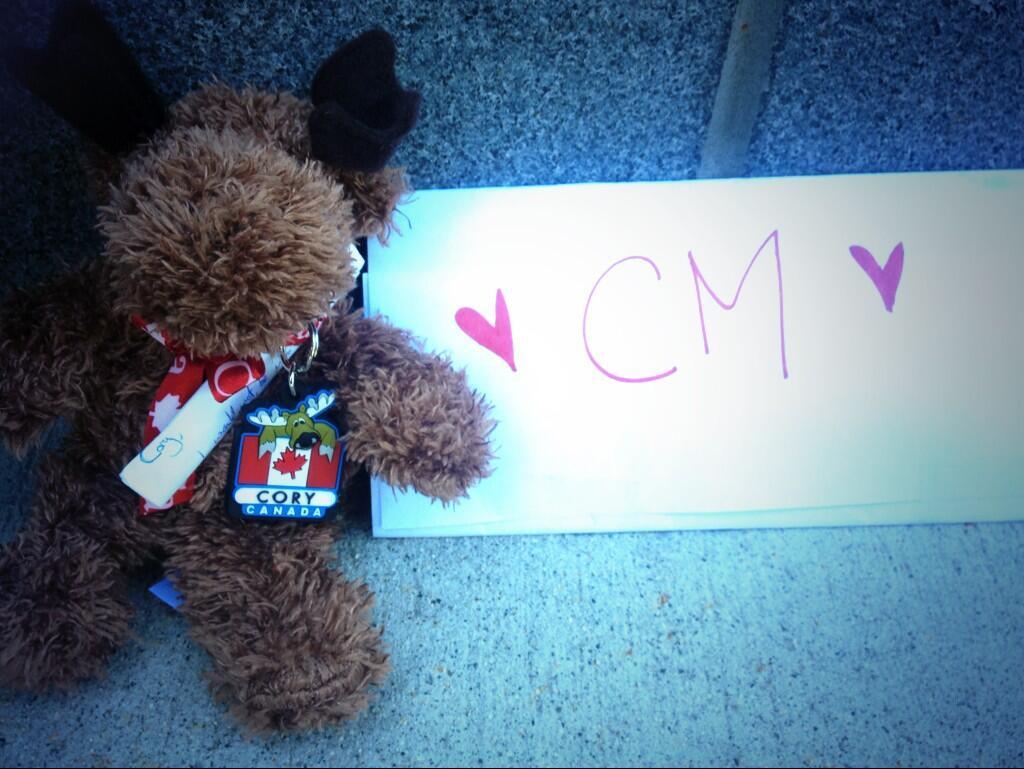