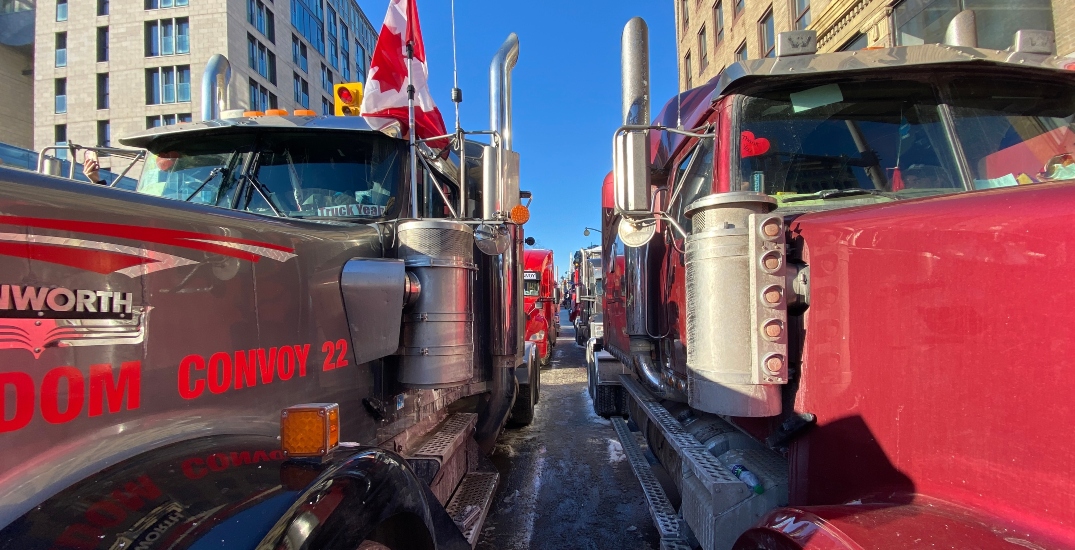 GiveSendGo says it is not subject to Canadian court orders and claims it will be ignoring Ontario’s attempt to freeze the trucker convoy donations it is hosting on its crowdfunding site.

The Christian website has been hosting the “Freedom Convoy” donations since GoFundMe pulled the campaign after discussions with local police and officials, calling the protest “unlawful.”

On Thursday, the Ontario government issued a court order to freeze the GiveSendGo funds. However, the Delaware-based company says it will not follow orders and instead give donations to the truckers directly.

“Canada has absolutely ZERO jurisdiction over how we manage our funds here at GiveSendGo,” says a Thursday evening tweet from the company. “All funds for EVERY campaign on GiveSendGo flow directly to the recipient of those campaigns.”

Know this! Canada has absolutely ZERO jurisdiction over how we manage our funds here at GiveSendGo. All funds for EVERY campaign on GiveSendGo flow directly to the recipients of those campaigns, not least of which is The Freedom Convoy campaign.

Ontario’s court order says the trucker convoy donors page is in violation of section 490.8 of the Criminal Code and that it prohibits “any persons from disposing of, or otherwise dealing, in any manner whatsoever, any and all monetary donations made through the Freedom Convoy 2022 and Adopt-a-Trucker campaign pages on the GiveSendGo online fundraising platform.

GiveSendGo, which says it is the number one Christian crowdfunding website on the internet, has been adamant that it believes in freedom fundraisers for anyone.

Freedom fundraising for all!!!! pic.twitter.com/GXW1bygLQw

The new donation campaign was set up on the Christian website last week with a goal of US$16 million. As of Friday morning, more than US$8,600,000 had been raised.

The campaign says money raised will be “dispersed to our truckers to aid them with the cost of the journey.” Organizers say the funds will be used for water, food, shelter, legal and financial aid, and “permanent infrastructure for continuing advocacy in whatever form that takes.”

Last week, GoFundMe — arguably the internet’s most popular crowdfunding site — removed the campaign, which had raised over $11 million “as a result of multiple discussions with local law enforcement and police reports of violence and other unlawful activity.” GoFundMe says the Freedom Convoy fundraiser has been removed from its platforms, and funds will be automatically reimbursed to donors.