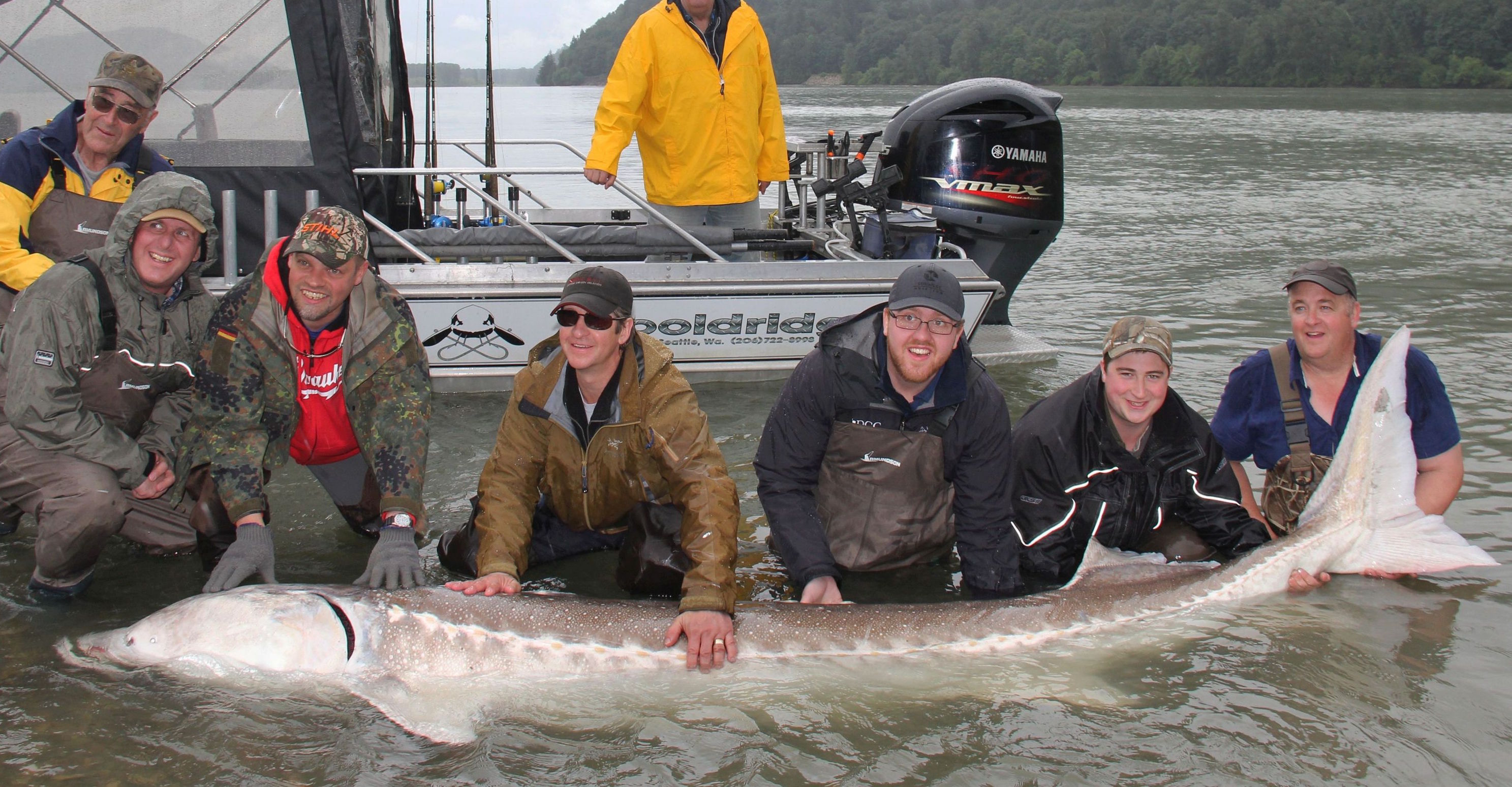 A remarkably long and heavy century-old fish was caught on Monday afternoon after a reel-ly tough two hour battle to drag it to the shores of the Fraser River.

The 11-foot-long sturgeon weighed an estimated 750 pounds and is believed to be anywhere from 100 to 130 years old.

“The fish just immediately started tearing the line off the reel and got almost 200 yards out and it completely jumped out of the water,” Steve Kaye with SturgeonHunter.com told Daily Hive over the phone while wrestling with a 6’4″ sturgeon. “The entire fish was out of the water, so we got a look at it, and at 200 yards, it looked huge.”

The group of eight men aboard the boat all took turns working to reel in the massive fish, but about an hour into the fight, the handle wheel on the crank broke, forcing Kaye to work some magic.

“With all the wrong tools, I had to take one off of another reel and replace it on the reel that we were using and continued to work the fish.”

He says the fish took them over six kilometres down river before they tired it out enough to bring it to shore, where they took a picture of the beautiful beast.

A typical sturgeon is about five to seven feet in length, with larger ones topping out at eight to 10 feet – an 11 footer is highly unusual, according to Kaye, but the name of his game is catching the biggest sturgeons possible. In fact, this is the largest fish Kaye has caught in his 18 years of sport fishing.

After taking a sufficient number of photos with the prized catch, Kaye and his team released it back into the wild, since sturgeon are on the province’s “red list” – that is, they’re an at-risk population of fish.