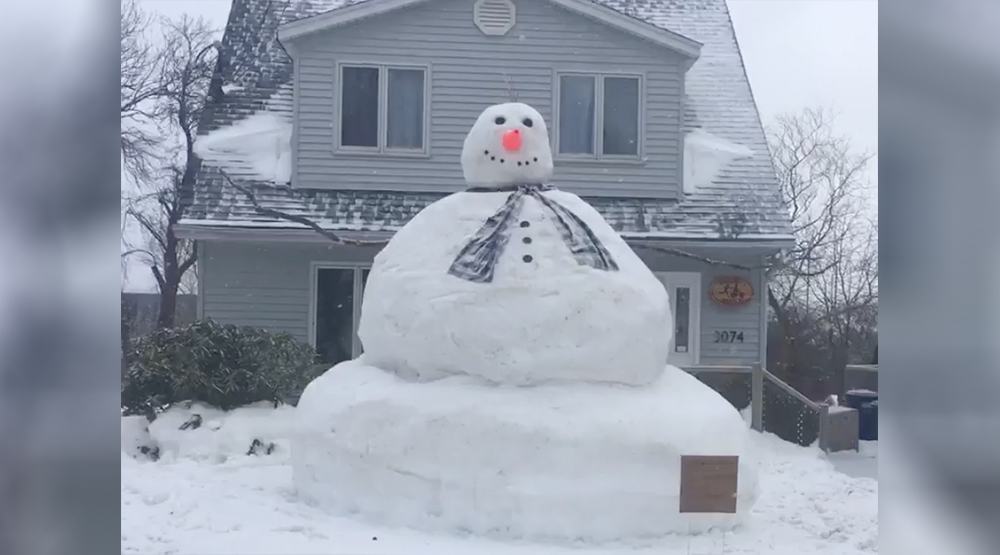 Sure, they could’ve taken a snowblower and shovels to simply clear all the snow from their property after back-to-back snowstorms recently – but where’s the fun in that?

Instead, some Halifax residents decided to make the best of the winter weather by building a giant snowman.

It reportedly took 12 hours for the trio to make the giant snowman, which they affectionately named, “Chubby.”

Now, the winter creation wonder has attracted not only the attention of neighbours, but attention online as well.

You know you’ve got a lot of snow when your snowman is almost as big as your house #GiantSnowman #Halifax pic.twitter.com/6QI6dxr8ni

Hope this guy doesn’t melt! Chubby, the 4.5m/15ft snowman, created by 3 people in Halifax who are clearly embracing our recent snowstorms!☃️ pic.twitter.com/U1eWmm3Thy

It sure beats shovelling.