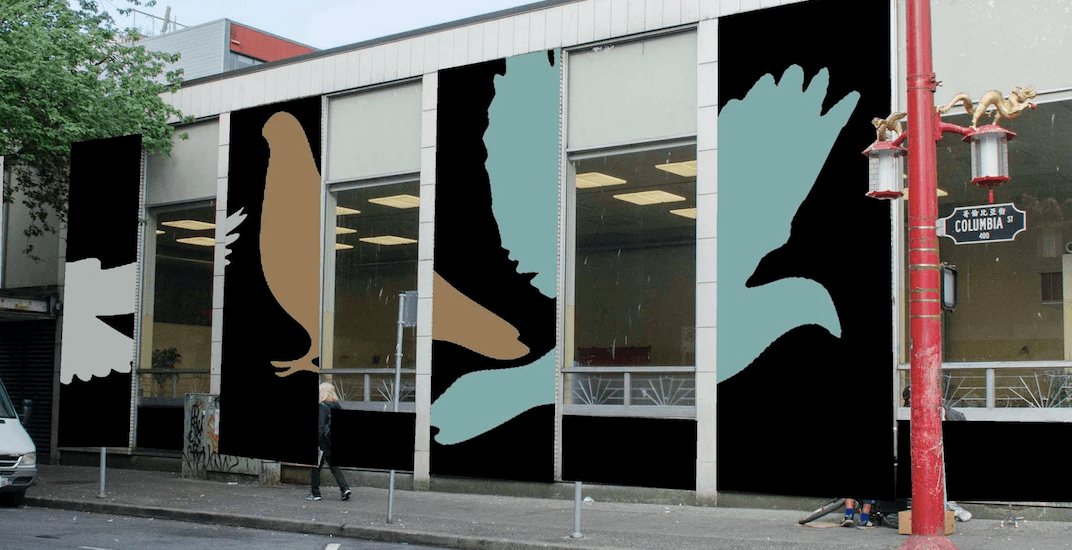 A new pigeon mural is coming to the Downtown Eastside as part of the Vancouver Mural Festival.

The “East Van Pigeon” mural will be a full building wrap of Pigeon Park Savings at 92 E Hastings. The mural is commissioned by Hastings Crossing BIA and produced in partnership with BC Housing, Vancity, Pigeon Park Savings, PHS Community Services Society, and the DTES Market.

Here’s a preview of the mockups: 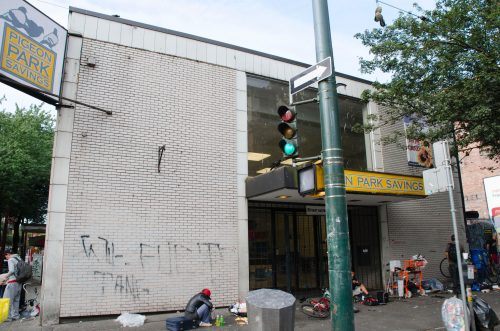 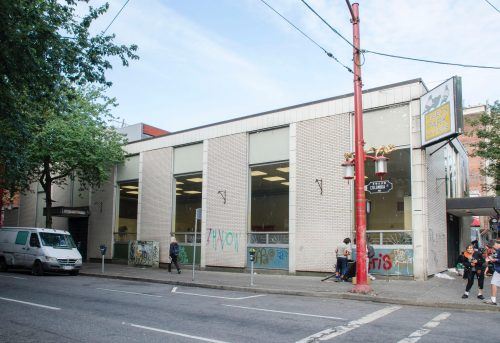 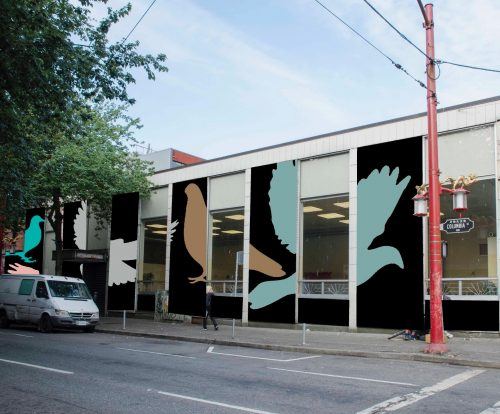 The piece has been designed by respected Haida artist, Corey Bulpitt and will feature
pigeons in traditional Haida style.

“Native people of the Pacific Northwest have used crest systems to identify their families, clans, and personal identities for thousands of years,” said Bulpitt in a release.

“I created the East Van Pigeon for the Urban People. It is my way of linking our traditional crest system using modern mediums (spray paint) and the pigeon, which is seen as
a symbol of the urban environment. I believe it will be a mural that people in the community can connect with due to the link of modern and traditional and for the iconic imagery.”

Production on the Pigeon Park Savings mural has already begun and a community event will be held on Tuesday, August 8 at 12 pm.