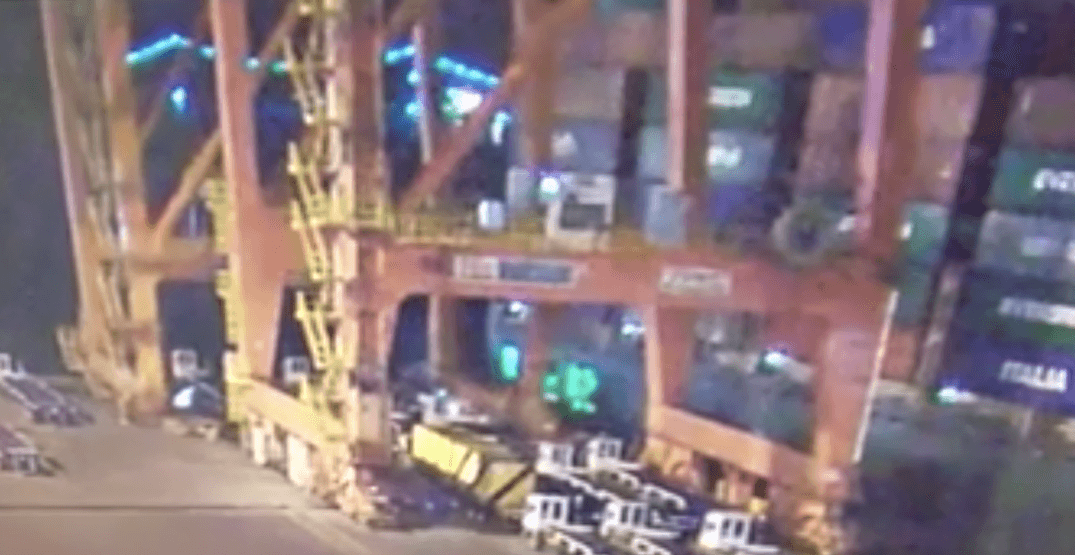 After a giant crane crashed onto a container ship stationed in Vancouver harbour on Monday morning, new video has now surfaced that shows the exact moment the structure failed.

The short video was posted to Reddit by KMcM28, and offers a view of the incident directly across from the point at which the structure failed.

Different view of the crane collapsing. from r/vancouver

The ship the crane crashed onto has been identified as the M/V Ever Summit, which, according to witnesses, showed “visible signs” of damage after the incident.

There were no reports of injuries in connection with the incident, and Canada’s Transportation Safety Board (TSB) said it has deployed a team of investigators to the site and is continuing to gather information and assess what happened.

“The container vessel Ever Summit struck a gantry crane while berthing,” said the TSB. “The vessel and the crane sustained damage.”