While murals themselves are often accorded cult status, one sub-genre of mural enjoys a distinct level of contemporary adulation. Born of commercialism and often lost for the sake of development, “ghost signs” are the words and images from old advertising painted on buildings in a pre-billboard era.

Most ghost signs in Vancouver date back to the 1890s and up into the 1930s, and those that survive the city’s widespread growth and construction (not to mention the elements and plain old time itself) are often so camouflaged in our everyday landscape they don’t get a second glance. 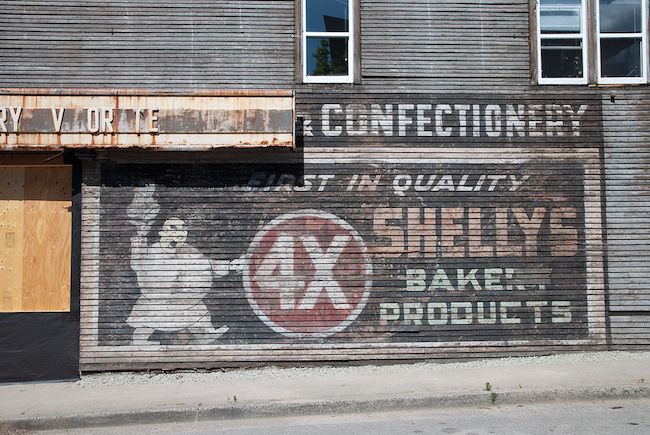 Some ghost signs, however, become emblematic of our own history, and our choice to either move ahead and let it go, or preserve it. In the past few years a couple of found “ghost signs” have gotten attention in Vancouver.

In 2012, an ad for a 1922 Harold Lloyd film “Grandma’s Boy” was discovered on the brick of a building at Granville and Robson. With a big arrow pointing to where the Capitol Theatre once stood, this onetime advertisement for a silent movie was placed at a time when movies debuted on Monday, and often ran in theatres for a mere week.

“This is clearly a short period of utility for a sign of this scale, and for a product where you would usually expect to find bill posters being used,” remarked a UK-based site dedicated to ghost signs.

Much like the sign’s own original and short-lived purpose, the rediscovery of the sign 90 years later enjoyed a brief sojourn in the spotlight. Two weeks later, the building, and the sign, were no more.

Here’s a video that takes a closer look at the story of this ghost sign:

Another high-profile sign uncovering came courtesy one of Vancouver’s biggest redevelopment projects, the Woodward’s building on West Hastings. Though all but one small fraction of this crumbling structure that was once home to a major local department store was blasted away, a stripping-down of the remaining facade yielded block lettering all around the building promoting the store and its goods.

Fortunately, there was a conscious decision to keep the ghost sign on the building, and it continues to tout all the wares once found there at Woodward’s, though the store is long gone. 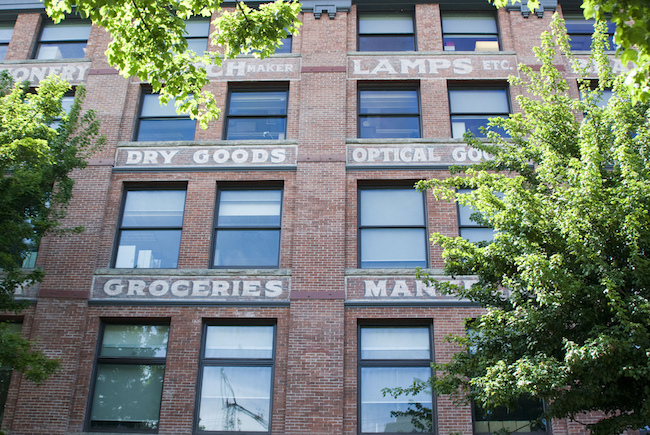 The oldest known ghost sign in Vancouver is thought to be that of the Louvre Saloon at 325 Carrall Street. The Saloon was one of a long string of tenants in the 1889 building, but according to the account of one local historian, the Louvre Saloon, and, presumably its painted exterior self-promotional sign, dates to around 1897-8.

In 2007, the “ghost signs advertising Cascade Beer and Alberta Coal [had] recently reappeared in the 700-block of Main Street when the Venus Theatre was demolished. They were painted before 1912, when the theatre (originally known as the Imperial) was built,” the Vancouver Sun reported.

But just as soon as some of these signs re-emerge from the past, the future brings them down. “When the Varsity Theatre was torn down on West 10th in 2004, 1920s signs for Woolner’s Grocery and C.H. Moodie Fresh Meats & Fish re-emerged, only to disappear again when a new condo was built on the Varsity site,” the Sun added. 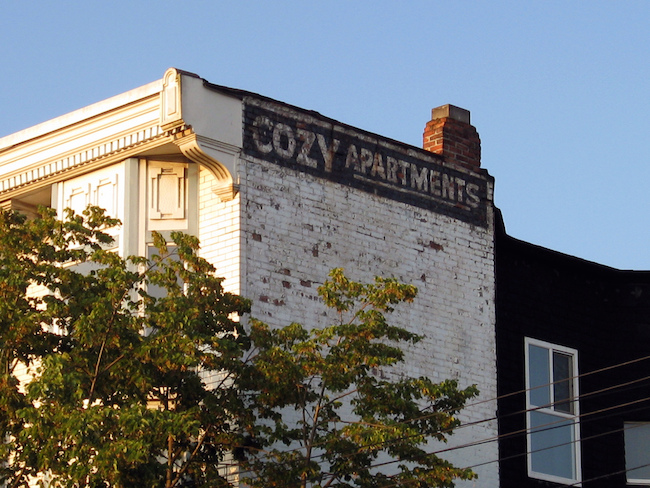 One of the biggest ghost signs that has still managed to stay put, despite plenty of development in the area, is the Pierre Paris footwear store and Hotel Strathcona sign on the side of 51 West Hastings. It’s one of those signs-under-a-sign, though, so the layers of the building’s own history have become intertwined over the years. Right across from the Woodward’s facade, the ghost sign is seen looming over a parking lot at the corner of Abbott and Hastings. 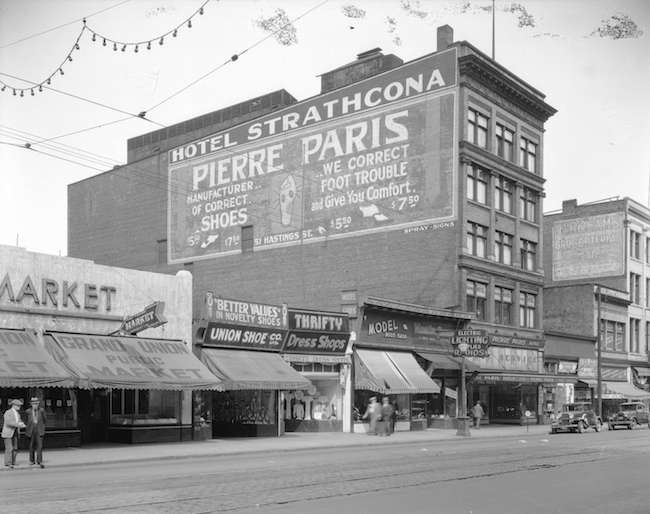 While we might now see these ghost signs as permanent records of a fleeting past, sadly many of them are fated to a second death thanks to new construction and the constant growth and evolution of the city. Still, many remain in Vancouver’s oldest neighbourhoods, and peek out next to windows and loom over streets, and remind us of what once was. 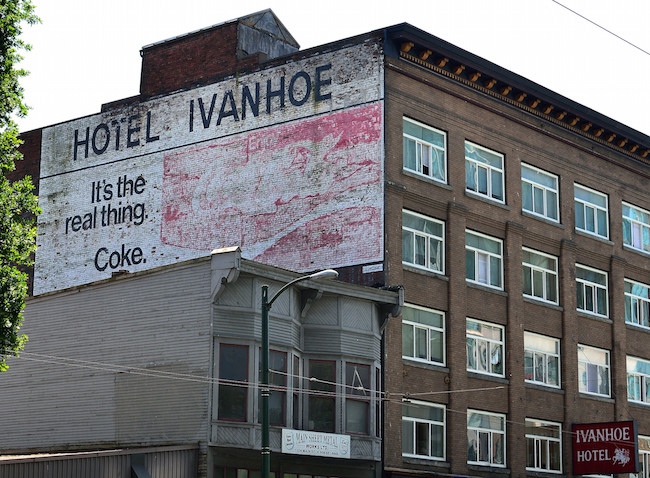 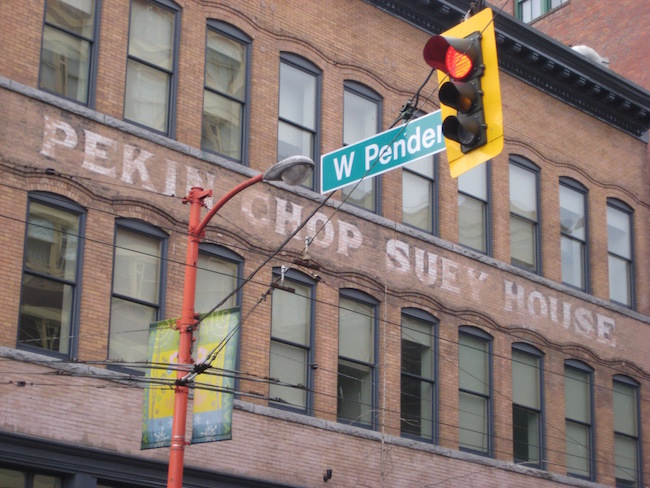