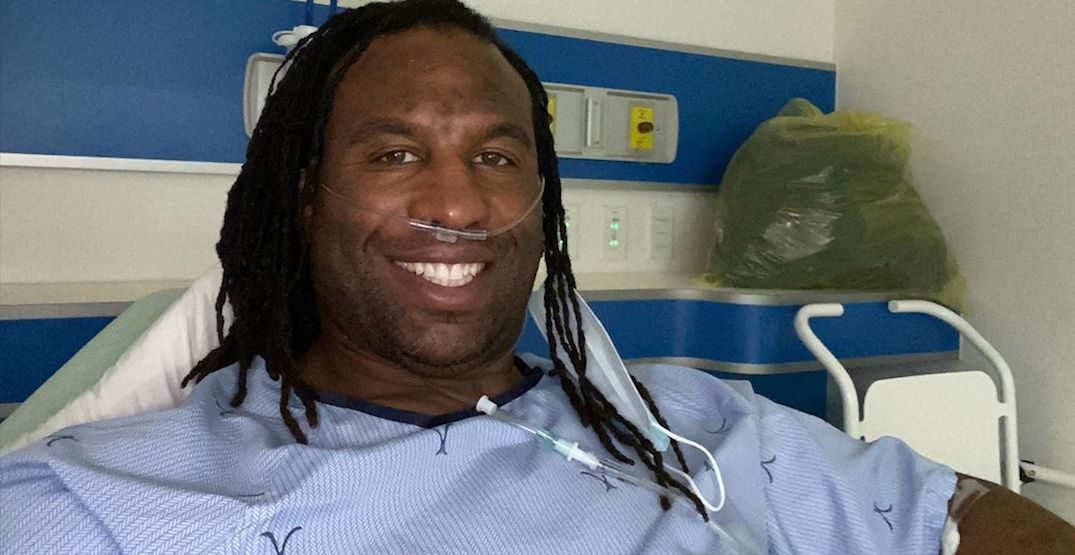 Georges Laraque shared a photo of himself lying in a hospital bed on Thursday, announcing on social media that he has tested positive for COVID-19.

The 43-year-old former NHL enforcer appeared to be in good spirits, despite the fact that he is asthmatic.

“I guess I’m not invincible, just got diagnosed with Covid,” said Laraque. “Since I’m asthmatic, not the best news, will fight it off!”

Laraque has won more than a few fights in his day, amassing 1,126 penalty minutes during a 12-year NHL career with the Edmonton Oilers, Phoenix Coyotes, Pittsburgh Penguins, and Montreal Canadiens.

There was no shortage of words of encouragement for Laraque, who was a fan favourite during his playing days.

Beat the shit out of COVID like it was Chris Simon, Georges!

You WILL beat tis sh*t.

another fight ..another win …g bless .