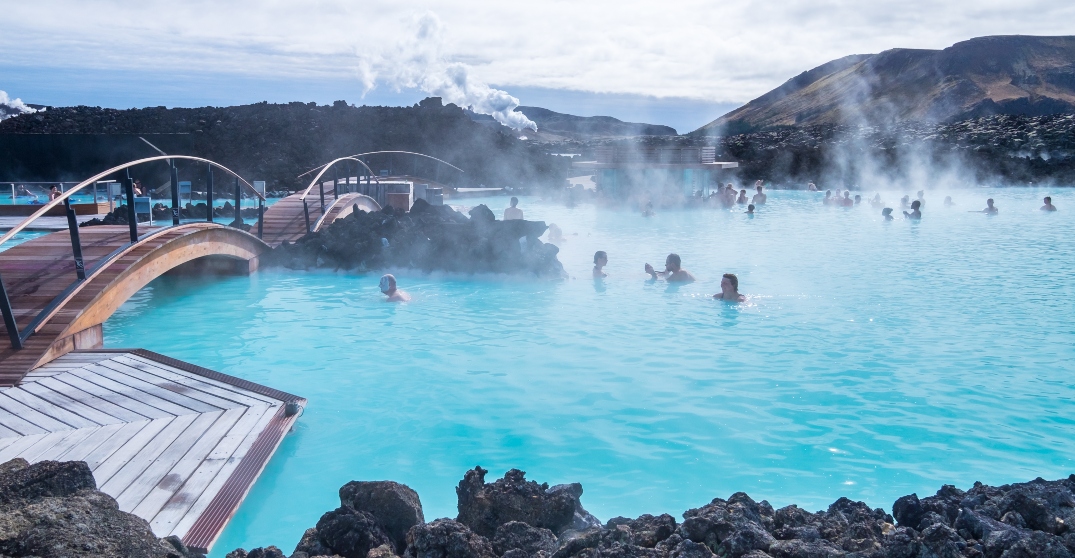 The small Quebec town of Petite-Rivière-Saint-François is about to get a very comfortable $300 million makeover.

Plans for geoLAGON were announced on Tuesday by local developer Louis Massicotte, who will turn the small town into a 120,000 sq ft tourism destination, drawing heavy inspiration from Iceland’s Blue Lagoon, one of the 25 wonders of the world.

GeoLAGON has plans to become the largest geothermal lagoon in the world and will become an “essential destination” for Quebecers and tourists alike, says Massicotte.

The northeast destination will function as three separate projects, all forming one massive relaxing getaway:

In total, Massicotte says the site will host a total of 600 rentable and purchasable chalets (functioning year-round), the giant spa, and a restaurant.

“We are very pleased to see the reaction of Quebecers to our patented geoLAGON concept,” says Massicotte — the former president of Village Vacances Valcartier, Ice Hotel, and Calypso Park. “The choice of Petite-Rivière is a home run for us because it is the place of choice for investors in the vacation market in eastern Quebec.”

Construction on the entire site, which will be located four hours outside of Montreal, is slated to begin in the winter of 2023.