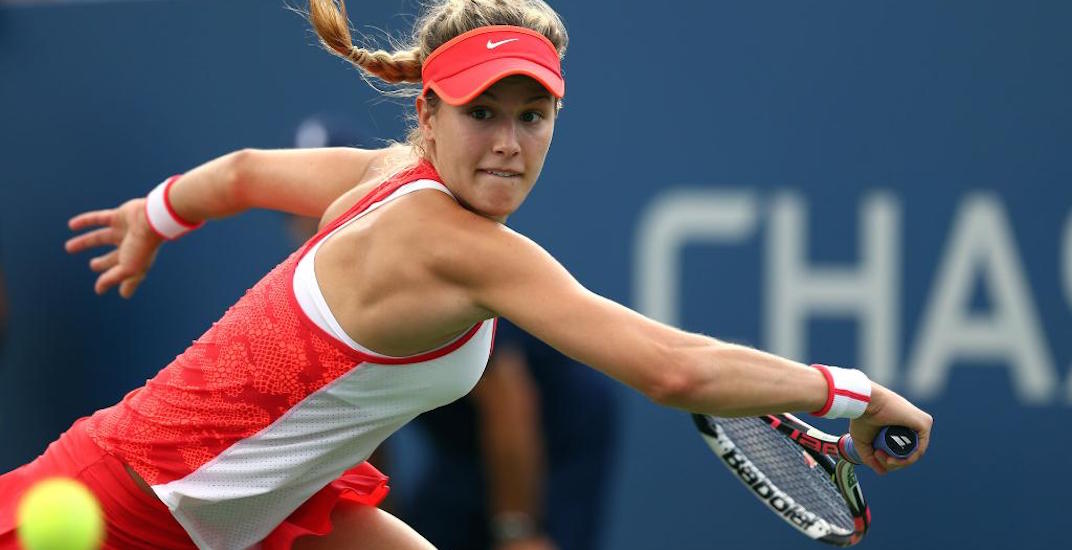 Genie Bouchard has been eliminated from the US Open.

The Canadian tennis star lost her first round match to 89th-ranked Evgeniya Rodina of Russia (7-6, 6-1) on Wednesday. It’s the latest loss in the downward spiral of her season, and her career.

Genie was missing some routine shots by 2-3 yards https://t.co/rG6Oz8A6bE

The 23-year-old from Montreal entered the tournament ranked 76th on the WTA Tour – the lowest she’s ranked in four years – which should drop again after this latest performance.

Genie had her serve broken twice in the first set, but was able to break back twice herself to force a tiebreaker. In the tiebreaker, Rodina won easily, taking it 7-2.

Bouchard started the second set on the right foot, breaking Rodina’s serve for a third time in the match, but then fell apart, losing six games in a row to hand the match to the Russian.

“My confidence is not high at all, at this point in time,” Bouchard told reporters. “I definitely had question marks about what my level would be like coming out today.”

This is no longer just a slump for the Canadian, who hasn’t been relevant in major tournaments for quite some time now. She made the third round of the Australian Open in January, but was eliminated in the second round at the French Open, and ousted in the opening round at Wimbledon this year.

Bouchard hasn’t appeared in a quarter-final at a Grand Slam since the Australian Open in 2015. It’s been over three years since she burst onto the global scene in 2014 as a 19-year-old, making the semis at the Aussie Open and Roland Garros, to go with an appearance in the Wimbledon final and fourth round at the US Open.

She hasn’t won a tournament of any kind since 2014 in Nurnberg and it’s been over two years since she’s been ranked in the top 20 in the world.

Bouchard has risen up the ranks of fame during this slide in her tennis career, which may or not be a coincidence. Genie has all the tools to become great once again and it’s up to her to figure it out.