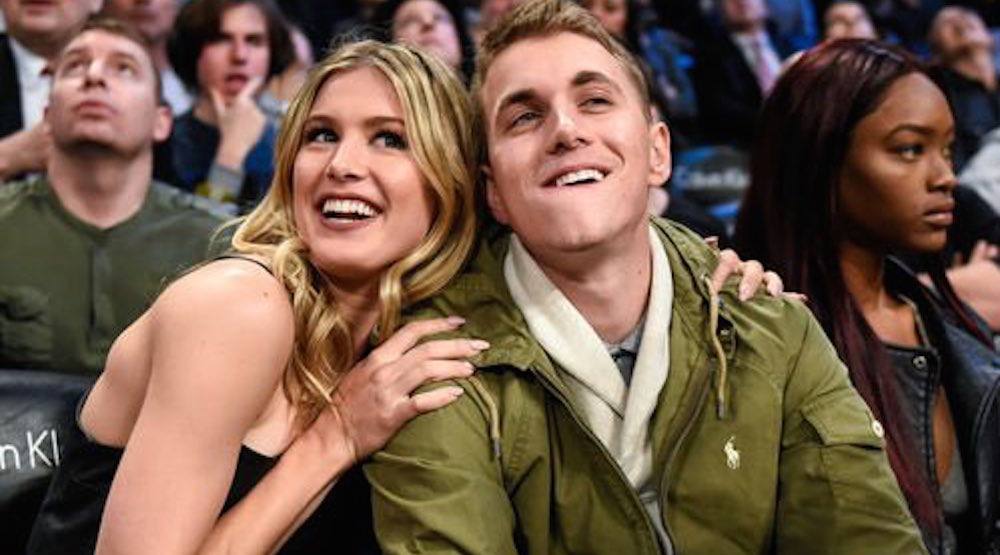 Was there a THIRD date??

That’s what the internet wants to know after Genie Bouchard was spotted with the Super Bowl bet guy from Twitter yet again.

The Canadian tennis star became friends with John Goehrke in a most unique way.

With the Atlanta Falcons up 28-3 on New England midway through the third quarter of the Super Bowl back in February, John asked this question:

Genie, feeling confident in the Falcons’ chances (and really, who wasn’t at that point?) responded to John’s question with “sure.”

Tom Brady led the Patriots to an amazing comeback win and the rest was history.

Bouchard not only kept her word, she made helped make it into a media circus by flying John to New York to sit court-side with her at a Brooklyn Nets game – the same week as her debut in Sports Illustrated. It was a fun moment that got headlines all over the world, but it’s not how this story ends.

John, who’s close in age to Genie, recently met up with his friend from Twitter on a trip to the Bahamas. They posted a few photos of their meet up on social media, causing quite the stir.

This photo posted to Bouchard’s Instagram page received over 1,500 comments:

Here are some photos from John’s trip to the Bahamas:

This photo received more than 3,400 retweets:

But still, this story isn’t done.

New pictures have surfaced of the pair together again, this time reportedly on a beach in Miami on Tuesday.

So are they dating? Are they friends?