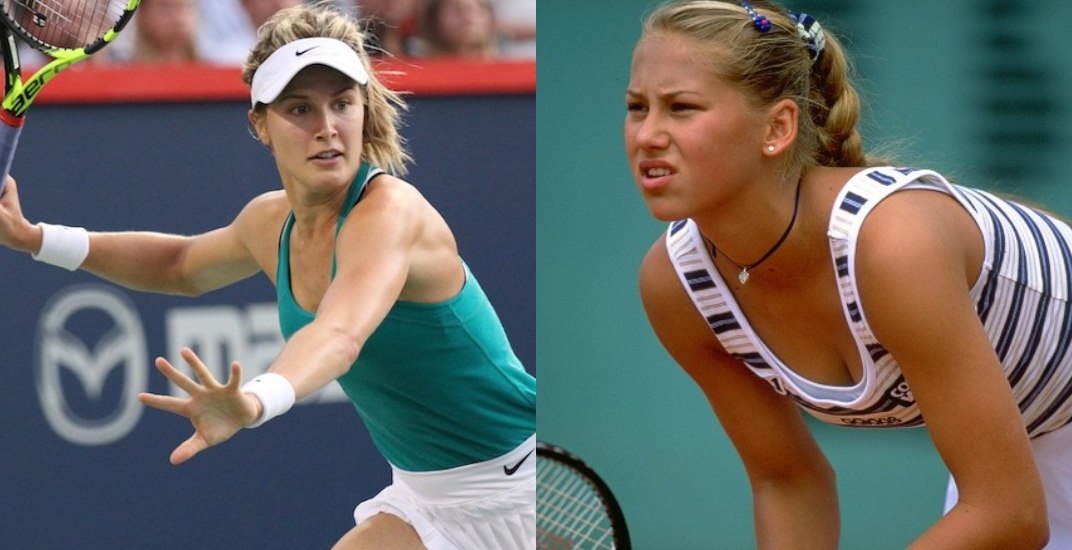 It’s been another tough year for Genie Bouchard.

The former Wimbledon finalist will surely see her ranking drop again after a three-set loss in the first round in West Vancouver on Tuesday.

Currently ranked 114th in the world, Bouchard lost to World No. 125 Timea Babos at the Odlum Brown VanOpen — a tournament with $100,000 in prize money that exists on the ITF Tour, not the WTA.

Bouchard hasn’t won a singles match since bowing out in the second round in Dubai in February, losing nine first-round contests since then — with seven of the losses coming to players ranked outside the top 50.

Since being ranked as high as fifth in the world in 2014, Bouchard has steadily slipped. The Montreal native finished 2015 ranked 48, and was ranked as low as 194th last year.

But through it all, Bouchard has maintained an off-court celebrity status.

She’s an outgoing personality on social media, which led to a highly publicized date with a random guy from Twitter after she lost a Super Bowl bet. Genie now has over two million Instagram followers, to go with 1.7 million followers on Twitter – more than double the count of current world No. 1 player Naomi Osaka on both platforms.

LETS GET THIS THING GOING

Part of the reason for the Bouchard’s fame is her looks, with the 25-year-old drawing attention to them after appearances in Sports Illustrated’s Swimsuit Issue.

That has led a number of fans and media to compare her with another female tennis player who became more famous for her looks than her on-court play.

Anna Kournikova enjoyed great success at a young age, debuting at the US Open at age 15 and breaking into the top 10 on the WTA Tour just two weeks after her 17th birthday.

Like Bouchard, Kournikova’s demise seemed to happen as her off-court fame rose.

She was named one of People Magazine’s 50 Most Beautiful People in 1998 and even appeared in the 2000 film Me, Myself & Irene starring Jim Carrey and Renee Zellweger.

And like Bouchard, she appeared in Sports Illustrated Swimsuit Issue in 2004.

While Bouchard hasn’t reached that level of off-court superstardom, she has something that Kournikova never achieved: winning a WTA tournament in single’s competition. Bouchard has won one WTA tournament in her career, at Nurnberg in 2014, in a season that also included semi-final appearances at the Australian Open and French Open, as well as a Wimbledon final.

Though Kournikova achieved great success in doubles, she made just one Grand Slam semi-final in her singles career, at Wimbledon in 1997.

Bouchard has the edge in terms of career on-court earnings, taking home $6.3 million dollars in her career to date, while Kournikova made $3.5 million on tour.

But in terms of money made off-court, Kournikova wins easily, reportedly earning $10 million a year in endorsements during her career.

Bouchard was the 10th highest paid female athlete in the world in 2016 according to Forbes, with $5.5 million of her $6.2 million income coming from endorsement deals with companies like Nike, Colgate, Aviva, Usana, and Rolex.

It’s not unheard of for tennis players to make more money in endorsements than they do from tennis — Serena Williams reportedly earns $25 million annually in endorsements, compared to the $2.4 million in prize money she’s made this season. But endorsements are still tied to on-court play to a degree, with a number of companies dumping Bouchard in recent years.

Bouchard still has a contract with Nike, though the money she receives is reportedly tied to her ranking, with the company apparently paying her zero dollars when she was ranked 116th in the world last year.

Bouchard left it all out there, falling just short to Andreescu. Plenty to be proud of in a high-quality clash. 🇨🇦

Bouchard has shown signs of hope in her play, so perhaps all is not lost, though her best days are most certainly behind her.

She needed a wild card entry to get into the Rogers Cup, but pushed eventual champion Bianca Andreescu to three sets. While that’s a respectable showing against a rising star, unfortunately, three-set losses have been a theme of her most recent losing streak, with six of her last nine losses coming in three sets.

Perhaps some of the pressure will be off her shoulders going forward, as Andreescu has decisively taken over as Canada’s top female tennis player, so Genie shouldn’t be the focus for Canadian tennis fans and media.

It’s been over two years since Bouchard made it to the third round of a Grand Slam single’s tournament, so a return to success on the global stage would have to be considered a pleasant surprise at this point.

Still, whatever the cause of her downfall, we shouldn’t lose perspective of what Bouchard has accomplished in her career. Not many players achieve the world ranking she had, nor do they make as many lengthy runs at Grand Slams.