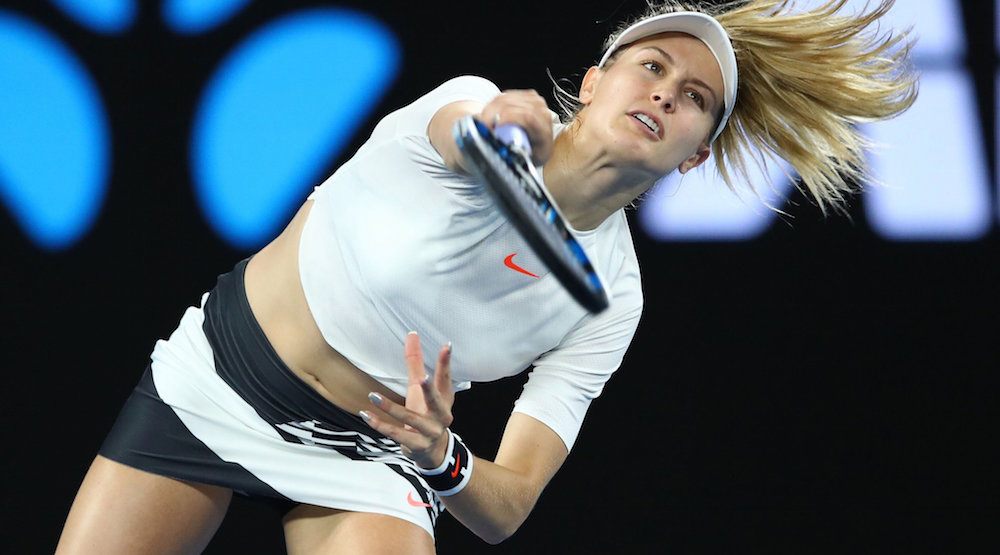 Genie Bouchard’s run at the Australian Open has come to an end in the third round.

The 22-year-old from Montreal lost a three-set nail-biter (6-4, 3-6, 7-5) to 35th ranked American Coco Vandeweghe Friday afternoon in Melbourne. It has now been two years since Bouchard has reached a quarterfinal at a major tournament, last accomplishing the feat in Australia.

Now ranked 47th in the world, the unseeded Canadian is coming off a disappointing year. Despite the loss to Vandeweghe, there were a lot of positives to take out of the relatively evenly played match.

Playing on the feature court at Rod Laver Arena, Bouchard double faulted in the seventh game of the first set, giving Vandeweghe the 4-3 advantage. Genie didn’t win another point on her opponent’s serve the rest of the set, losing 6-4.

Last year, that might have made Bouchard crumble. Instead, she kept her focus, and got up an early break in the second set. It was Vandeweghe who came unglued, arguing with the chair umpire before double faulting twice, to give Genie the 2-0 advantage.

Each player held serve the rest of the way in the second set, giving Genie a 6-3 win.

Genie breaks to start the third set. Perfect start. This is not the same Bouchard we saw 2015-2016. She's fighting. #AusOpen

Bouchard got up an early break in the third set, winning the first game and taking a 1-0 lead. This seemed to frustrate Vandeweghe, who showed her emotion more than the impressively stoic Canadian.

Genie appeared poised to win this match, until her serve was broken up 4-3 in the eighth game.

Bouchard nearly won the break right back though, pushing Vandeweghe to the limit numerous times in the next game. Genie had four break point chances, but couldn’t deliver the final blow.

Instead, the two players exchanged service holds before Vandeweghe broke Bouchard again while up 6-5. That Vandeweghe the match and a ticket to her first fourth round at the Aussie Open, and sent Bouchard packing.